With its newly-amended law, and some recent Supreme Court decisions on the matter, you’d think Canada’s copyright landscape would be clearer and more navigable.

It is true that the new law addresses some controversial digital media and copyright related issues, and it is true that consumer interests may be better protected as a result.

For the most part, we can legally make a copy of some music or a movie we purchased, and have the back-up for our own use. It is true, for the most part, that students and teachers may not have to face onerous copyright fees for photocopying a few pages of an assigned textbook.

And no, it appears we will not have to pay a copyright royalty ‘tax’ on blank microSD cards. 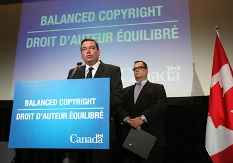 But, while the country’s Copyright Modernization Act was passed by Parliament at the end of June, the amendments will not come into force until a day or two after the Governor in Council (the federal Cabinet) fixes it by Order.

As of early July, that date had yet to be set.

And while the country’s Supreme Court has just released its decision or opinion on five separate copyright-related cases, its rulings were interpretations of what was the existing law –  in other words, the old Copyright Act as it existed before the recently-passed amendments. How’s that for timing?

As well, as important as the Court decisions are, they refer to specific litigations and specific cases, which may or may not be seen as precedents going forward.

As one example, the Court ruled that online previews of songs being considered for purchase are not eligible for copyright considerations (i.e., more money). The Court did not address a related issue of movie or video previews.

In another case, the Court seemed to favour educators over copyright holders in the use of photocopied materials for school purposes; however, the Court actually sent the case back to the country’s Copyright Board for consideration or enforcement.

In any case, Canada’s copyright law amendments came about after literally years of failed attempts at copyright reform; we signed World Intellectual Property Organization copyright and Internet treaties some 15 years ago, but never harmonized our own laws with those international agreements.

Now, complicating matters even further, a new WIPO copyright treaty has just been passed. Called the Beijing Treaty, for the city in which negotiations concluded, it formalizes and consolidates a number of rules affecting copyright, digital rights and performer rights.

And, if that’s not enough to muddy the waters, Canada is now a participant in the Trans Pacific partnership, and the TPP is in the process of negotiating its own copyright treaty.

Once it does, the TPP rules may in fact trump Canada’s own law.

Canada’s copyright laws may also be trumped by corporate interests.

The new law, as mentioned, does let a consumer make a personal copy of music or other legally purchased media content for their own use. You can make a protection copy of the kids’ favourite movie, or your own favourite CD, for personal use only.

But, if the source media is protected by a ‘digital lock’, installed by the rights holder or manufacturer, then by-passing that lock or ‘hacking it’ in any way leaves you open to copyright violation.

So, while the country lets you make a copy, the manufacturer may not.

The new law has a lot of protection for so-called TPMs – technological protection measures –  like digital locks and other embedded rights management tools, which may not be circumvented without consequence.

Another factor in the newly amended Canadian copyright Act is also causing some concern – it’s called the “notice and notice rule”.

If a rights holder feels that, for example, someone has illegally downloaded a movie, they can send a notice to an Internet Service Provider informing them of the alleged violation and requiring them to take action against a specific subscriber or consumer.

The ISP must forward the notice to that Internet user; what’s more, the ISPs must retain records for six months that allow the identity of subscribers to be established and later disclosed if necessary.

While that scenario has unfolded before, the formalization of the rule in law could be an extra onus on privacy considerations, if not cable and satellite bills (as providers seek reimbursement for their mandated activities).

In announcing the new copyright regime, the federal government stressed that the rights of consumers were carefully considered and protected.

It pointed specifically to the use of microSD memory cards, those used in smartphones, cell phones and other such digital media gadgets.

The Canadian Private Copying Collective (CPCC) had asked for such fees to be levied; in fact, it wants the existing levy on blank CDs — currently 29 cents each — to be continued at its current rate through 2013.

But the government says no levy will be put on blank cards; consumers will not face the additional costs for storing stuff (even copyright protected stuff) on a smart card that they do on an optical disc.

So Canada does have its new Copyright Modernization Act, and that is an achievement after all this time. Some of the most popular digital media and technology-related activities of our times have been addressed, and in some cases, accepted and allowed.

In other cases, the copyright waters are still controversial, contradictory and unclear.

Sony spruces up Xperia line with a SmartWatch and NFC SmartTags