There are regular horror stories in the news about wireless bills in like the tens of thousands, yet each new one seems to shock. There are regular studies and surveys that say we pay too much, in Canada compared to the rest of the world, and each one offends. 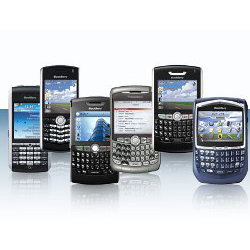 And, recognizing that at least something is amiss, there are consumer, industry and government attempts (albeit somewhat uncoordinated) to standardize or regulate a consumer protection code for wireless services and cellphone use.

So isn’t tip number one in how to avoid cell phone bill shock to know your plan really well; the general package and the specifics of your services and costs.  The details could be ‘hard’ to find in text, but they can’t be ‘hidden’ by law.

Nowadays, the price of wireless services can be a competitive advantage for the provider company and knowing their plans, pricing and service levels is important for the educated consumer; likewise, keeping up with the changes in your own plan is important, as is checking your bill for ‘off-plan’ unauthorized or improper activity.

If you can’t keep up with your smartphone’s plan and activity, there is help!

Like in the U.S., where for almost a month now the wireless companies have to provide alerts to their subscribers when usage is approaching plan limits on voice, or data, or text or for international roaming.

(Real-time data metering for smartphones and other portable wireless devices is also becoming a point of competitive differentiation in the market, by the way, and customers can shop around based on its availability, should they need or want the added service.

In some cases, the subscriber is simply told, or notified, by text message that a plan limit is near; sometimes, in the case of data usage for example, they are redirected to a web page with instructions on how to purchase additional data.)

Here in Canada, individual cellphone service providers voluntarily offer a similar usage service, and some will notify customers about impending data plan limits or overages by the minute or the megabyte.

However, some individual provinces and jurisdictions do have more binding initiatives already underway on consumer protection and wireless initiatives: Québec, for example, and its Consumer Protection Act, has specific criteria for operating a wireless service and offering those services to customers.

Now, a national Wireless Code is expected to be published sometime this year by the CRTC, Canadian Radio-television and Telecommunications Commission, and Industry Canada.

Having held public hearings and conducting online surveys on the topic, and having received thousands of signatures, submissions and petitions asking for greater protection from and more competition in the country’s wireless marketplace, the CRTC has released draft proposals for such a code, but how actionable the Code will be in legal, contractual terms remains to be seen.

As does the consumer’s reaction to such a Code; how will the wireless consumer respond to any more formalized and national guidelines for buying and selling wireless services?

The average smartphone user downloads just over 870 megabytes per month, according to NPD Connected Intelligence reports, and mobile data traffic is expected to increase 13-fold within a few years, according to a recent Visual Networking Index Global Mobile Data Traffic Forecast

And, as a result, those ‘shocking cell phone bills’ will continue to be sent out – in fact, Canadians are already paying 13 per cent more this year than last for cell phone service.

That’s according g to a J.D. Power & Associates study that shows the average monthly cell phone bill in Canada topped $77 this year, an increase of $9 from 2012.

“Cell phone service in Canada should be affordable for everyone – it’s that simple,”  OpenMedia.ca Executive Director Steve Anderson noted of the survey results, saying that the country’s ‘Big Three’ providers can “raise prices at will and … trap Canadians in restrictive contracts with poor service. It’s totally unacceptable.”

But Scotiabank analyst Jeff Fan’s says in a report that Canada’s wireless market is alive and well and argues that Canadians are paying lower costs than our American cousins.

Bell, Rogers, and Telus do provide more than 90 per cent of cell phone service in the country, but the appearance of  independent providers in recent years has meant the availability of competitive wireless offerings with lower prices, less restrictive contracts and greater flexibility for users.

In either case, the evidence is clear: cellphones, smartphones and tablets are costly companions for us, particularly when travelling, which is what they are designed to do.

Facing that reality, as a wireless device owner and wireless service subscriber, we should always make every effort to know our package or plan well, and always check on special-use situations like roaming rates if you are planning a trip.

Even if you are just heading across town, think about turning off app synching on your smart phone when not needed. Every time an app updates itself, it uses data and you are paying for it.

If your provider does not have a data gauge service, you can download one of several data counter apps available yourself so you can keep track of how much data you’re churning through. 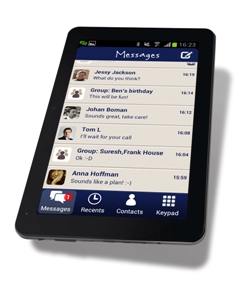 But if you are travelling overseas, think about less expensive alternatives to your current data plan: options can include VoIP (Voice over Internet Protocol) apps like Skype, which can be a cheap communication tool, but try and find free Wi-Fi from your hotel or a local coffee shop before you start uploading travel photos – it can costs hundreds of dollars to upload one photo if you are not careful.

A new VoIP service called Plingm is offering the same minute by minute phone rate whether you are at home or on the other side of the world. Plingm’s new app provides offers fixed rate plans in countries around the world, at different price points, but all minutes are purchased within the app and are billed like any purchase made in Google Play or App Store, no PC needed.

Another option (those who have unlocked phones, not tied to any one carrier, will know) is to purchase pre-paid SIM calling cards. You can even get international prepaid cards, and avoid paying international rates when calling home.

For constant travellers, there’s even a phone with dual SIM cards slots, to take advantage of the best of both worlds – local access and inexpensive international calling.

The new JT Smart Android phone from Telestial comes with dual SIM card functionality, and you can make and receive calls on the two SIM cards at the same time. The phone includes an activity monitor that tracks how much data is being used, and the phone is sold unlocked so it is not tied to a specific service provider.

Could the plasma TV market be dead in a few years?