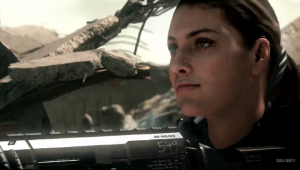 High-profile game titles are filled with muscle-bound men with 5 o’ clock shadows and menacing grins, martial arts experts sans shirt and apt with the skill to kill, and massive monsters that appeal to those of the testosterone-fueled male persuasion. Female characters are typically tiny-waisted, high pony-tailed, short-skirted eye candy. Or the stereotypical damsel in distress, back of hand firmly on her forehead as she awaits the main character to inevitably save her from, well, something.

But the gaming industry is changing. And we’re not only seeing more powerful female character leads within video games, but we’re also seeing a greater number of women becoming serious gamers themselves, and having influence on the development side, too.

Here are four ways that women are digging deeper into the gaming industry:

A recent Forbes article  highlighted a few titles it felt had helped raised the profile for female in-game characters. Among the list was Tomb Raider (Lara Croft), Skullgirls, which boasts an all-female cast of characters, and Call of Duty: Ghosts, which, for the first time, now lets players select a female soldier for their character.

It sounds insignificant, but it’s a big step when a female is not only accepted as a serious gamer, but can do so openly without hiding behind a male character mask. (Though that character addition was not without backlash.)

Would you believe that almost half (45%) of gamers today are women? According to the Entertainment Software Association (ESA), that is indeed the case. And while many of the games women gravitate toward arguably fall into the fun or fitness genres versus role-playing games (RPG) and first-person shooter titles, a growing number of women are flocking to these more intense gaming experiences.

Mart Munro is a 34-year-old working mother to a toddler daughter, but she loves to unwind on occasion with an RPG or action adventure game like Witcher or God of War. “It’s a nice escape from the real world,” she says.

While she is forced to play as a male in Witcher, Munro is content to encounter many strong female characters along the way. But she admits that when it comes to first-person shooter games like Call of Duty, women are severely underrepresented. And she views the portrayal of women in games like Grand Theft Auto as downright questionable.

Anita Sarkeesian and the Feminist Frequency
Who knew that a single Kickstarter crowdfunding campaign could cause such a stir in the video gaming industry? Self-professed media critic Anita Sarkeesian created the Feminist Frequency video web series  to look deeper into how women are represented in popular culture, including, most notably, video games.  Her latest 25-minute episode delves into a phenomenon she calls Ms. Male Character, which describes the creation of a female version of an already-established male character. Ms. Pac Man and Smurfette are two of the most obvious examples.  People like Ms. Sarkeesian are helping shed the spotlight on the lack of appeal to women in the latest games, and developers are taking notice. 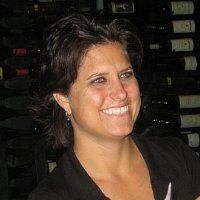 More and more women are working in the gaming industry, and in far more prominent positions. Ever heard of that up-and-coming gaming console called OUYA? The CEO of that company is Julie Uhrman, who managed to get $15 million in funding for the console.

Alisa Chumachenko is a force to be reckoned with in the Russian gaming market with her company Game Insight International, which enjoyed $50 million in revenue in 2011, and has since expanded to open an office in San Francisco, CA.

What Does the Future Hold for Women in Gaming?

The misconception that serious gaming is just for teenagers and kids has been realized. And it’s clear that gaming is resonating with both sexes.

As women continue to develop, fund, and play high-profile games, developers will continue to adapt to better appeal to the fairer sex. What’s important to realize is the significance of this for the industry as a whole. It means drawing in an entirely new target demographic. And with traditional gaming consoles having to compete with today’s smartphones and tablets, it’s important to look at the full market, not just half of it.