Messaging apps like Apple’s FaceTime, Microsoft’s Skype, BlackBerry Messenger  and WhatsApp have been instrumental in replacing email and text messaging as a means to keep in touch.

Messaging applications on mobile devices and PCs are vital in keeping individuals connected to their families. Email has faded as the go to means of communication, specially when instant messaging is concerned. Apps like Yahoo Messenger may have thrived on the PC but haven’t translated well across various mobile devices.

Some platform dependent solutions, like Apple’s FaceTime and Messages have been successful in offering quick, safe and free mobile video and text messaging for users that have similar iOS devices. I know of many instances where users tied in to these features refuse to switch devices or operating systems because everyone that matters in their life is connected through these services. 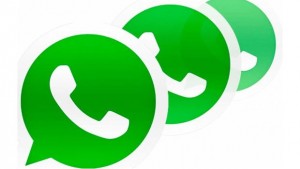 It is the same thing for BlackBerry’s venerable Messenger app, which has recently gone cross platform and is available to iOS and Android users as well, making it a big player in the segment it helped create. BBM has long been considered the ‘crown jewel’ of  BlackBerry devices and it is globally recognized.

WhatsApp is the cross-platform text messaging service which Facebook recently bought for a jaw-dropping  US $19 billion dollars. Facebook, whose social media website and mobile apps have slowly displaced email as a means of communication also has a Messenger app but it understands that WhatsApp already has a big lead in the market with over 500 million global users. Facebook is aiming to take this number to 1 billion users.

The strength of WhatsApp is that anyone on an iPhone, Android, Windows Phone, BlackBerry and even Symbian smartphone can use WiFi or data to send text, photo or even recorded voice messages for free. Users pay $ 1.00 a year for this service and it works anywhere in the world.

The family factors in 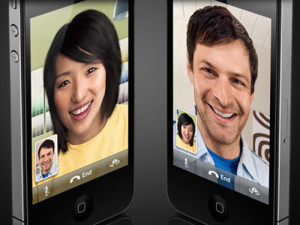 The ways and means to stay connected with family and friends factors into technology buying decisions. iPad and iPhone users are likely to suggest their parents or friends invest in similar devices and once they see how FaceTime works so well for video calling, it’s a big  selling point because unlike a cross-platform solution like Skype, FaceTime and Messages (Apple’s free texting app) are built-in and optimized for the devices that they are bundled with.

Families that are separated by location can be constantly connected and share thoughts, conversations, photos and video thanks to these services. As my toddler grows, he sees his overseas cousins, aunts and grandparents through FaceTime. Having the service running during mealtimes and at times convenient to both time zones makes it possible to keep connected and the experience has been nothing short of magical.

WhatsApp, BBM and Messages have been instrumental in keeping in touch with my wife while we’re apart travelling or at work. WhatsApp most specially since it is cross platform and I tend to switch devices and platforms quite regularly. WhatsApp is great because it is tied in to my phone number and the user experience is very similar regardless of what phone I’m using.

Whats Your Tech? Do you use any specific app to keep in touch with friends and family, how important is messaging when choosing a new device? Let us know.

Three of the best webcams for video conferencing