We still have a chance to improve our standing among the planet’s top-rated countries.

No, we’re not talking futebol anymore, not even the World Cup competition four years’ hence – we’re talking this year’s James Dyson Award, and the fact that entries are still being accepted for this global contest in technological innovation and sheer problem-solving ingenuity.

Canada is currently ranked third among the 18 participating countries for entries at this point, contest organizers report, and this country’s innovators have a really strong record in the Dyson competition: for the past three years a Canadian has been shortlisted for the top 20.

Over the years, Canadian finalists have come up with precision robotic surgical tools, portable sanitary systems for disaster relief, even an energy source for our techno-gadgets that’s fuelled by human muscle power. 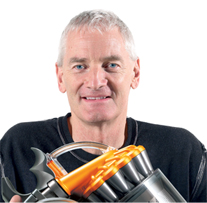 This year marks the 10-year anniversary of James Dyson’s search for new and better ways to fix or enhance or improve almost anything. With a prize fund of over $185,000, his Foundation (he’s an inventor and innovator, too) simply invites young engineers to “design something that solves a problem”.

Students compete for a prize of $46,500 and a further $18,500 for their university. Entries may be submitted until August 7, along with sketches, images, prototypes and videos that show an iterative design process for their concept. There are terms and conditions but no cost to register, the first step in entering the competition.

This year’s Canadian entrants – so far – have come up with some equally ingenious innovations, designed to overcome problems related to lost luggage, polluted beaches, human mobility and the time it takes to shell peanuts.

Case Sensitive is not only a great name – it’s a clever way to not lose baggage when travelling. The techno- and GPS-enabled solution can track a connected suitcase anywhere it goes, and it record details of the trip, in case your case goes somewhere you don’t.

Kal Sobel from Mechatronics Engineering at the University of Waterloo made the submission.

Shorvac is called an environmentally-sensitive beach cleaner and yes, it does involve a person as the cleaner. But it also uses a powerful but still conveniently operated portable system for sucking up and storing litter and waste from an otherwise beautiful beach.

A drawing shows the Shorvac in action.

Stefan Djerkic, Bachelor of Industrial Design at Humber College, was volunteering for a recent Great Canadian Shoreline Clean-up and talking to people about some of issues faced and tools used when he started developing his idea.

Charles Williams (Industrial Design, Carleton University) went further afield to see for himself the challenges and the opportunities faced by peanut farmers and shellers in Africa.

He says two billion hours a year are spent hand-shelling peanuts in Africa, but the hand-powered African Peanut Sheller he’s developed is a hundred times faster, made of locally-sourced materials, and full of potential for saving time and raising incomes. 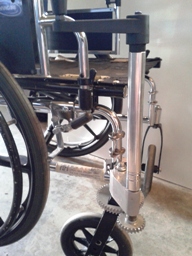 A prototype of the Single Hand Drive Wheelchair

There’s more online info about all these innovative solutions to specific problems, of course, and Case Sensitive, African Peanut Sheller and the Single Hand Wheelchair also have YouTube videos.

But if you still need some motivation to enter, Dyson this year is sharing the secrets to some of his own inventions – he has 400 patent applications all told, probably starting when his world’s first cyclonic vacuum cleaner hit the market more than 20 years ago and launched his successful career.

Well, mostly successful – some of the ideas he’s sharing are ones that didn’t quite make it…

It was a portable, wearable device that worked as a communications device and PC. Worn like a pair of glasses, the system used audio prompts and visual cues to overlay information on your surroundings.

Hmm…where have we heard that before?

The augmented reality platform would be known as Dyson Halo, would it ever to be released.

Back in 2001, Dyson began work a headset with two tiny plane mirrors reflecting the display of two tiny monitors, mounted by your temples, onto a prism, creating the illusion of an image display about a metre in front of you.

The full colour 3D, heads-up display could show a series of application icons, like smartphones today. A virtual personal assistant, like Siri, could read out emails and interpret basic voice commands.

There was a dockable computer, wearable wrist controller and gyro system with the early prototypes, but after three years of research and development the project was put on hold.

Dyson says elements of the technology are being used in research projects, and there’s always the chance that with a little fine tuning of its specific problem-solving capabilities, the Halo might win an award some day.

OpenTable and the evolution of a great idea