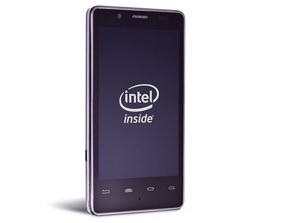 Intel finds itself in the unusual position of coming from behind in the burgeoning mobile processor market. How can it stay relevant in the mobile-first economy? Intel has dominated the PC notebook, desktop, and server markets for a long time. Considered the premium option for high-end devices, the company has historically produced tinier processors that are more powerful yet  more power-efficient chips that have led to thinner and lighter devices on a yearly basis. 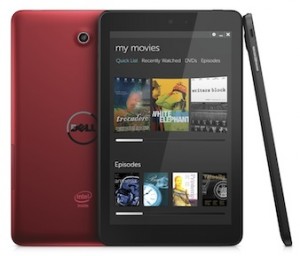 The perceived high cost of Intel processors has been one factor that has held Intel back in providing mobile processors to power popular smartphones and tablets. They’ve also tried to scale their desktop processors down for more efficient mobile device use.

Their Atom line, long considered standard on affordable netbooks and low-performance PCs, has slowly been pivoted towards tablets.

Intel has actually done an impressive job with tablets. Their Clover Trail Atom processors can power both Android and Windows 8.1 tablets such as Dell’s Venue line.

The Dell Venue 8 Pro device I tested a few months ago ran full Windows 8.1 applications admirably, even on such a small device.

The smartphone segment has been largely ruled by the likes of Qualcomm’s Snapdragon and Nvidia’s Tegra processors. Apple’s iOS devices run a bespoke ARM processor that’s partly built by Samsung, whose Exynos processors have been gaining ground as powerful, multi-media focused chips.

Intel’s slowly been able to infiltrate the smartphone market but on fringe devices and only in certain markets. Examples on on their “Smartphones with Intel Inside,” product page show a few devices from ASUS, Lenovo, and Motorola devices mostly available outside of North America.

During his year’s Mobile World Congress, Intel revealed a new 64-Bit Atom processor that could be a game changer for them moving forward. The Merrifield processor was designed to run Android smartphones and is expected to offer best-in-class battery life.

This new Intel Atom Processor Z34XX, if priced right and made available soon, can put Intel on the smartphone map as well as shake up the current duopoly that Nvidia and Qualcomm have over the larger mobile device market.

Intel can continue pushing great tablet and Ultrabook processors while slowly edging into the smartphone space with their new portfolio of products and if they play their cards right and partner with the right OEM’s, they could change the mobile processor landscape with power-efficient and innovative chips for mobile devices.