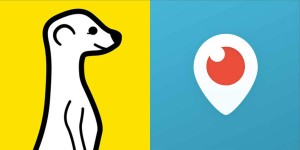 With personal streaming video apps like Meerkat and Periscope, we’re seeing social media evolve right before our eyes into an instantaneous and empowering video revolution.

Facebook and Twitter were revolutions in their own right, but they focused on text and while Facebook is rooted in the web, Twitter has become the key mobile way to tap into one’s vast network to get the latest news, engage one’s peers as well as scan for the latest trends.

Mobile has also enabled photo sharing service Instagram (also owned by Facebook) to explode exponentially in terms of users as well as potential. Instagram allows anyone to post photos as well as short videos and vignette’s that are viewed and rated by followers. Another app, Vine, is focused on short videos as well. 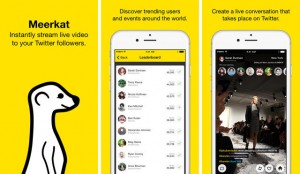 All of these social media apps seem to pale in comparison with new video streaming apps like Meerkat and Periscope, which are quickly gaining popularity.

Meerkat is an iOS-only video streaming app that piggybacks on one’s Twitter account and makes it possible for users to stream live video to their followers. Celebrities and various high-profile Twitter users have helped Meerkat gain popularity and the service claims it is can have as many as 5000 people watching one person’s stream.

A similar video streaming app called Periscope, has also recently made headway and seems to be geared to compete with Meerkat. Periscope, also exclusive to iOS devices and owned by Twitter, has gained ground as a video-based form of social media and also ostensibly as a tool for citizen journalists. 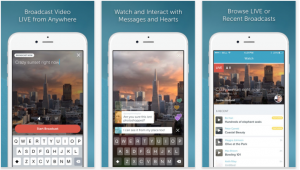 Heralded as a new era in ubiquitous live broadcasting, Periscope happened to launch right before an explosion in a downtown New York building occurred. Periscope debuted on the spot as some intrepid users started broadcasting their man-on-the-street situation reports before any media agency was able to respond.

These broadcasts were live, in realtime, and with the ‘reporters’ giving viewers their insights and describing the events as it happened.

Sure, the broadcasts lacked depth and weren’t as polished as a TV breaking news report, but there’s no denying that an event like this was a watershed moment for the next level of social media. That explosion was catastrophic and dangerous, it was reported that 30 people died as a result of the building’s collapse.

While Periscope proved to be a viable streaming video service, it also brought to question whether or not regular citizens should risk their lives to ‘report’ events as they take place. 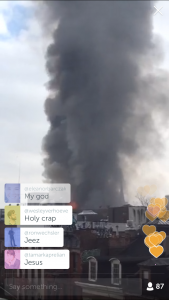 With these tools in hand, backed by brilliant apps and powerful cloud computing technologies that can take images from a smartphone and instantaneously stream them in HD quality to hundreds or thousands of followers in mere seconds, we’re likely to see a shift in social media as content.

While rooted in content consumption, social media has been light on in-your-face engagement. You like pictures and retweet tweets, poke friends and maybe scribble a few lines of text giving your 2-cents on whatever it is you’re killing time on.

With Meerkat and Periscope, users become the content creators. They are both camera operator and reporter, they need to be present, describe the events around them and when necessary respond to their followers who are posting questions  and comments in realtime. This really disrupts the social aspect of social media and switches users from passive viewers to active participants and content creators.

Only time will tell whether Meerkat or Periscope will dominate this brand new area. The first of these two apps to be made available on Android will likely enjoy a spike in users.

These applications could very well be the future of broadcast news and further push mobile as the tool of choice for disseminating information in realtime.

HP goes for head start with new Back to School PCs