Attendees at the 20th anniversary of an event now known as the Intelligent Community Forum (ICF) could be forgiven for feeling they walked into a TV news show, not an ICT industry event. 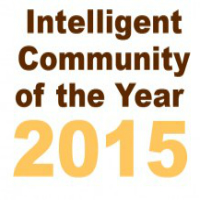 Whether by careful advance planning or sheer happenstance, a number of references to activities that popped straight out of the day’s headlines punctuated several presentations made at the event, held in Toronto last week.

With the city still reeling from a major shutdown of its entire subway system, it was ironic at best to hear about the tremendous advantages that sophisticated communications infrastructure and advanced information technologies are bringing to smart cities around the world: seems a power surge in the TTC’s information and communications system fried a back up generator, shutting down all communications!

Email, phone and Internet systems are all plugged into the same outlet at the TTC, so to speak, and so the disruption clearly underscored the need for independent back-up systems so that one glitch would not upset the entire apple cart.

And this happened in a city that is – well, it was up until this year’s annual conference – the most intelligent in the world!

No one is saying Toronto lost its prestigious title as Intelligent Community of the Year because of the subway snafu.

In fact, the independently organized Intelligent Community Forum honours another city every year when it presents the award as part of its annual Summit. After several years in New York City, it came to Toronto, where in fact the smart city movement was born two decades ago during the founders’ first event, known then as Smart ’95.

Toronto won the award last year, and at this year’s event, Columbus, Ohio succeeded Toronto as the think-tank’s annual Intelligent Community of the Year.

Evaluation criteria include technical, social and political elements; smart communities have high broadband Internet penetration rates for both the commercial and residential sectors, seventy per cent or higher in fact.

Speed is great, but so too, access. Smart cities should practice some form of ‘digital inclusion’ with their policies and procedures, such as ensuring Internet access with publicly available connected computers, and digital literacy training for those who want or need it.

Digital literacy is a foundation for a knowledge workforce, and smart cities are active in educating citizens, supporting educational institutions and ensuring a productive student-to-PC ratio in those institutions.

Smart cities support innovation, too, not just through policy, but with seed capital availability, a grants and loans pool for local entrepreneurs, and by supporting public-private partnerships running business incubators and tech start-up mentorship programs.

Another criterion for smart cities, apparently, is that they do not have obstructive old highways blocking their spanking new waterfront! 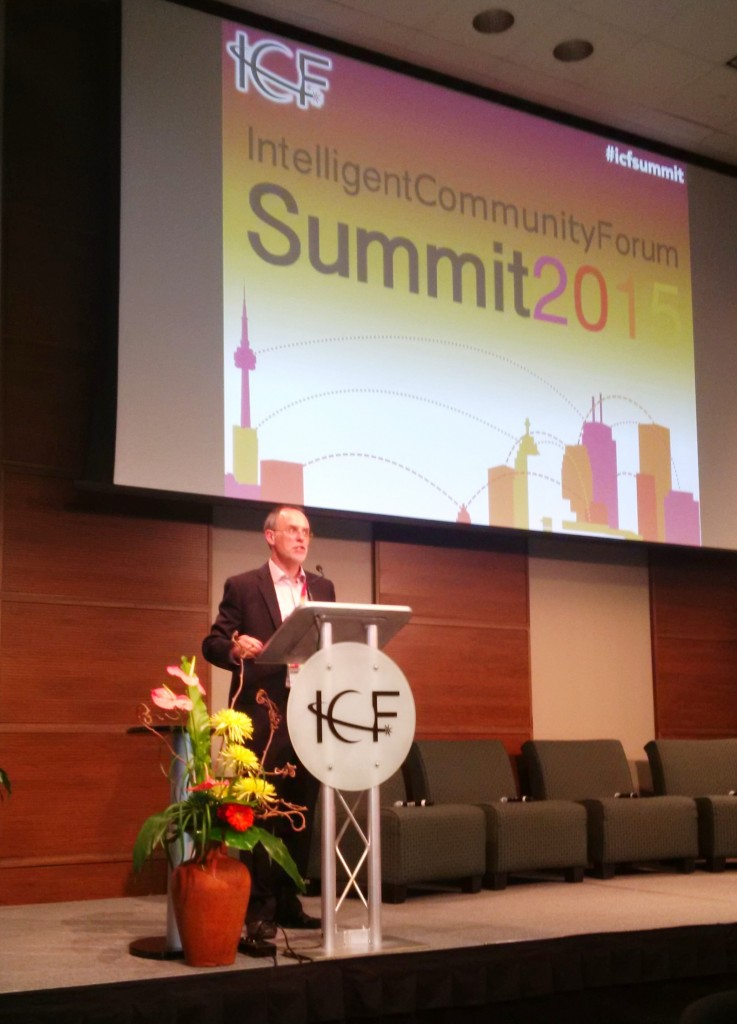 ICF co-founder Robert Bell described and illustrated the initiatives of many intelligent communities around the world.

During his Urban Master Class presentation, ICF co-founder Robert Bell described and illustrated the initiatives of many intelligent communities around the world, including nominees for this year’s award and previous winners.

In describing smart city developments in Porto Maravilha, Brazil, he noted how some 20 years of frustration over a major commuter route had eventually been addressed: there was a surprise road closure one day, and the next, they blew it up!

“The elevated highway has got to go,” Bell said, as much for the residents of Porto Maravilha as Toronto, where city council had made yet another decision in its long history of dealing with the elevated Gardiner Expressway.

“They went through 20 years of putting off,” Bell said of Brazilian experience if not Toronto’s own, “and it could have been done long ago.”

(One of the biggest benefits realized by cities which have done away with their own version of the Gardiner is the recovery of valuable land that becomes target for development, and soon is home to broadband-enabled, LEED-certified, state-of-the-art buildings that can house existing businesses, tech entrepreneurs and early stage start-up companies where once only cars flew by.)

In a follow-up presentation that looked further at the positive impacts of ultra high speed gigabit infrastructure, CISCO Systems’ VP and GM for Smart+Connected Communities, Rick Huijbregts tracked the recent history of technological development, showing for example that eighty per cent of Internet traffic is now mobile (in some jurisdictions), thus increasing the need for even-handed bandwidth distribution and access. 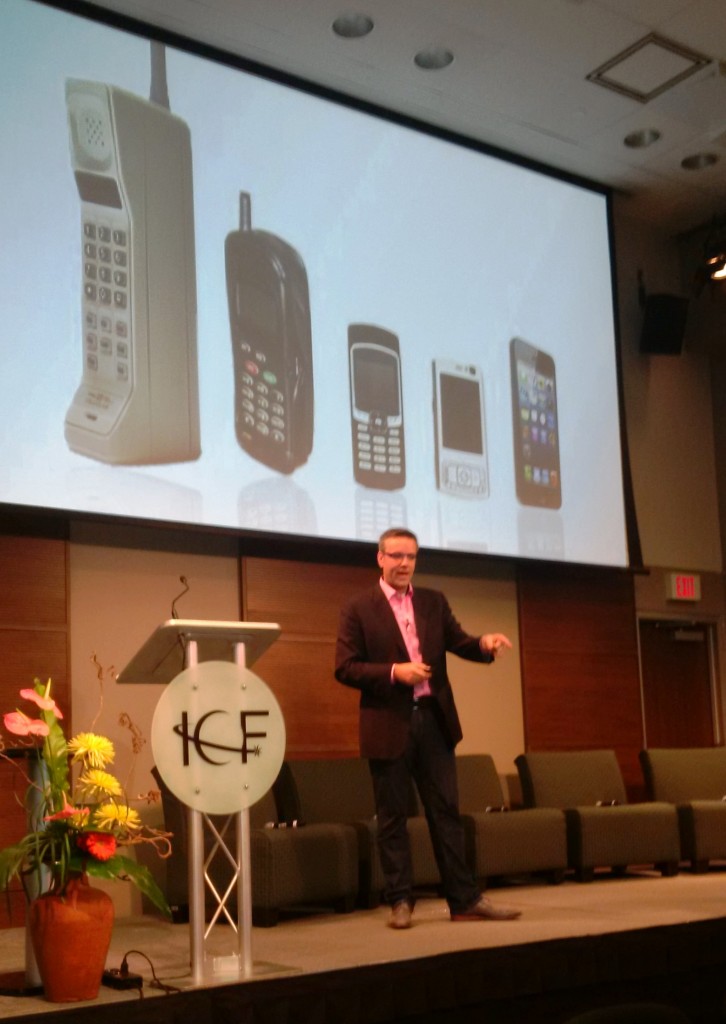 He said the growth of not just people on the Internet, but things, is driving broadband need as well: there will be some 40 or 50 billion devices connected to the Internet of Things in the next five years, which again requires a reliable ICT infrastructure (with duplicate footprints and robust back-up, right?!?).

“How many of you work in tech?” he asked at one point. From an audience made mostly of municipal workers, government employees and the user community, a few hands rose.

“All of you should raise your hands,” Huijbregts scolded, citing numbers in his presentation to show not just the growth, but the ubiquity, of technology in all aspects of our lives, at work or at play.

While a certain amount of cheerleading is expected as such events, new ideas that may seem counterintuitive to prevailing industry wisdom do arise, and it was Huijbregts who first held up a pin to the ballooning adaptation to ‘the cloud’.

The shared resources and increased power potential of the cloud does have its advantages, he agreed, but he also noted that “new destinations for processing” are emerging to support tech opportunities in a more local, better focussed and even security-enhanced computing environment.

‘Thinking global, computing local’ is an attractive concept in many ways, and he dubbed the new form of cloud computing “fog computing” for its closer-to-the-ground (i.e., nearer the user) aspects.

That opens to the door to what may be called ‘puddle computing’, where micro-type computing requirements are managed and provided by community-owned-and-operated resources when a nd where needed.

But it was Bell who cited a concept not often heard at tech conferences, and not often built into high tech infrastructure: morality.

In the two decades since he first spoke from the stage at a smart city event, with all the growth and development that has occurred, Bell continues to identify problems of inclusion.

“Broad sections of the population are not fully included,” he bemoaned of the opportunities that high tech can present, and that smart cities should offer.

That is not only bad economically, it’s immoral, he said.

How’s that for a TV news show headline?

Why digital projectors are the unsung heroes of home theatre