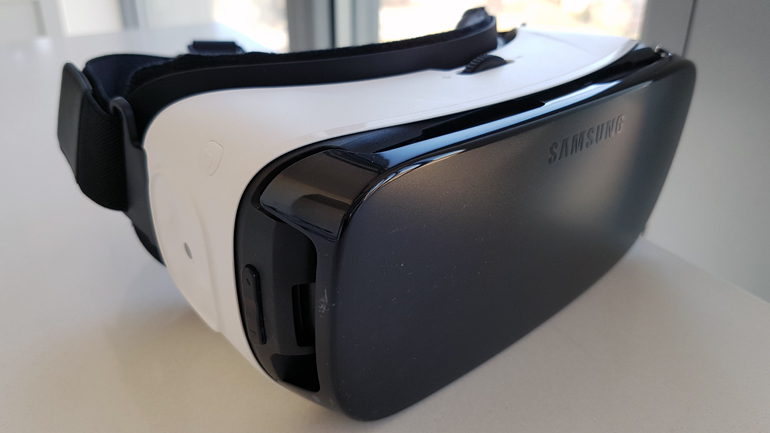 Samsung first launched its Gear VR headset last fall, but the hype around VR devices and content, coupled with the recent launches of the Galaxy S7 and S7 Edge, has cast a bright light on it. This isn’t on par with the expensive and powerful headsets from the likes of Oculus, HTC and Sony, among others, but it is one of the best ways to currently dip a toe into VR and 360-degree video.

Not surprisingly, Samsung wants to get as many of these in consumers’ hands as possible — a way to clutch onto market share as the category gains momentum and exposure with the masses. It offered them for free for those who pre-ordered the Galaxy S7 and S7 Edge, and looked to bundle it with either phone to slash the headset’s $140 price and add more incentive. Six devices, all Samsung handsets, are compatible with the Gear VR: the Galaxy S6, Galaxy S6 Edge, Galaxy S6 Edge+, Galaxy S7, Galaxy S7 Edge and Galaxy Note 5. While whatever other future flagship phones Samsung releases this year (like the Note 6?) could be compatible, there is no backward compatibility otherwise. Nothing else not on that list will work.

The Galaxy S7 and S7 Edge, despite being newer and more robust than their predecessors, also sport the same display and resolution, so there’s no verifiable bump in image quality. It’s also hard to gauge if the extra horsepower under the hood improves the overall experience by a significant margin. I’m inclined to say that it’s marginal, for the most part.

The phone is, after all, the engine that powers the headset. Beyond an accelerometer, gyroscope and proximity sensors, the Gear VR doesn’t have much to it, otherwise. A lighter build and more comfortable straps make it less cumbersome to wear than it was previously. Being a collaboration with Oculus, now a Facebook subsidiary, the design has several hallmarks of that. Oculus is, after all, a company that helped invigorate the concept of VR, which will culminate in its Rift headset launch as early as this month. 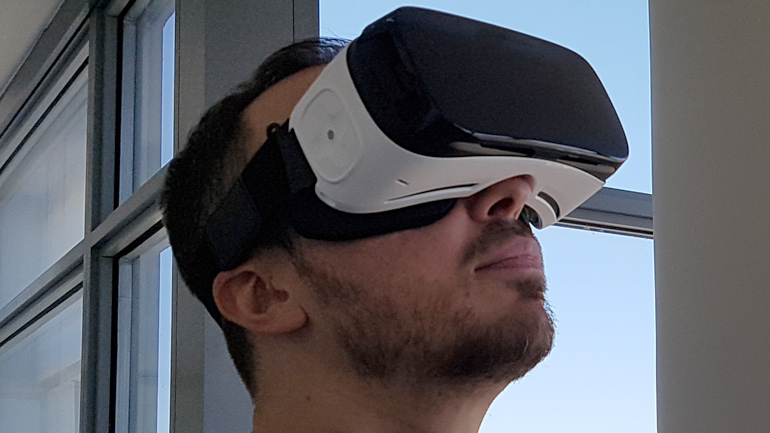 That is miles ahead of what the Gear VR is capable of, but the pricing is also indicative of the disparity, with the Rift going over $800 when the current U.S. dollar exchange rate factors in.

Setting up the Gear VR is somewhat of a strange process. It requires plugging the phone into the headset first, only to see a prompt to download the Oculus Store (you can’t get to it through Google Play) and then unplug to finish. Once it’s done, the Oculus Store icon appears on the home screen (and in the app tray) where you need to sign up for an account. 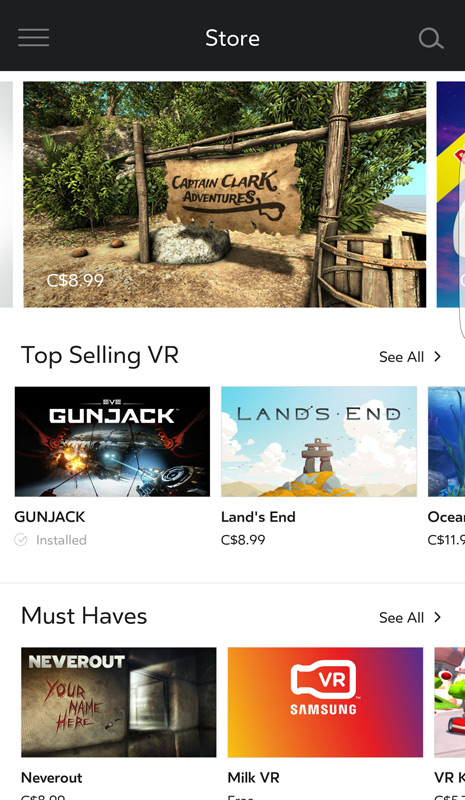 Content is continuing to grow, and what’s already available is a fairly impressive mix. Most games and apps come at a cost, ranging between $3-$10, meaning you could end spending more than you bargained for. Much of the content is 360-degree video, whereas the games are virtual. Netflix is included, but it does not offer either option — it just presents the video in a few different virtual locations, like the surface of the moon, for example.

During operation, the unit’s controls are limited. The wheel on top helps with focus, while a touch directional pad and action button on the side navigates and selects. The VR screen uses a cursor that lines up with the space between your eyes, so users would only need to look at what they want to open and and tap on the side to select it.

There is no dedicated headphone jack on the headset, but there is a slit where the front panel clicks in to make room for plugging in directly to the phone’s jack. Seeing the VR content is one thing, hearing it is another.

While Samsung will no longer be the only mobile device vendor in the VR space, its head start will have at least picked up some momentum. LG will have its own low-powered VR headset, and HTC its anticipated high-powered one in the Vive. Sony will launch its PlayStation VR (which should have some compatibility with newer Xperia smartphones) in October. What Apple might do with this category is unclear, but it isn’t likely to sit on the sidelines for too long.