The new video player is compatible with iOS, Android and online devices, and it uses adaptive streaming and bandwidth assessment tools to deliver HD video at what the public broadcaster is calling its highest quality ever.

Users can also interact with the player using assistive technologies such as Voice/Over and TalkBack vocal command recognition programs.

The next-generation, ad-supported video service rolls out with a library of over 600 featured CBC prime time titles including Dragons’ Den, Heartland, and Murdoch Mysteries, along with news, digital originals, documentaries and kids’ programming.

Navigating the news content and associated video clips was easy enough; regional newscasts from across the country are available, and specific topics of interest (wildfires in Alberta, Trudeau government performance, etc.) are plentiful. 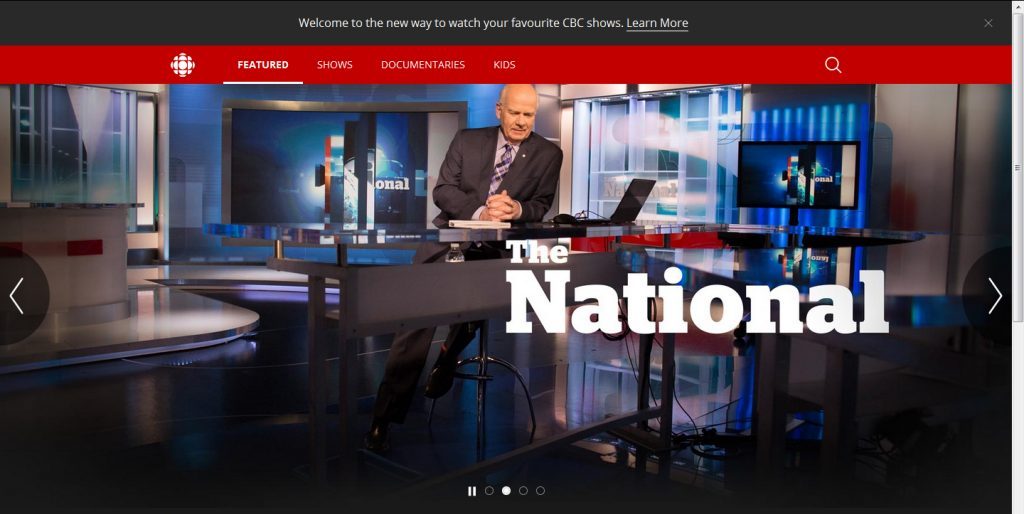 Navigating the news content and associated video clips was easy enough; regional newscasts from across the country are available, and specific topics of interest (wildfires in Alberta, Trudeau government performance, etc.) are plentiful.

As Richard Kanee, head of digital for CBC English Services, explained, the new service and IBM partnership “is in place to distribute all our long form TV content” and the relationship is really about OTT, going over the top and reaching cord cutters with its content, no matter where they are or what device they use. “IBM is not delivering our short-form or social,” Kanee added, and the CBC still has relationships with other digital media and information technology companies, such as third party mobile app developers and service integrators.

The new player is also a part of an overall strategy and specific migration plan to greater digital content creation and distribution capabilities at the CBC, both for pre-recorded content and eventually, even live programming.

“We’re taking an iterative approach to the new platform,” Kanee continued, “and we are listening and watching the audience (to evaluate) engagement and consumption levels. When they are at parity, we will transition over to the new player and the old environment will fade away, fade to black.”

Even so, he knows that audience habits can die hard, and that the digital team needs to respect that fact that a lot of people are very comfortable with the current platform, even when the new player delivers what he says is “so much more.”

The new player, called watch.cbc.ca, can be accessed with any mobile device (including iPads) or browser, and that’s opening up the CBC content offerings to a much wider audience. The CBC digital team says added support for AirPlay or Google Chromecast services is coming, and that they’re looking to porting the player to Apple TV, gaming consoles such as Xbox or Playstation, as well as smart TVs. 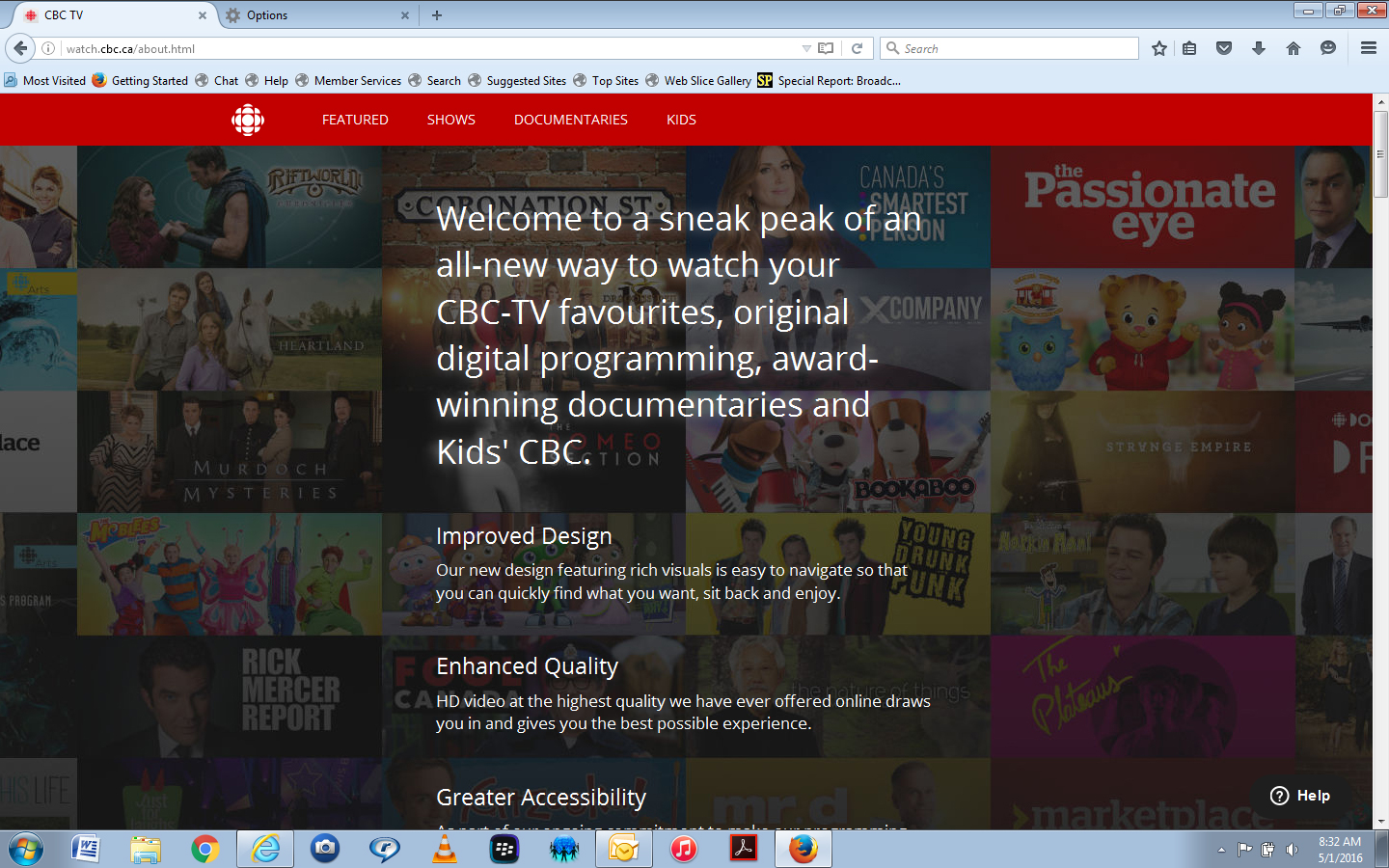 The new CBC video player is part of an overall strategy and specific migration plan to greater digital content creation and distribution capabilities, both for pre-recorded content and eventually live programming.

During the player migration and transition to the new video streaming platform, popular shows will still be available online through the current cbc.ca/player, and on individual show websites.

Plans call for that content to be streaming until the end of the 2015/16 season, at which time programs will then be available exclusively at watch.cbc.ca, the new player space, with its collected and curated library of full-length TV programming, and exclusive digital content.

“We recognize our audience is congregating on other platforms, in other spaces, and in large populations,” Kanee said of the video streaming offerings from YouTube, Facebook or Netflix. “We need to be present in those spaces, and we need to invest in our own operated ecosystem. It’s a dance, a balancing act, and what you will see in two years will be completely different!”

Digital video has become the fastest growing data type in cloud workloads, and video will be more than 80 per cent of all Internet traffic by 2019 (Netflix alone accounts for like 40 per cent). The rapid growth and evolution of the video streaming ecosystem makes it hard for a public corporation to continue to invest and remain at the leading edge, so partnering with a major ICT company like IBM seems to make sense.

After spending billions in R&D and acquisitions, IBM is betting big on cloud video services as a major differentiator in a market that’s expected to exceed $100 billion in the next three years.

IBM has recently acquired companies and expertise to underscore its video offerings, and its in-house unit now combines the assets and talents of video streaming company Ustream, high-speed data capabilities from Aspera, scalable storage capabilities with Cleversafe, as well as the recent acquisition of Clearleap, a multi-screen video service provider.

“Our collaboration with CBC demonstrates the company’s continued commitment to innovation and to making its content broadly available on every screen, platform and device through an excellent user experience,” Braxton Jarratt, co-founder of Clearleap and general manager of IBM’s Cloud Video Unit, said in a statement. 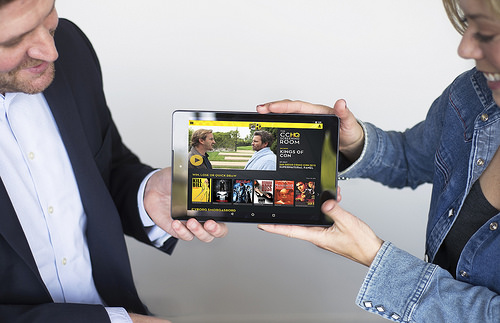