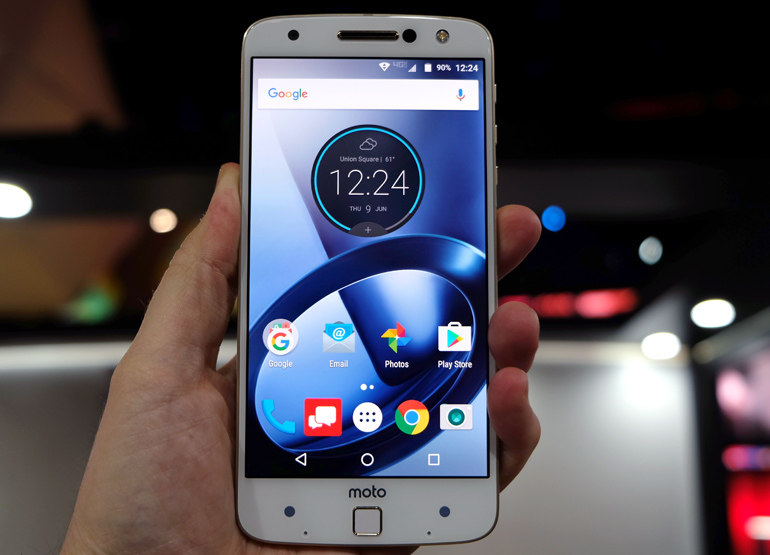 Lenovo, which now owns Motorola, showed off what the marriage between the two companies could look like in the near future by unveiling new smartphones that push the idea of hardware modularity and augmented reality.

The Moto Z is the new flagship phone, coming to Canada in the fall, and featuring a magnetic pin design in the back that is meant to make the phone entirely modular on its backside. At 5.2mm thin and weighing 136 grams, the phone is the thinnest phone currently available or officially announced. It’s also considerably lighter than others in its class.

The 5.5-inch Quad HD AMOLED display marks a return for the Moto flagship back to AMOLED from LCD with last year’s Moto X devices, including the Play, which was a good buy at $400 unlocked. It runs on a Qualcomm Snapdragon 820 quad-core processor and 4GB of RAM, with the latest version of Android Marshmallow (6.0.1). An update to Android N is already assured, and given Moto’s track record the last three years, it should be among the first to update.

The 13-megapixel rear camera should be interesting, given the wide f/1.8 aperture, optical image stabilization and laser autofocus. The Moto X lines of the past were never stellar shooters, but this promises to be one of the best cameras on any phone in 2016, so time will tell.

The fact the Moto Z also removes the traditional 3.5mm headphone jack, moving wired audio output to the USB-C port, is an interesting development unto itself as well. Rumours have circled about other manufacturers, including Apple, doing the same, and that appears likely to happen en masse in the industry in the next two years.

But it’s the modularity that is the real story here. Unlike the LG G5, which uses a true modular setup by way of a removable battery, the Moto Z takes a less invasive route. Sticking and unsticking items from the back of the phone is easy for anyone to figure out, and that’s probably what Lenovo and Motorola are banking on in winning over consumers. 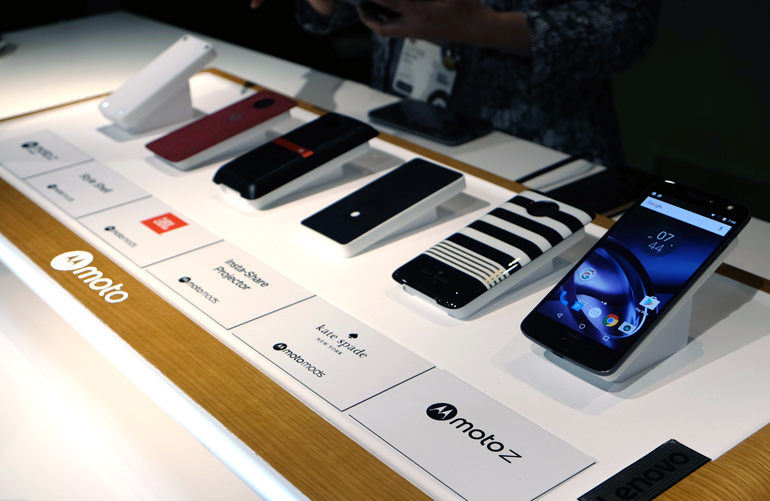 Of course, the add-ons themselves need to be compelling, too. Among the handful that were unveiled were a pico projector, audio speaker, Kate Spade power pack case and various thin backplates made from different materials, like bamboo, vinyl and fabrics. Other battery packs were also mentioned, but I never got to see them live, so can’t say much about them.

These are what Motorola is calling “Mods” and in opening up the floor to developers, the company is hoping to recruit others into building a budding ecosystem of these add-ons to make the Moto Z and other successor models viable for some time to come. To hammer that message home, Lenovo ambassador and actor Ashton Kutcher is being put in the spotlight to attract the talent.

The oohs and ahs of the Lenovo Tech World event in San Francisco on June 9 were aimed more towards the Phab 2 Pro, a monstrous handset, and the Tango features embedded in it, courtesy of Google. 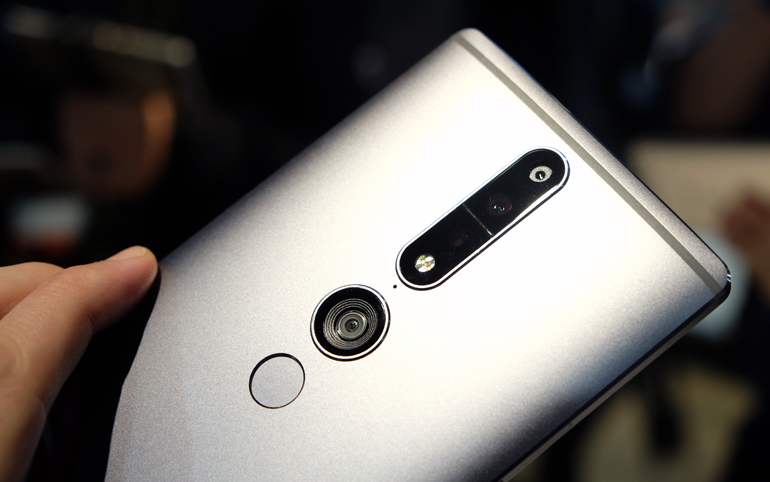 The phone itself has a massive 6.4-inch display and is very much in tablet territory with its overall form factor. Part of the reason for the mutated size is because of the three cameras in the rear — a regular 16-megapixel shooter, a motion-tracking one and a spatial awareness one. The combination of all this imaging is for the virtual and augmented reality features inherent in Tango. 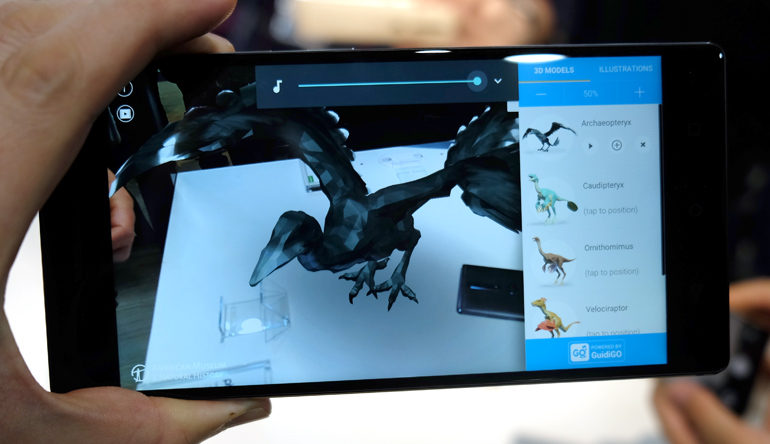 The video I shot from the show below explains a lot of what Tango is capable of in greater detail, but the gist is that it can project virtual objects into a real-world physical space, or virtually measure objects and areas in a physical space. The range in the demos is fairly wide, with a domino game, dinosaur educational tool (in partnership with the American Museum of Natural History), along with home improvement-related tools using an app made for Lowe’s, the home improvement store.

The Phab 2 Pro is the one device that will be coming to market that can utilize these apps, but there is no confirmation on whether it will come to Canada or not. If it does, it would likely be later than in the U.S., which is slated to have it before the summer ends in September. Between 25-100 apps are expected to be available by the end of the year, all downloadable from a separate app store.

The device and the technology are decidedly niche at this point. It’s challenging enough to wield or carry around a phablet with a 6-inch display, but the 6.4-inch screen on the Phab 2 Pro is made even bigger by the top and bottom bezels. Lenovo did say it will sell for $499 U.S., which is a pretty good deal for those who are interested. Even if there is no Canadian launch, buying it unlocked in the U.S. won’t be difficult. Lowe’s stores will be selling the device, as will other retailers, like Best Buy.