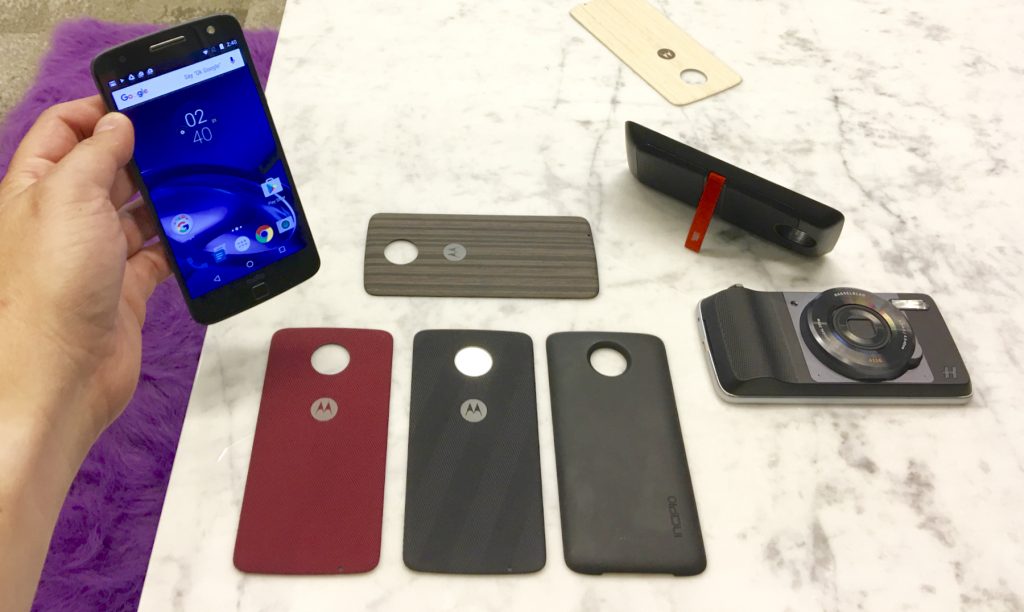 During  the past nine years, there have been many incremental updates in the smartphone space and a handful of truly revolutionary advancements. Lenovo’s new trifecta of flagship smartphones, the Moto Z family, and their promise of on-the-fly modular accessories, could very well be the next.

Has the smartphone reached its limit? 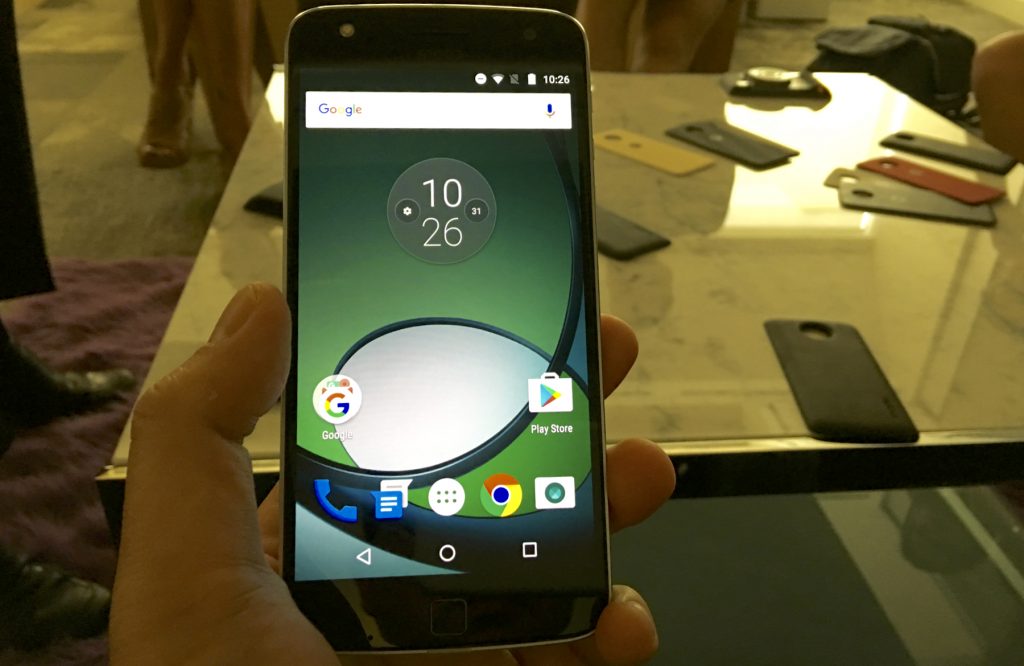 Smartphones are so feature packed today that even the camera optics have to stick out. They need to remove the headphone jack because it just takes up too much precious space. We’re at a point that its hard to tell various smartphones apart because they’re all starting to look alike.

Most smartphone manufacturers aim to iterate their flagships on a yearly cycle. This usually means ramping up performance, offering a better displays, faster charging, larger camera sensors, higher megapixels and increased storage within the confines of the same enclosure to justify increasingly higher retail prices.

Lenovo, by virtue of Motorola, is looking outward. They’ve created the thinnest smartphone in the market with the  5.19 mm Moto Z and its cheaper, slightly thicker variant, the Moto Z Play. But while both of these are premium flagship devices, it is the availability of Moto Mod accessory modules that really pushes the smartphone paradigm towards the future.

Lenovo’s taking this further by making good smartphones into excellent cameras, viable video projectors, capable music playback devices, and easy to modify rear covers and battery packs. Simply put, there’s no limit to what a Moto Z can become and it is certainly not limited to the hardware and software it ships with.

Modular smartphone concepts have been around for a while. Google’s Project Ara, which  theoretically allows users to configure their own smartphones, was an interesting idea but not ready for the consumer space. LG tried to make a case for their LG G5 and friends system, but their solution is clunky, inelegant and failed to resonate with consumers.

The Moto Z uses magnets and proprietary connectors that can quickly take a battery pack that adds days of standby, a JBL SoundBoost speaker brings surround stereo sound, a high-end Hasselblad mod brings a larger 12-megapixel sensor, 10 X optical zoom and RAW image handling and a projector mod turns the smartphone into an entertainment hub. You don’t need to turn off the phone to make changes, simply pop in the accessory and voila! It works like magic and it is elegant.

These solutions are truly plug and play. There’s zero friction from the time you place the JBL speaker to when the tinny audio on the smartphone is transferred to the booming high-fidelity speaker. Same with the ability to change the appearance of any of the Moto Z handsets. Fancy a wooden case? Horween leather? Ballistic nylon? You can transform your phone in two seconds flat by swapping the magnetic backplates.

Innovation comes at a higher price 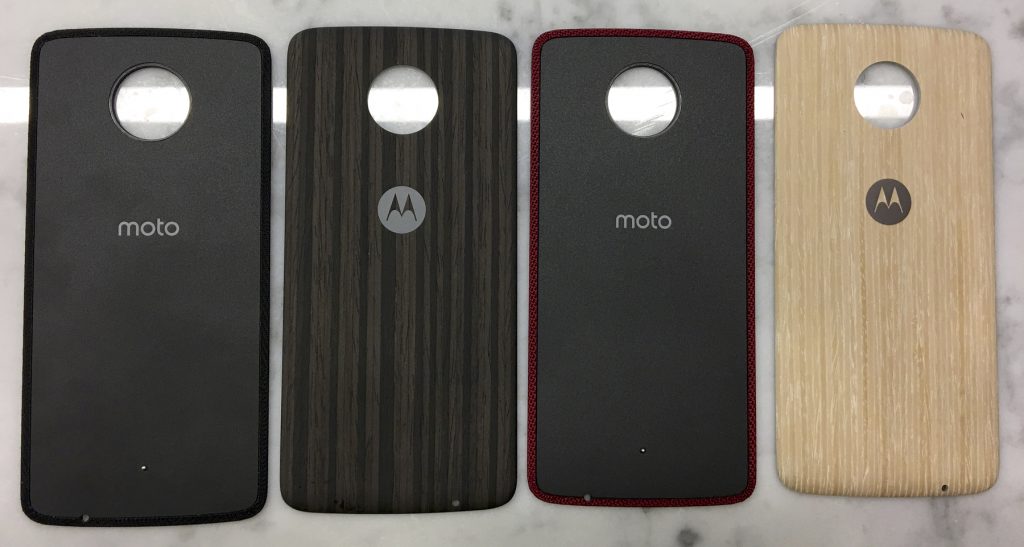 Some may argue that the Moto Z (CAD $900, outright) or the Moto Z Play ($650) are expensive enough. Why should consumers pay extra to enjoy the what the Moto Mods have to offer.

This may be true, but consider that the Moto Z and the Moto Z Play are both accomplished handsets on their own. Lenovo has made them competitive in terms of specs and they look and feel just as premium as any Samsung or iPhone in the market.

Moto Mods add extensibility where other smartphones are limited. If you are in the market for a point and shoot camera, getting the Hasselblad True Zoom accessory makes a lot of sense. I travel a fair bit and have various cameras in tow. With a Moto Z plus the 12-megapixel camera, I can cut down on camera bodies and lenses, get the zoom I need as well as the RAW camera control I demand.

Will the consumers get it? 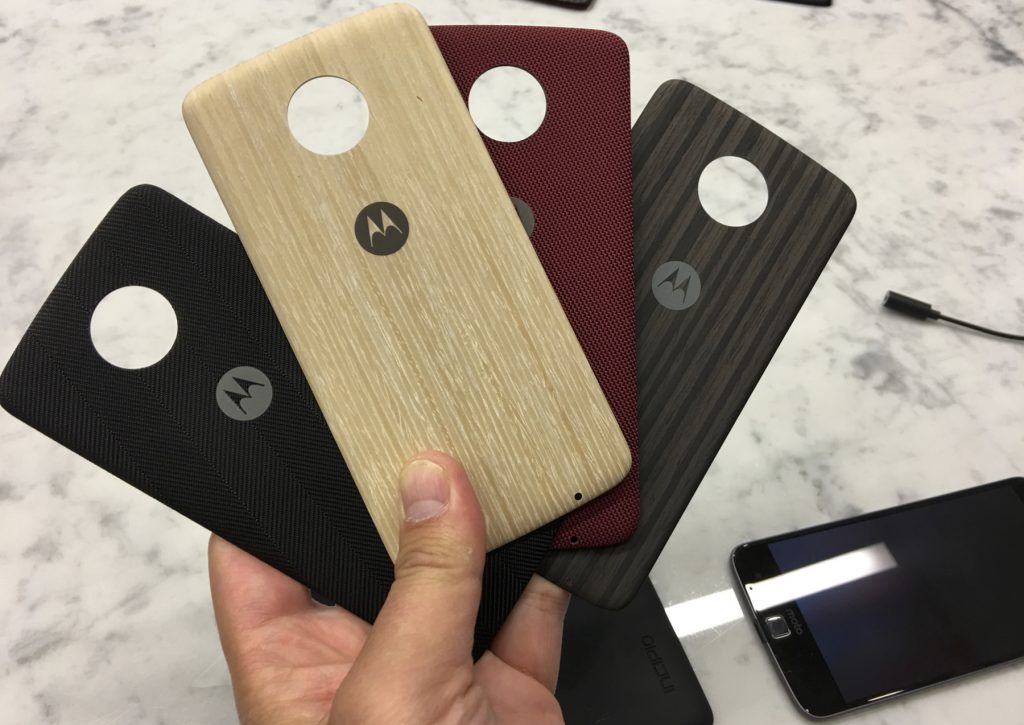 Of course, the onus is on Lenovo to make these experiences compelling. Right now, they provide an exciting demo of the Moto Z’s modular platform, one that Lenovo hopes will grow and evolve.

The brief time I had with the devices and the Moto Mods yesterday was not enough to fully determine the vitality of the Moto Mods ecosystem or how well they work. More evaluation time will determine what works and what doesn’t. This is all new and one would need to live with these solutions to really see if they are game changers or gimmicks.

Lenovo’s Moto Z and the accessory Moto Mods are some of the innovative products we’ve seen in a long time and they are also the most promising. Motorola has always dared to find unconventional ways to do things and with Lenovo’s clout and coin, they seem to be on the right track. My only hope is that smartphone buyers shake off their brand bias, open their minds and explore what this worthwhile and exciting new paradigm in smartphone modularity has to offer.

Tech Gear for the Athletic Student

From Science Fiction to High-Tech Fact: Star Trek Building the Future for 50 Years