Earning widespread acclaim, the popular movie Hidden Figures showcases a remarkable story of how three African-American women in the 1960s poignantly use their mathematical acumen, personal determination and a unique opportunity at NASA to help put astronaut John Glenn in orbit. For me, watching Octavia Spencer play the tenacious and brilliant Dorothy Vaughan, who uses her self-taught Fortran skills to get the first-of-a-kind IBM mainframe computer working at the eleventh hour, was inspiring and delightful.

It is fitting that IBM has come forward at this time to shine a spotlight on historic ‘computing’ women, like early NASA employees Dorothy Vaughan, Katherine Johnson and Mary Jackson, as well as women currently working in STEM.

In early 2016, IBM Canada set a focus to encourage girls to pursue STEM school subjects, and women to pursue technology-based careers. This lead to the launch of the IBM Canada STEM 4 Girls initiative, which: 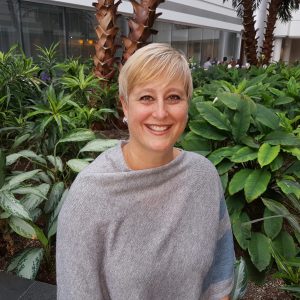 “There has been a lot of research to show that men are twice as likely to pursue a STEM field in university than women,” added Shibata. “It is estimated that only 18% of women in Canada receive undergraduate engineering degrees per year. Out of 34 countries in the OECD, Canada had the 7th highest gender wage gap in 2014 . What’s more, it is thought that by helping girls enter STEM careers we can help to eliminate the gender wage gap.”

While representation by women in STEM fields has risen over the past fifty years, Shibata explained, “Gender inequality in STEM is prevalent today as women continue to be underrepresented in STEM fields. In 1987, 20% of the STEM workforce was women. Today, it is 22%. Yet the industry is growing at lightning speed. “The Information and Communications Technology Council (ICTC) strategy projects 182,000 skilled ICT workers will be needed in Canada by 2019—4x faster than in any other industry in Canada.”

In 2017, IBM STEM 4 Girls will be active in the community at events like #Technovation2017, the Metamorphosis Girls STEM Conference, and the IEEE Ottawa Robotics Competition.

“IBM programming for girls including IBM STEM 4 Girls Teen Club and IBM STEM 4 Girls camps are meant to get students excited as early as possible about a career in science, technology engineering or mathematics,” said Shibata.

Disruptive Technologies: How Brands Will Use Them