In an era where the line between ‘pay’ TV and ‘free’ TV is constantly blurring, streaming boxes echo the volatility of the market. Android boxes are usually of the no-name variety with a fairly singular purpose, whereas the Nvidia Shield TV is much more.

Legitimacy does matter where Android is involved because of the operating system’s fragmentation. Android smartphones and tablets have borne the brunt of this ongoing conflagration, but it has extended beyond that. The Android boxes typically sold online are set top boxes running older tablet versions of Android. Updating these to newer versions requires the manufacturer go through the process of optimizing the hardware to run them.

They rarely, if ever, do that, and one of the consequences is that app support starts to become a problem. Of course, if Kodi is the only reason you have one of those boxes, it may not be as big a problem.

The Nvidia Shield TV is the one Android box I’ve seen maneuver around all of this. The interface is the same as Android TV, making it more conducive to television screens and the remote that comes in the box.

A game controller also comes with the unit, establishing its premise as both a streaming box and casual gaming console. Previously, Nvidia sold the remote separately, but the most recent Shield TV with 4K HDR video support bundles everything together.

The new remote uses a coin battery, rather than a lithium one, negating the need to recharge it often. It also has infrared built-in to not only control the Shield, but also TVs to better facilitate 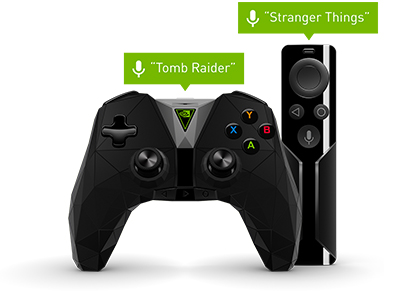 Not all apps and games available on Google Play are accessible on the Shield. That’s by design because developers would need to optimize them for the Shield. The advantage in having that official support means you can watch Netflix in HD, something not possible on regular Android boxes because they aren’t certified by Netflix.

This also applies to other video streaming services, like Amazon Prime Video, YouTube, and others. It supports the native Kodi app media streaming, along with Plex for streaming content you have stored on a computer or NAS server.

And last but not least, it has a Chromecast built-in, letting you push content to the TV from a mobile device or Chrome web browser with a simple tap. Google Now voice control is already built-in, but that will be upgraded to Google Assistant this year for commands through the remote, controller and box itself.

A lot of bases are covered with the Shield, and truth be told, it may have more than the average user really needs. The gaming side of the device is arguably more attractive to techies who relish the idea of streaming from a library of games. The GeForce Now integration means users can play games streamed to them for $8/month or choose to buy games outright and download them.

The one catch in doing that is that the Shield TV only comes with 16GB of internal storage, whereas the Shield Pro comes with 500GB. Expanding on that can only be done through the two USB ports in the back. The original Shield had a microSD card slot, but that was removed to help make the current model smaller.

That the newer Shield units can do 4K and HDR is great for content that comes out supporting both standards, but you will need a TV that supports them as well. 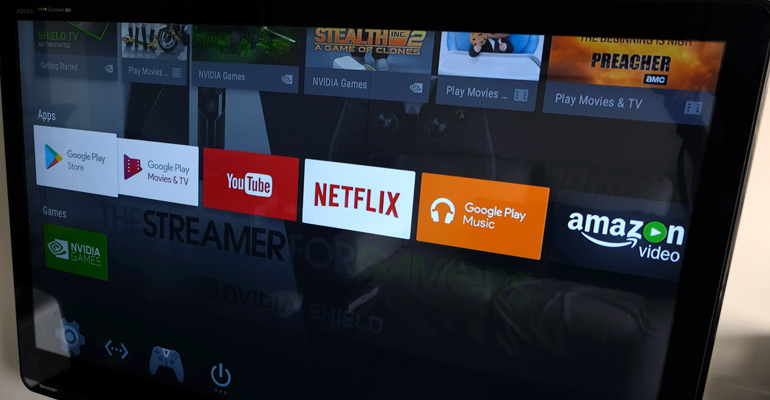 Compared to the others

The Shield is markedly better than the Apple TV for the simple fact it offers more. The Roku has far more channels (what they call apps) but is nowhere close on the gaming side. Also, neither the Apple TV or Roku have access to Kodi. If that’s big on your list, it makes the decision much easier.

It’s not a match for a serious gaming console like a PlayStation 4 or Xbox One, or even a good gaming PC, for that matter, but it does handle itself well. I would recommend going with a wired Ethernet connection, unless your Wi-Fi and Internet connection is really strong. Streaming all that data for a graphics-intensive game requires a lot of bandwidth. The number of titles available makes the subscription worth it, in my opinion. Of course, if you’re not into gaming at all, the point is moot.

Compared to the litany of other Android boxes on the market, the Shield is really in a league of its own. The legitimacy of the device is unquestioned, but it’s the access and support it receives that makes it so compelling. I enjoy a wider breadth of content on the Roku, but Kodi, Plex and Chromecast support (plus the gaming aspect) make the Shield a different product, in some respects.

It’s also pricier than the competition. At $280 for the Shield TV and $400 for the Shield Pro, it’s a noticeable hike. A good Roku device can be had for less than $100. Bearing in mind the Apple TV starts at $200, albeit with double the storage (32GB), it is also more restrictive in what it can and can’t play. If you’re not already in the Apple ecosystem, it doesn’t make much sense to go that route.

Even as a non-gamer, the Shield TV is a standout. It negates the need to buy a Chromecast for the TV it’s connected to. It streams from the most popular media apps, and if that app isn’t supported, simply stream the screen from an Android mobile device or Chrome browser over. Kodi and Plex support is excellent for those who love streaming in-house content. Ottawa-based Nuvyyo has even come out with the Tablo Tuner, an adapter that can help bring in free, over-the-air TV channels through a digital antenna when connected to the Shield.

It’s the Shield’s versatility that has impressed me thus far. If that’s something you feel you need for your TV, it’s a device worth a hard look.

VR goes mainstream at the Rec Room in Toronto’s Roundhouse