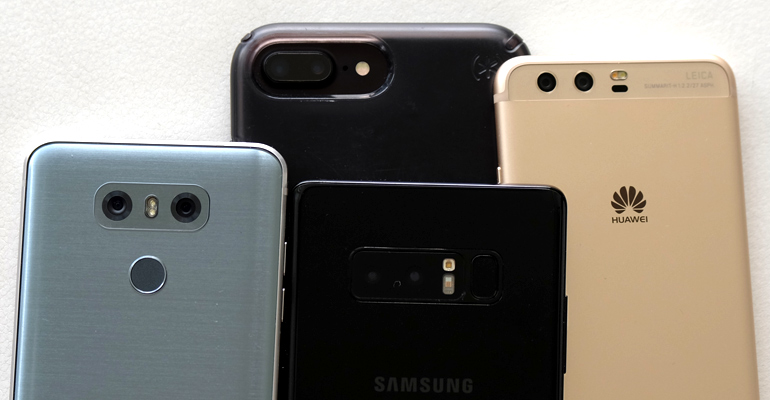 With Samsung now putting two lenses on one of its flagship smartphones in the Galaxy Note 8, it appears this design principle will become the norm moving forward.

Dual-lens setups for phones’ rear cameras isn’t an entirely novel idea because it’s been done before. Sure, Apple drew some attention to it with the 2x optical zoom lens it added to the iPhone 7 Plus, but the feature goes back to the HTC M8 released in 2014.

That device had a second lens serving a singular purpose, which was to capture the background of an image, while the main camera focused on the foreground subject. From there, the user could adjust the blur or focus on one above the other. The concept was to refocus an image after shooting it; a neat feature, even if it wasn’t always practical. HTC effectively abandoned it in subsequent models the company released.

Samsung’s unveiling of the Galaxy Note 8 confirmed rumours of a second lens in the rear — the first time the company has done it on one of its handsets. It’s in the same vein as the iPhone 7 Plus, with the 2x optical zoom, and the ability to shoot with it independently. However, it’s different in that it has a wider f/2.4 aperture (the 7 Plus is f/2.8), which brings in more light and enhances the depth of field effect. Samsung also equipped the zoom lens with optical image stabilization.

The Note 8 has a feature called Live Focus, using both lenses to capture both the foreground subject and background, allowing users to adjust the blurry effect afterward. Apple called its feature Portrait Mode because that was the intention — shooting people for dramatic effect. It works well with objects like food too, except there’s no way to adjust the blur afterward, no matter what you shoot.

Apple has yet to reveal what its newest iPhone flagship will offer as it relates to dual lens photography, but expect a notable upgrade, which may or may not include a greater level of control.

Standing out from the pack

Phone manufacturers that have gone with two lenses in the rear have tried to stand out by making the second lens do something the others don’t.

For example, LG introduced a super wide-angle 125-degree second lens in the G5, and has since deployed it in the G6, V20 and upcoming V30. The wider angle makes it possible to capture much more in a single frame. LG also wisely chose to apply the various camera features it offers to both lenses, so whether you want to shoot video clips or photos in manual mode, you can do so with the wider angle. 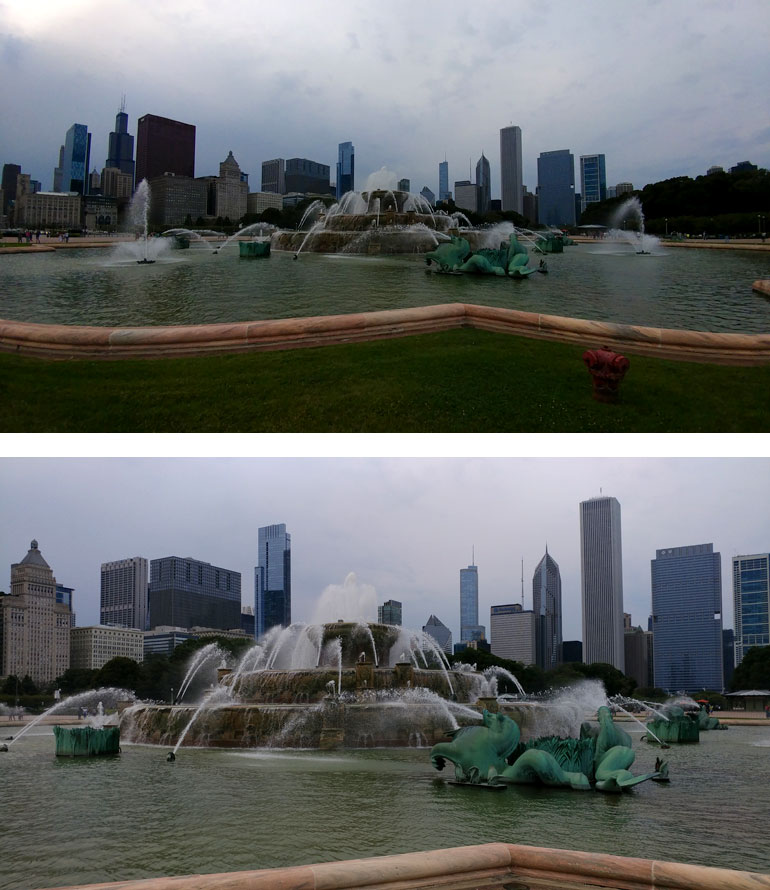 Despite using the same image sensor as the main lens, the catch has always been that the wider angle lens had a tighter f/2.4 aperture and resorts to boosting ISO in anything that isn’t a bright scene. Manual mode can counteract the ISO boost, but results have improved from the G5 to the V20, and on to the G6 and V30.

Huawei launched its flagship P10 and P10 Plus in Canada, marking the first time the brand released something higher-end in the country. Both have dual-lens setups, using the same Leica lenses, with the second being a monochrome shooter. The only difference is the P10 Plus has the new 20-megapixel Summilux-H lens with an f/1.8 aperture, whereas the P10 uses the 20-megapixel Summarit-H f/2.2 aperture lens. 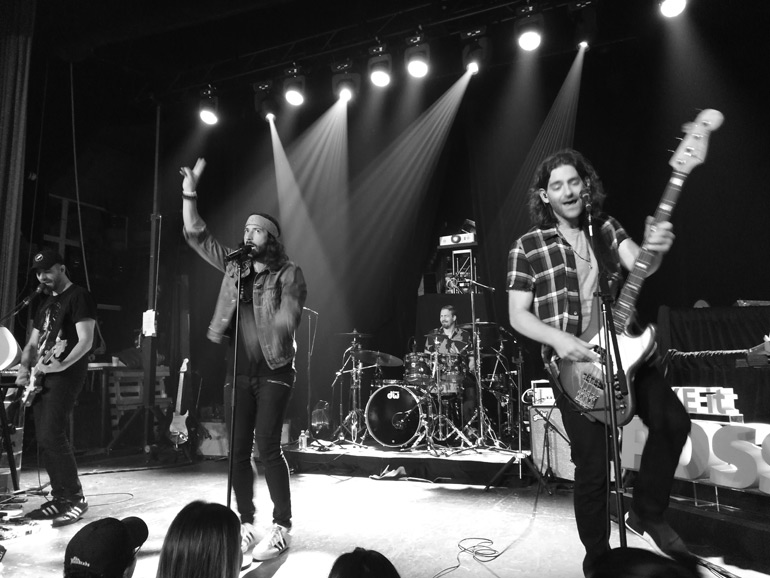 Shooting in black and white with a dedicated lens is unusual for a smartphone, but it’s considerably different than shooting the same subject in colour and then converting it to greyscale or something similar using filters. Since the sensor doesn’t have to read RGB light, Huawei has found a secondary purpose for the monochrome lens by using its light sensitivity for images captured by the regular lens to capture twice more light.

Apple and Samsung aren’t the only ones using a second lens for optical zoom. Asus applied it on its Zenfone 3 Zoom, which has a 2.3x optical telephoto lens to get closer to a subject, eeking out a slightly closer zoom than the iPhone 7 Plus and Galaxy Note 8. Portrait mode combines both lenses to create a bokeh effect that blurs the background, much like the other two phones do.

The OnePlus 5 also has a second lens with a 1.6x optical zoom that is boosted to 2x using digital “multi-frame technology”. The telephoto lens uses a 20-megapixel image sensor, which is currently the highest of any phone using a zoom lens. It works like the iPhone in automatically blurring the background once it senses the foreground subject at the right distance. Like the Zenfone 3 Zoom and iPhone 7 Plus, however, there is no way to adjust the blur effect after capturing it.

Augmented reality (AR) and virtual reality (VR) may figure into future phone iterations that use more than two lenses. Lenovo tried this with its Phab 2 Pro device that used Google’s now-dormant Tango AR platform. With four lenses in the back, it could measure distance and note contextual awareness of a physical space.

Google’s move to ARCore appears to take more of a software approach to AR, but hardware-assisted content may be coming sooner than later, simply because software can’t cover all the bases.

This would take smartphone cameras beyond just photography, turning them into virtual content consumption and creation tools. It’s still early, but with Apple expected to push its ARKit platform with its newest iOS devices, time will tell who takes the lead in developing camera technology aimed at delivering AR and VR. 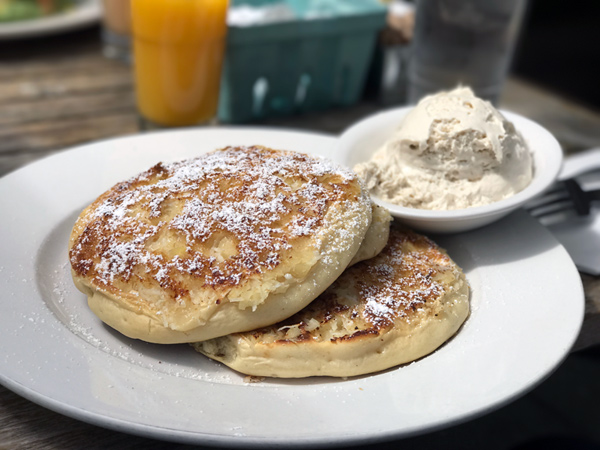 Multiple lenses won’t be a fad, they will be the norm. And once they have saturated the high-end flagships, mid-range phones will start to get them too. Until then, the race isn’t so much who will have more lenses, but rather how they impact photography and content creation.

Being able to emulate the depth of field, or bokeh, effects typically seen in DSLRs, alters the perception of the kind of quality images anyone with basic photography knowledge can shoot.

Beyond the newest iPhone, the upcoming Google Pixel 2 will likely have a dual-lens setup as well. Samsung will undoubtedly incorporate its second lens into the next Galaxy S, possibly even trying to cram in a third.

The smartphone photography arms race is afoot, and users should be snapping better pics because of it.