We surely have access to more information than ever before, and the opportunity to connect with more people, thanks to modern information & communications technology. That’s good. 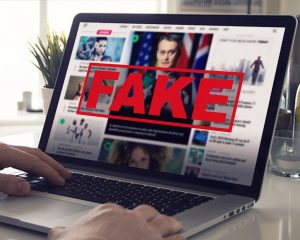 False information contributes to creating, fuelling and cementing strongly polarized opinions, with a real negative impact on our behaviour as individuals and as social participants. Image via www.vpnsrus.com

Now, another entity with enormous power is tackling the issues of false information and fake news on social media head-on: the Roman Catholic Church, its estimated 1.2 billion followers and its titular head, Pope Francis. 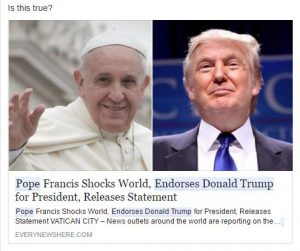 In his message for World Communications Day this year, the Pope will focus on the harmful effects of fake news.

In his message for World Communications Day this year, the Pope will focus on the harmful effects of fake news. With a post on Twitter, of course, he announced the theme of the annual observance will be Fake news and journalism for peace.

False information contributes to creating, fuelling and cementing strongly polarized opinions, he noted, with a real negative impact on our behaviour as individuals and as social participants.

Today, we can easily control the amount and type of information we receive using the power of social platforms, media technology and data analytics. We do not have to hear or see or read anything online that we do not like or believe; we can set our website favourites and our timeline tags and our friends’ status updates so we only get the information we want, that makes us comfortable, that matches our expectations and existing attitudes. We can easily turn off, delete or worse any bits of information we do not like.

The very technical infrastructure used by social media platforms to let users become their own content curators and news editors can be used by fake news farmers and keyboard armies of Internet trolls (or just bots) to digitally overwhelm and emotionally excite huge segments of the population, aka target audience.

In a situation in which social media platforms, cultural institutions and the political world are all trying to react sensibly to this phenomenon, the Church wants to make its contribution by proposing “a ‎reflection on the causes, logic and consequences of misinformation in the media and helping to promote ‎professional journalism … a journalism of peace that promotes ‎understanding among people.‎”

Encouraging reflection by the leaders of our media companies themselves would be a good start.

What can one say about Leslie Moonves, for example? He’s Chairman, President and CEO of CBS Corporation, and his priorities surely promote something other than an understanding among people:

“It may not be good for America, but it’s damn good for CBS,” he said of the 2016 presidential race (and by extension, his company’s impact on American cultural and societal adhesion) that brought Donald Trump to the Presidency. “The money’s rolling in and this is fun…. Sorry. It’s a terrible thing to say. But, bring it on, Donald. Keep going,” Moonves said.

Of course, the denial and the damage done extends into the digital world.

Facebook co-founder, Chairman and CEO Mark Zuckerberg famously and flatly denied what everyone was telling him – at first. “Of all the content on Facebook, more than 99% of what people see is authentic,” he wrote. As a result, no need for fact-checking or a change in algorithmic impact.

Barely two years later, Facebook has updated its position to acknowledge both the social and economic costs associated with fake news:

“In the past year, we’ve worked to destroy the business model for false news and reduce its spread, stop bad actors from meddling in elections, and bring a new level of transparency to advertising. …We have more work to do and we’re heads down on getting it done.”

Some analysts suggest that artificial intelligence, machine learning and natural language processing can be used to fight fake news. Other observers are worried that in the world of photoshopped images and synthetic audio and voice imitation tools, fake news will be even easier to create and disseminate using the power of AI.

The Pope’s proposal that we all reflect on the causes, logic and consequences of misinformation in the media is a modest, but meaningful one. We may be our own last line of defence against fake news and purposeful social manipulation. That puts our media literacy, cognitive skills and critical thinking abilities to a real test. 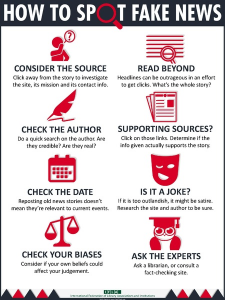 We may be our own last line of defence against fake news and purposeful social manipulation.

Severely tested, too, will be our economic skills and abilities. Fake news in all its forms has helped build multi-billion dollar companies, driven by clickbait business models in which volume and not quality is valued. Fake news is cheap; real news and investigative journalism is expensive.

We may well have to ‘pay to play’ in the real world, and be willing to give real value in order to get it.

Or, as Popes have often urged, we can pray! 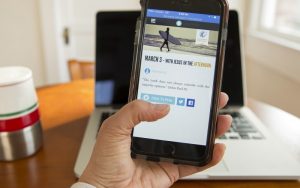 Of course, there is a click to pray solution and a Papal smartphone application.

How Apple, Microsoft, and Samsung push ecosystems in retail stores