Wearables haven’t quite hit their stride yet in North America. However, in other regions, they’re blowing up. Research firm GfK reports that the demand for wearables, which include smartwatches, health and fitness trackers, wrist sport computers, and connected watches, increased by 22% year-over-year in Western Europe for the period from January to June 2017, with sales up 33%. In Asia, the category saw a similar 21% rise in unit sales and 26% in sales value.

Things are beginning to take shape elsewhere, too. Gartner, as reported by TechCrunch, anticipates that worldwide wearable device sales will rise 17% this year to 310.4 million, with revenue of US$30.5 billion. Smartwatches are projected to lead the way, accounting for about 41.5 million units this year. While we don’t know how many of those will be in North America or, more specifically, Canada, we can anticipate that the category will experience healthy growth here, fuelled by some of the latest models to hit the market.

These latest devices, many introduced at IFA last summer, spell a growing trend in wearables. They’re continually moving beyond the standard activity, sleep, and sport tracking and smartphone notifications they’re expected to provide to becoming valuable for a myriad of other tasks. These include paying for items in stores, to serving as standalone wireless music players – no phone needed. 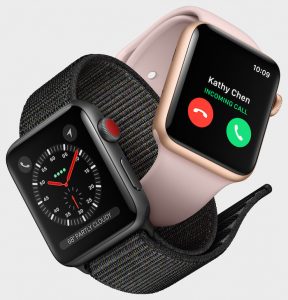 Apple’s Watch Series 3, for example, goes above and beyond standard expectations with one feature in particular: cellular connectivity that allows it to function on its own, without your smartphone present. You can make calls and receive text messages directly to the device while out for a run, for example, while your iPhone is back home. Or, listen to music from the Watch’s internal memory. With watchOS 4, those who subscribe to Apple Music will be able to stream millions of songs right to their wrist, and listen to live Apple Music radio stations, using a pair of AirPods headphones. The GPS + Cellular version has an LTE and UMTS cellular radio and built-in eSIM that will automatically switch to the cellular network when the iPhone is out of range. Starting at $519, it shares the same phone number as your phone, so the experience is seamless.

Being able to pay for items from your smartwatch or activity tracker is becoming more common, and Garmin is adding itself to the list through a partnership with Mastercard that will allow you to make contactless payments directly from the Garmin vivoactive 3 smart band. Once payment information is set up in the Garmin Connect Mobile app, the information has been validated, and the app synced with the smartwatch, it’s ready to go. Whether you want to stop to grab an energy bar, bottle of water, or smoothie from the local shop, you can do it seamlessly without having to bring cash or a physical card. 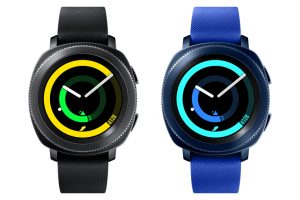 One of Samsung’s latest wearables is the Gear Sport, a water-resistant fitness smartwatch that can work with Speedo’s swim training app, Under Armour fitness apps, and Spotify for listening to music both on and offline, with or without a smartphone. But most interesting is its ability to control Samsung Internet of Things (IoT)-enabled devices using Samsung Connect. So you could use the wrist-worn device as a remote to control PowerPoint slides in a presentation, to control the Samsung Gear VR headset while immersed in virtual reality content, or even to activate Samsung Pay when you’re ready to buy something at a compatible contactless payment terminal. It will set you back $400. 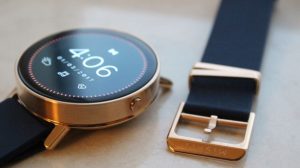 Fashionable smartwatches that are more traditional wristwatches with smart features stealthily built in are becoming popular. At the top of the list of manufacturers is Fossil, which offers a number of such devices under its many designer brand partners, including names like Diesel, Emporio Armani, Michael Kors, and Misfit, as well as Fossil itself. All based on the Android Wear 2.0 platform, and compatible with both iOS and Android devices, they’re notable for the heavy personalization features. You can customize the details you want to appear on the watch face, choose from various dial designs, and select custom colour combinations to suit your mood and daily style. Adding further personalization are interchangeable straps for models like the Emporio Armani Connected touchscreen smartwatch. Also notable is the Misfit Vapor, which offers standalone music functionality. 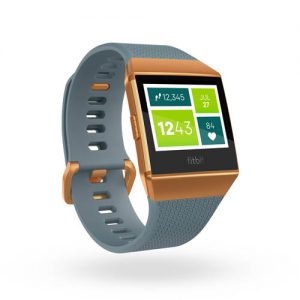 While smartwatches have been available for some time, the Fitbit Ionic marks one of the first in this category from the leading activity tracker manufacturer. In addition to digging deeper for sleep insights, including tracking things like sleep apnea, it can also be used to pay for items through partnerships with Mastercard and Visa from more than 10 issuing banks, including, in Canada, Royal Bank of Canada. Using the Fitbit App Gallery, you can customize its look. There’s also on-board music through the 2.5B of storage that can hold more than 300 songs. It sells for about $400.

It’s clear that smartwatches are beginning to truly live up to their names. They are no longer just providing smart phone notifications and details about your fitness, health, and wellness. But they’re becoming valuable devices that can truly get you through the day, from buying your morning coffee, to listening to tunes during your evening gym session, and resting your head in bed at night. Will we even need smartphones 10 years from now