A small Canadian tech startup company says it plans to offer cheaper telecom service using satellites not much bigger than a breadbox. 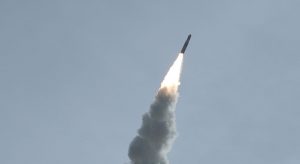 From deep in the Gobi Desert, a powerful Long March 11 solid-fuel rocket, provided by the China Great Wall Industries Corporation, was launched with a small Canadian commercial satellite on board. Image: Kepler Communications.

In fact, it plans to launch a constellation of such satellites, each one acting like a cellphone tower in space, carrying data transmissions and relaying telecom signals for a range of customers back on Earth.

Toronto-based Kepler Communications launched its first satellite about a month ago, and reports indicate all is well with KIPP, the name given to the first bird.

KIPP is more technically described as a 3U CubeSat nanosatellite – built according to universally-accepted standards and measurements, each U or unit is about 10 x 10 x 10 centimetres. One U weighs just over a kilogram.

So the satellite is small, but it’s designed to meet big ambitions. 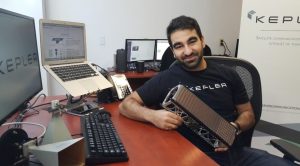 “Put simply, we are building cell phone towers in space,” Kepler says on its website.

Right now, each satellite is outfitted with solar arrays for power and high-gain antenna for transmission. The birds also have high-capacity, software-defined radio capabilities, meaning they are not fixed to one particular bandwidth or data rate like older satellites. Using and updating the software means Kepler can provide service across different bandwidths, thus reducing the number of satellites required overall.

Kepler itself is being fuelled by some $5 million in seed funding, with support from both private investors and venture capital firms. And Mitry is no stranger to the world of tech startups: Kepler is actually his second or third go, having already launched (pardon the pun) a company that makes self-serve, loose-leaf tea kiosks, and a company that puts augmented-reality camera systems into major sports arenas, letting fans can control the units from their smartphones.

But for this startup, a problem loomed: there are no rocket launch sites in Ontario.

Nevertheless, Kepler’s plans call for 20 to 40 launches in the next couple of years, eventually leading to a satellite network of some 140 spacecraft!

That means this small Canadian company needs a global network of partners, suppliers and service providers to work with it. At Kepler’s headquarters in downtown Toronto, satellite telemetry and control signals arrive from a ground station in Markham, Ontario, where a company called Nextologies hosts the satellite’s Telemetry, Tracking and Control station on its rooftop. 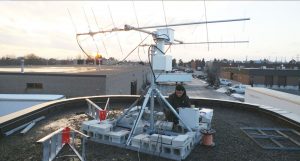 From its headquarters in downtown Toronto to a rooftop in Markham and then to the launch site in China, a small Canadian company works with a global network of partners, suppliers and service providers to put its satellite into orbit. Image: Kepler Communications.

KIPP itself and its on-board software was built in partnership with Clyde Space and Bright Ascension, both based in Scotland; the full ground network needed to monitor and control the satellites involved a host of international firms, including Comtech, Innovative Space Logistics and Nextologies.

But it was deep in the Gobi Desert where a powerful Long March 11 solid-fuel rocket, provided by the China Great Wall Industries Corporation, was launched, lifting KIPP up where it belongs, into what’s called a low-Earth orbit of about 2,000 km.

Since then, Mitry and his team have been testing system standards and overall performance not just for their own purposes, but for potential customers in the maritime and mining industries.

Industry and enterprise users will be among the first paying customers, but Mitry eagerly anticipates taking other steps in his plans for the company, like offering cheaper phone calls from breadbox sized satellites.

The father of the satellite, the late Sir Arthur Clarke, would be impressed but not dumbfounded by Kepler’s plans: More than 70 years ago, he envisioned a system of satellites ringing the planet, and he said we’d all be making phone calls thanks to them! 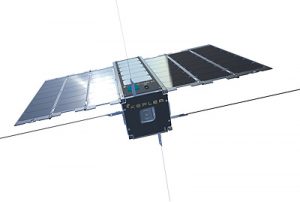 Kepler plans to launch several small telecom and data transmission satellites in the next year or so – perhaps as many as 140! Kepler Communications image.

Looking at smart speakers not made by Amazon or Google