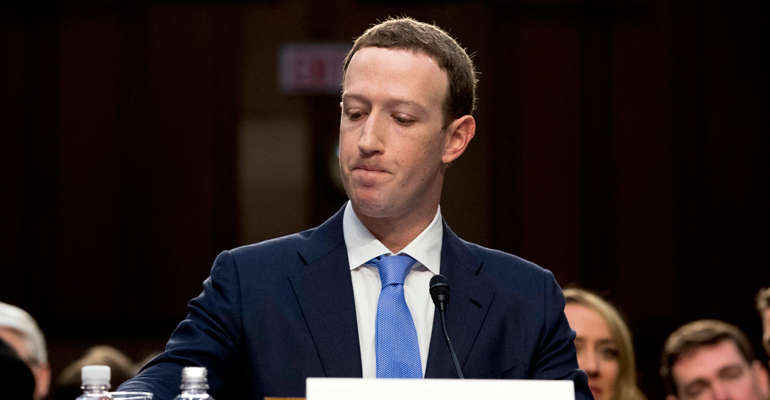 The irony wasn’t lost on who may have watched a young billionaire answering questions from a bunch of lawmakers with an average age double his own. After undergoing hours of testimony with the United States Senate Judiciary and Commerce Committee, Zuckerberg underwent another round of questioning from members of the House of Representatives’ Committee on Energy and Commerce.

Never mind the other irony of Zuckerberg being questioned by people who received political donations from Facebook in the past. Despite some of the questions he faced either being redundant or borderline reverential, there were moments where it became increasingly clear Facebook has no idea what it should be doing.

For example, when asked how long a Facebook user should expect his or her data to disappear after closing an account for good, all Zuckerberg could muster was the verbal rendition of a shoulder shrug.

Even more alarming was his total lack of awareness on whether Facebook can track a user’s browsing history — after they’ve logged off the social network. Can it track what a user is doing or clicking on across different devices while logged off? He apparently didn’t know.

What he did know is that Cambridge Analytica, the British firm at the centre of the recent controversy, and Aleksandr Kogan, the university professor who sold the user data to said firm, accessed user data they weren’t supposed to. That was back in 2015, and yet, the social network never informed its billions of users they may have been compromised.

All he’s done to this point is admit the company “made mistakes” in not informing people that they were exposed. This, despite the fact he admitted his own personal data on the site was part of the sweep of what is now 87 million users caught up in this scandal.

Another good point made by one representative was that Facebook’s user agreement “sucks” because its language exonerates Facebook from potential fallout more than it protects user data.

What was particularly disingenuous about Zuckerberg’s performance is that he pleaded ignorance to things he almost certainly knew about. Granted, I don’t expect him to have statistical minutiae at the ready, but it’s hard to believe he didn’t know the extent of how Facebook tracks a user’s web browsing habits. That’s not a numbers question, it’s simply determining the exposure one can expect from maintaining a presence on the site.

Moreover, he fell back on the claim that Facebook users own their data on the site. That may be true to the extent users can control what they post or delete, but we get further into the weeds when it comes to the products the company creates to mine data for advertisers.

A Belgian man highlighted this paradox by petitioning to see the data Facebook collected about him through a tool called Pixel. Through Pixel, advertisers can track how effective their ads are on other websites.

What that means is that Facebook links whatever pixels a user interacts with online to their profile. The implication from Zuckerberg was that, in spite of the data being attached to profiles, it’s anonymized to advertisers who only look at logs to better target their ads to a preferred subset.

That ads follow you when browsing online should come as no surprise. Notice those notices telling you about cookies when visiting a site? Those are trackers that look to tailor ads you may be interested in.

Facebook is not alone in doing that. The Internet largely funds itself that way, as revenue from ads keeps many sites going to pay the bills and be profitable. Having ads online makes sense because of the captive audience and limitless borders associated with displaying them.

The problem is ensuring privacy doesn’t fall by the wayside in the process. Facebook, Google or any other user should know when their own data is being used or viewed by someone else, which is the crux of the issue. They should have access to that data upon request, which is what that Belgian man is trying to accomplish.

It marks the difference between how Facebook leverages the data it collects from content users intentionally share — like on their profile, news feed, etc. — and the data it’s picking up from browsing habits and history.

“Owning your data” should be an encompassing term, in that respect. Facebook’s lack of transparency in how it does what it does with user data only serves to crack the foundation of trust that’s supposed to exist between them.

The impact of what Cambridge Analytica did as it relates to politics in the U.S. or other countries is a different issue, but no less related. Is boosting individual privacy enough to ward off attempts by nefarious actors to manipulate audiences on the social network?

Unlikely, and that’s what Zuckerberg either doesn’t understand, or doesn’t acknowledge. Thus far, he has looked like a deer in the headlights trying to explain the company’s benevolence. It’s just that the more he talks, the harder it is to trust the spirit behind the words.