One of Canada’s most successful tech entrepreneurs will represent this country on the global stage, working with representatives from other G20 countries to boost economic empowerment of women. 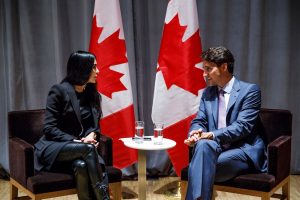 Empowering female entrepreneurs and advancing gender equality overall are important topics of discussion in many venues these days, including the last G20 Summit, 2017 in Germany, where the need for actionable, measurable and results-driven strategies to build women’s economic empowerment was discussed.

That conversation has been going on for a long time at Canadian media tech company BroadbandTV, certainly since its founding in 2005. It is the third largest online video property in the world in terms of unique viewers, following only Google and Facebook, according to the April 2018 comScore Top 100 Video Properties Worldwide report for Unique Viewers. BBTV’s many video channels and content partners generate more than 34 billion impressions and deliver 214 million hours of viewed video – monthly!

That kind of success of course attracts attention: in June 2013, leading European entertainment network RTL Group acquired a majority stake in BroadbandTV with a $36 million investment which was, at the time, the largest stake taken in a Canadian Internet company. 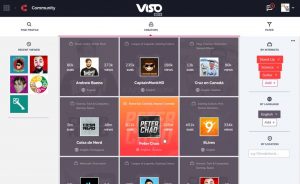 BroadbandTV developed a proprietary technology called VISO NOVI to protect copyright material on YouTube. It can be used to detect, track and measure fan activity associated with premium video content. BBTV manages multiple video channels for its clients, and it uses its search algorithm to scour YouTube videos to find potential copyright violators. The company provides tools and services that can link a video uploader with the rights holder, find advertising opportunities appropriate for the content and divide the revenue between them.

Even then, Rafati made equality, pay equity and gender diversity top priorities at her company, telling WhatsYourTech.ca at the time: “I’m a big advocate for empowering women and entrepreneurs in this industry and any other.”

But, as she and her partners (Rafati has created an executive committee of leaders from the private, public and non-profit sectors in North America) on the task force know full well, there’s still a long way to go to achieve employment equity in the tech industry or elsewhere.

In Canada, for example, women make 87 cents for every dollar their male counterparts make, according to 2017 data from Statistics Canada.

Women are also less likely to be employed, more likely to work part-time and there is still a greater likelihood for women to work in fields traditionally thought of as “female” professions such as nursing, teaching, administration and service, according to StatsCan.

As Rafati points out, “[W]e have come a long way, but there is still much work to be done to ensure women have access to equal pay, quality employment, social services and education, financial parity and economic opportunity.”

That work will pay off, she adds: “Gender equality and female economic empowerment are essential to the success of global economies and industries across all sectors.”

Her own experiences at BBTV give her the confidence and experience to make the assertion:

“Equal pay for equal work isn’t just the right thing to do, the benefits of operating a gender balanced environment run deep to benefit our bottom line. I am proud to say at BBTV we have eliminated the disparity in pay across our male and female employees (in April, the company’s employee roster had females in 46 per cent of its managerial positions, with 43 per cent overall). We still have work to do, but we care deeply and we’re committed to continuous improvement,” she added. 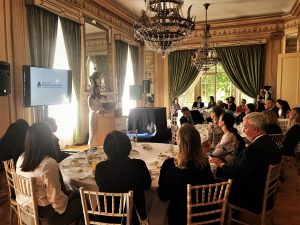 The Business Women Leaders will work with other engagement groups like Women20 and Business20 to make recommendations at the G20 Leaders’ Summit in Buenos Aires on November 30.

“Shahrzad Rafati is an outstanding choice to be Canada’s G20 Business Women Leaders’ task force representative. She’s a proven leader, with a remarkable success story, whose vision has revolutionized an entire industry. I know she will bring the same energy and drive to her new role, to tackle the challenge of equality in the workforce and create more opportunities for women to work, lead, and succeed,” Prime Minister Trudeau said when announcing her appointment.

The BWL will work with other engagement groups like Women20 and Business20 to make recommendations ahead of the G20 Leaders’ Summit in Buenos Aires on November 30.

Children’s book, ‘Ara the Star Engineer,’ Shows STEM is for Everyone