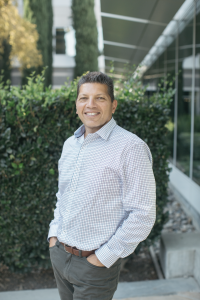 Here is what Paul Parisi, president, PayPal Canada, shared about the data and how harnessing e-commerce to accelerate growth is imperative for small businesses.

Q1: In terms of your research, can you clarify what is a ‘digital’ small business?

Q2: Did you collect data about women entrepreneurs? If so, what did you learn?

Parisi: “The data was not broken out by gender,” explained Parisi. “However, PayPal recently released its Women’s Entrepreneurship Study, which brought greater clarity to the experiences faced by Canadian women SMB owners. Research revealed that women-owned businesses earn an average of $68,000 less annually than men who run similar businesses – exposing a staggering 58 per cent revenue gap.”

“In terms of how e-commerce tools help narrow the revenue gap, findings show that women entrepreneurs using e-commerce tools reported earning 75 per cent more revenue than their female peers who do not sell online. Additionally, women are launching online businesses in record numbers. Of businesses launched in the past two years, half (50%) are owned by women. Only 34 per cent of online businesses started 10 years ago are owned by women.”

Q3: Can you share the source of your 2016 statistic about 1% growth of ‘traditional’ Canadian small businesses?

Parisi:  “The statistic about offline small businesses seeing less than one per cent growth year-over-year in 2016 was sourced from Government of Canada’s, Key Small Business Statistics (June 2016). Non-financial industries grew 0.8 per cent in 2016, the last year for which data was available.

Parisi: “Cross-border commerce is a driving force in today’s global marketplace,” began Parisi. “Advances in digital payments and global shipping have helped sellers and start-ups reach customers around the world with in just a few clicks. Canadian small businesses that engage most in international trade fall into these export categories – clothing and footwear, consumer electronics, toys, digital goods and content, freelancer services and B2B services.”

“Eighty-one per cent of Canada’s population is urban, and so urban small businesses have traditionally had more access to customers and therefore seen higher growth rates. But now, the Internet enables businesses, no matter where they’re located, to access buyers in markets across the globe. As a result, rural and suburban small businesses have been able to grow in the same way as their urban counterparts. Of urban, suburban and rural businesses, suburban businesses grew the most between 2016 and 2017, at a staggering 46.5 per cent year-over-year.”