Toronto readers made more digital downloads of ebook and audiobook titles from their Public Library than any other library user group, anywhere!

That’s the word from digital collection specialists at Toronto Public Library and from one of the world’s largest digital reading platform providers. 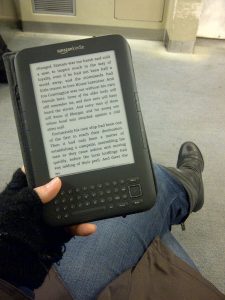 Rakuten OverDrive delivers online ebooks, audiobooks, magazines and other digital media to more than 43,000 libraries and schools around the world, including several here in Canada. Founded in 1986, OverDrive is based in the U.S. and owned by Tokyo-based Rakuten.

What’s more, as the TPL’s Maria Cipriano, Senior Collections Specialist, Digital Collections, explained in an email exchange with WhatsYourTech.ca, the 5.6 million checkouts quoted is for OverDrive only. TPL’s total digital circulation for 2018 across all its available distribution platforms surpassed seven million — a 24.1 per cent increase over 2017!

“Rakuten OverDrive is our main supplier of ebooks and audiobooks,” Cipriano detailed. “They provide us with the content and the platform for searching, browsing and circulation (checkouts, check-ins, holds, etc). TPL selects the content for this platform and controls the merchandizing of the content on the vendor platform and the apps. We also maintain the curated collections on the landing page (TPL Staff Picks, for example). 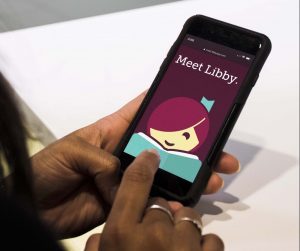 Calgary’s Public Library system is one of several that use OverDrive and Libby ereader applications to deliver digital downloads. CPL image.

Anyone with a valid library card can get digital downloads from the Toronto Public Library website page called Downloads and eBooks using OverDrive, and sign-ups are also enabled through FaceBook and the OverDrive account system. OverDrive also has a sister app called Libby, for easy download to Kindle eReaders, for example, and compatible smartphones.

It was more than a year ago that TPL became the first library in the world to lend over twenty million ebooks, building from very humble beginnings back in 2007, when just 25 ebooks made up the entire digital collection.

Ten years after that first digital download, the collection counted over 170,000 titles, which were borrowed over 4.6 million times.

“We’ve always said Toronto was a city of readers,” Cipriano rightly boasts; “this proves it.” Downloads so far this month already show a continued growth in the use of digital materials in 2019.

The circulation volume of physical materials is holding its own, although Cipriano reported that a slight decline in 2018 was influenced by the closure of TPL’s largest lending branch (North York Central) for renovations.

But the popularity of digital downloads may still be having a different impact on overall library usage and activity levels.

As reported by the Harris County Public Library system in Texas, for example, where digital content is also very popular (the system ranked highly on OverDrive’s list of digital library activities), administrators have “shifted some budget funds” to make more audiobooks available.

Shifted from where was not specified, but supporters of the Toronto Public Library Workers Union (TPLWU) may sense an influencing factor.

The Union has conducted public information pickets and protects recently to warn against what are called “staffless libraries,” and the announced experiment by the Toronto Public Library (TPL) Board being conducted at two of its branches (out of about 100).

While TPL says the effort is to add several additional open hours to the branches when they would otherwise be closed, those extended hours will not have library staff on-site to assist patrons.

TPL has said it intends to conduct the experiment for one year to judge how well it works before deciding whether to expand the staffless concept to other branches.

Access to the staffless branches will be restricted to patrons 18 or older, according to reports, who must pre-register and sign an indemnification clause protecting TPL before they are given permission to enter.

There’s no evidence that a move to greater digital downloads is behind the staffless experiment; in fact, TPL says the pilot will not impact its current staff levels or hours or programming, rather that it will give card holders expanded access to self-service options such as holds, lending, returns, and computer access.

TPL also notes that there are no plans to expand the staffless project to other branches.

What really concerns librarians at TPL, in spite of the record-setting download numbers being reported, is the fact that some titles are just not available to library users in an ebook format. Concerned staff from several Canadian public libraries are currently conducting a major national and social media campaign to raise awareness about issues connected with ebook availability.

From OverDrive, here’s a list of  the most popular ebooks borrowed from libraries in 2018:

And the most popular audiobooks borrowed from libraries in 2018:

How to properly deactivate Facebook’s services

Give Back To the Environment by Recycling Your Batteries