Remotely Piloted Aerial Systems (RPAS) have been in use since hot-air balloon bombers were used in conflict in 1849, I recently learned. But, what can drones do today? How are they used? Who is monitoring them?

I asked Paul Bennett, president of Aerobotika, to give an account of where drone technology is today and where it is going.  Aerobotika is a BC-based company, leading services in unmanned aerial systems (UAS) training with seven locations across Canada.  Aerobotika has also been training government agencies, oil and gas companies, and other institutions to utilize drone technology in hopes of protecting the environment.

Bennett began, “As RPAS continue to improve in terms of performance and popularity, their unique versatility is becoming apparent. From film sets to farmers fields, we’re seeing a variety of aircraft being used for an increasing number of applications including mapping, inspection, volumetrics, disaster relief, surveillance, exploration and more.” 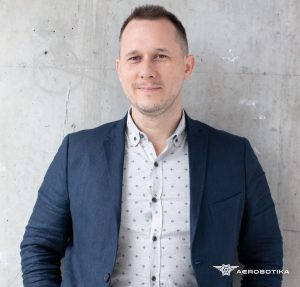 “When I think of areas where RPAS have had a significant positive impact I think of industries where lives have been at risk like fire-fighting, search & rescue, security/ reconnaissance operations and more. These days, drones are keeping people off the front lines while simultaneously increasing the scope of what they do.”

“If you imagine the film industry even as little as twenty years ago, the notion of aerial video was a huge investment considering helicopter rental, fuel, camera operator, insurance and other costs. These days, even micro-budget productions can achieve similar results at consumer-level costs.”

The technology and application is certainly pervasive, but what are the challenges?

“As our technology improves at an accelerating rate, governments, industries and citizens alike are put in a reactionary position as trial-and-error inevitably leads us to define the boundaries of what is possible and what is acceptable,” remarked Bennett.

“While this technology has quickly and irrevocably changed the modern industrial landscape, it continually poses unforeseen challenges – though this hasn’t stopped us before. To think, the idea of flying cars was laughable only a few years ago and we’re already seeing a host of functional prototypes. As battery performance and satellite positioning technologies keep improving, a transportation revolution is nearly upon us. It’s an exciting time to be a part of such a burgeoning, world-changing industry where the sky is literally the limit!”

“In Canada,” Bennett explained, “we have some of the strictest RPAS policies in the world, mandating that pilots have a thorough knowledge of regulations and best practices before they’re issued a permit to fly. For the past several years Transport Canada has been doing their best to audit operators and enforce the regulations, though undereducated pilots were still breaking or ignoring the rules. However, new Geo-Fencing technology is being integrated into a lot of consumer aircraft, which will limit users’ ability to take off in controlled airspace without the proper authority. “

You can learn more about drone training at www.aerobotika.com.

Privacy in Public: Nothing to Hide or Nothing of Value?

Internet of Things (IoT) Gets a Boost