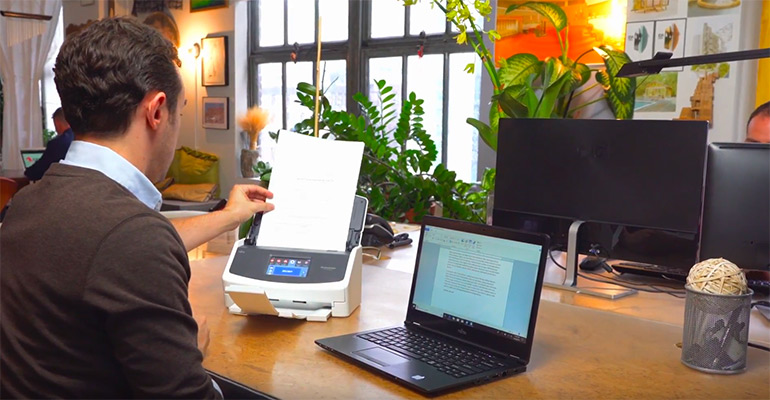 Organizing a paper trail is one thing, but when an office is filled with paper, Linda Chu helps others put that chaos in order with a fast document scanner.

Chu encountered her fair share of paper throughout a 20-year tenure in hotel management. She refers to it as “a heavily paper-centred work environment,” and was the catalyst to becoming self-employed by starting a business called Out of Chaos. She has built her business with the help of a Fujitsu ScanSnap scanner, which she uses every day to digitize and organize paper in the workplace.

It started with scanning documents and business cards, except handling larger workflows necessitated deploying a scanner, including software to efficiently file those scans with little to no micromanagement. More importantly, she needed to show others how to do the same.

“Manipulating the data was critical because it’s not good enough to just scan it and then dump it into one room, so to speak,” says Chu. “There are different categories of information that I would create, like separating business from household, tax documents versus archive documents, and so on. It just helped me to be able to further define how I store the data, but more importantly, how searchable that data was.”

Fujitsu’s ScanSnap scanning software includes file systems that link with a computer’s onboard storage, as well as cloud services, like Dropbox, OneDrive and Box. It also enables scanning to smartphones or tablets. 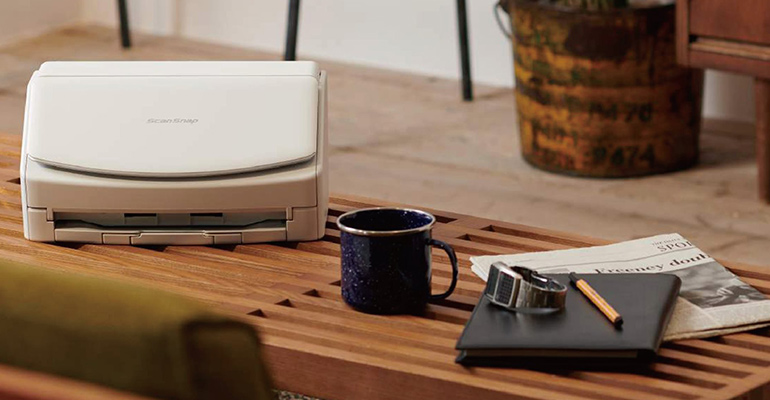 Chu likes to call these “digital filing cabinets,” which are no different than physical ones, in theory, yet can be far better organized when scanned in batches like a ScanSnap does. Multifunction or flatbed scanners don’t handle the same volume of paper, making them too time-consuming. Nor do they offer duplexing, so that both sides of a document are scanned together.

Migrating all of the output requires careful consideration, she adds. She separates “active” and “reference” information, and keeps archival content apart from the other two.

“When people don’t have the right tools at their disposal, they’re not going to use them, no matter what the benefits are to digitizing their data,” she says. “For example, business cards alone are rendered useless when people don’t capture the information. They have a physical card that stays on a desk, but if you can’t reference that data on the mobile devices you bring everywhere with you, you render that information useless.”

Chu doesn’t scan documents for clients herself, preferring to show them how to use devices like the ScanSnap to handle all the paper they want digitized for themselves. She views the period leading up to tax filing as significant because of how users can itemize and collate receipts “to stop the insanity of searching in a panic every year when tax time rolls around.”

Solo entrepreneurs and business owners waste too much billable and productive time handling paper documents, she adds. Late nights and frustrating searches for pertinent information initially spurred her to adopt bulk scanning as a means to get organized.

“I realized it was like I had no work-life balance,” she says. “If I was going to talk about productivity to others, I needed to follow my own advice, so it was revolutionary for me as well.”

Laptop vs. Tablet vs. E-Reader: What’s Best For Students?