Samsung recently held its annual Developer Conference, SDC19, in San Jose, CA. There, the company introduced several innovations in products, services, and software touching on everything from the Bixby voice assistant to the SmartThings Internet of Things (IoT) platform, Galaxy devices, smart TVs, and more.

Here’s a rundown of the key announcements in different categories. 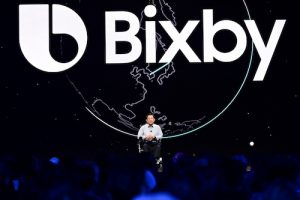 In order for Samsung’s Bixby voice control platform to take off, it needs support. And this will be achieved in several ways based on announcements relating to the Bixby Developer Studio.

There are new Bixby templates that will simplify the process for developers to create capsules using pre-existing forms. This way, they don’t have to start from scratch. There are also enhanced Bixby Views for building capsules with a consistent design so they can be used not only for smartphones, but also smart TVs, tablets, smartwatches, and even refrigerators.

Additionally, capsules can be registered until the Natural Language Categories so when a customer asks Bixby for something, Bixby will suggest an appropriate capsule more quickly and easily – the exact name doesn’t have to be spoken.

For Samsung’s IoT platform, which the company says has more than 45 million monthly active users globally from thousands of compatible devices (made both by Samsung and third-party companies), there’s now a Work as a SmartThings Hub (WASH) program. It will help partners, including network operators, embed SmartThings Hub software into their devices.

New capabilities were announced for developers to help them build on and integrate existing devices with the SmartThings platform. These include a new Rules API that brings to life more automated smart home experiences to reflect individual daily routines across a broad range of SmartThings devices; and a SmartThings Device SDK Beta program that will launch in early 2020 to enable more third-party manufacturers to create SmartThings-compatible devices.

But the biggest announcement pertaining to this UI at SDC19 is an expansion beyond smartphones and tablets to also include wearables as well as new form-factor devices, like the Samsung Galaxy Fold foldable phone, which will officially be in Canada on December 6 starting at $2,600. Samsung confirmed, as originally announced at SDC18, that it would continue to explore other new form factors in the foldables category and is encouraging developers to explore new user experienced relating to them. An exclusive in-store pre-order for the Samsung Galaxy Fold will begin November 28 at all Samsung Experience Stores across Canada.

Samsung is investing heavily in 8K TV technology, and its AI ScaleNet will make it possible to stream 8K videos on networks with lower bandwidth capabilities. Also announced at the conference were new tools to help developers bring new experiences to Samsung smart TVs, which are powered by the Tizen operating system.

The new developments include Wits, which automatically uploads a code edit to the TV so developers can see their update almost immediately, significantly trimming development time; EasyST, which makes testing content playback easier because developers don’t need to build their own test app to make sure their content is streaming as intended; and TIFA (Tizen Identifier for Advertising), which gives consumers the option to limit ad tracking or opt-out of targeted advertising. 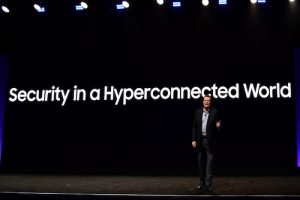 Samsung announced several new features on the security end that will apply to many of its devices across several categories.

Samsung has also been working with German government agencies, especially BSI, and industry partners on developing a mobile-enabled eID for digital services.