The efforts of digital activists, consumer advocates and even government legislators to put in place a right to repair gathered steam right across the country. Tens of thousands of Canadians signed petitions calling for the right to be able to fix their own property. Bills were tabled in at least two provincial legislatures to officially give consumers the right to repair products they’ve purchased.

That was last summer. The momentum now seems to have lessened or been redirected, especially at the legislative level: one provincial bill’s been voted down and the new federal government has not included the right to repair among its priorities or most pressing challenges. Perhaps understandably, in the current circumstances.

But even at the Commission for Complaints for Telecom-television Services (CCTS), where Canadian consumers can voice their concerns – to put it mildly in some cases – about phone and cable and Internet services, there’s not much buzz about the right to repair.

Last year, with an all-time high 19,300 complaints received, the right or lack thereof was not widely cited.

Billing issues ranked at the top of the list, followed by complaints about how important service information is shared. 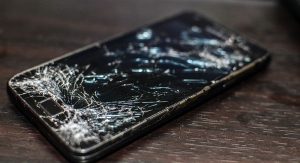 The right to repair gives consumers the access and resources needed to fix and modify a wide range of products, not just smartphones. CC 2.0 image by Ashwin Kumar.

And while right to repair advocates aim to give consumers the access and resources needed to fix and modify a wide range of products – digital gadgets, electronic appliances and vehicles included – it’s smartphone repairs that caught a lot of attention.

(To be clear, the line between the right to repair and the joy of jailbreaking gets blurred sometimes. Both may void warranties, but repairs can be necessary. Adding unauthorized apps not so much.)

Whether its cellphones or tractors, the real right to repair makes economic and environmental sense. 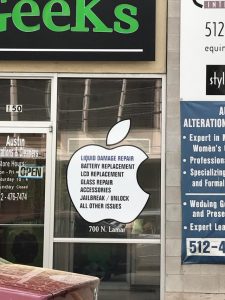 Some repair shops have OEM relationships that allow for the sale of original parts, tools and techniques. The right to repair movement wants the same access for individual consumers. CC image.

“Without Right to Repair, consumers will continue to be forced to pay the original manufacturer exorbitant prices, or to throw away damaged products because the cost of fixing the item is prohibitive,” said MPP Michael Coteau, who introduced the bill in the Ontario Legislature. “This is an unnecessary expense for consumers, a wasteful harm to our environment, and it limits the opportunities for small business repair shops.”

His bill was voted down.

In Quebec, Member of the National Assembly (MNA) Guy Ouellette tabled a petition with over 45,000 signatories in support of his bill calling for a right to repair. That was last April; even if passed, elements of the bill would not come into effect until 2022.

The signatures demonstrate “that planned obsolescence is a problem that preoccupies a large part of the population,” Ouellette said at the time. “It is our responsibility to consider the important environmental impacts and to protect consumers through the promotion of open markets.”

The described benefits of a right to repair are well-known, yet protection for the consumer could pose a risk for the manufacturer.

The right to repair means consumers should also have access to the right tools to make a repair, and help if needed to do it properly. Instruction manuals and the most recent product documentation for a start; compatible replacement parts, updated software and other specific diagnostic and repair tools could be needed.

Original equipment manufacturers (OEMs) complain this access could damage the value of their intellectual property and erase what sets their products apart in a competitive marketplace.

Some say the practice could even jeopardize consumer safety and privacy. Too much granular information out there might allow “bad actors” to manipulate a product’s security parameters and create backdoors to the user’s personal data and other valuable property.

If calls for the individual consumer’s right to repair are not being heeded legislatively, marketplace developments are at least opening up some repair options. More repair stores have OEM relationships that allow for the sale of original parts, tools and techniques. 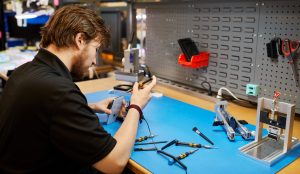 Apple, for example, is providing more independent repair businesses – both large and small – with the same genuine parts, tools, training, repair manuals and diagnostics as its Authorized Service Providers. Repair shops can join Apple’s new program for free and get free online training for their employees, but it isn’t available directly to consumers.

Another example of the widening repair market: one Canadian-based smartphone and tech repair company, Mobile Klinik, recently doubled its storefront presence, opening new stores and purchasing existing properties, from 40 to 80.

(Unfortunately, the market demand for repairs may too have left behind demands for the right to repair.)

For their part, Coteau and Ouellette seem undeterred. They, along with other provincial legislators, have joined a U.S. group looking at a legislative Right to Repair option for consumer products like smartphones.

New Brunswick Member of the Legislative Assembly (MLA) Daniel Guitard and P.E.I. MLA Gordan McNeilly are with them.

The Council of State Governments launched its investigative committee at the Eastern Regional Conference meeting in Pittsburgh with enthusiastic statements of intent. Along with the Canadian legislators, it includes 11 American states and two territories.

That was last summer, and since then the momentum behind other marketplace and legislative developments have come together to leave the right to repair behind.