Smart home security systems are ringing alarms among privacy advocates and security experts, with multiple reports of device hacking, user database leakage and other vulnerabilities that could put homeowners, their neighbours and even their communities at risk.

Home security systems like Amazon Ring and Google Nest can combine video cameras, Internet connectivity, mobile apps, biometric recognition and other technologies to create a unified platform so users can have easy and convenient control over their homes. Door locks and doorbells, thermostats and smoke detectors, entertainment systems, streaming media services and much more can be part of the system. 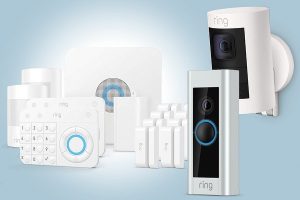 Smart home platforms can have direct communication and share video with local police forces – all starting with a bell on the front door.

Smart home platforms like the Ring system take the idea of home protection a step further with integrated cameras and microphones, motion detection, cloud-based services, embedded facial recognition capabilities, even direct communication with local police forces – all starting with a bell on the front door.

With its HD video-equipped doorbell, Wi-Fi connectivity and companion mobile app called Neighbors, the Ring system not only promises to keep a users’ home safer, it pledges to keep the neighbourhood safe. Users can pay a monthly fee to be part of a security network that allows them to see and share video footage from their front door. Should apparent suspicious activity or persons be observed, the user can share the footage directly with local law enforcement.

Smart home security platforms can also be integrated with facial recognition programs so the video is analyzed and entered into a database of so-called suspicious persons.

For civic officials and security forces, the capabilities of various video doorbell-equipped smart home systems are very attractive. So much so that hundreds of police forces in the U.S. and some in Canada are linking their activities to the smart home platform: Amazon says at least 400 police departments have connected with Ring, and they could if desired ask for footage from Ring-enabled homes without requiring a warrant. Reports indicate that not only is there a potential advantage for law enforcement to use the footage, but there may also in some cases be an incentive or contractual requirement to do so. 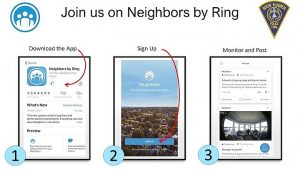 Neighbors app users can pay a fee to be part of a surveillance video-sharing network to help protect their neighbourhood. Videos may be shared beyond the immediate vicinity, according to some reports.

Here in Canada, while many police forces are making headlines as far as their own use of dedicated facial recognition systems is concerned, other officials have called for the adoption of the Ring system by residents in their communities. They want to partner with Amazon and its video-equipped, app-enabled platform, which can effectively operate as a facial recognition system on behalf of local law enforcement. 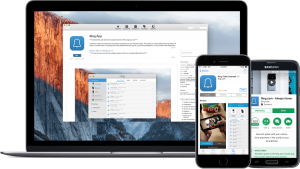 Police services want to partner with Amazon and its video-equipped, app-enabled platform, which can effectively operate as a facial recognition system on behalf of local law enforcement.

That has privacy advocates and community organizers worried: dozens of civil rights organizations have signed a petition calling for elected officials to stop the partnerships and start public investigations into the efficacy, safety and security of the platforms and related technologies.

OpenMedia, the Canadian not-for-profit group advocating for a safe, open and accessible Internet, is one of the signatories concerned about the estimated three million-plus connected home surveillance systems installed in the U.S. last year, and how many may be used here in Canada.

No less an authority than the MIT Technology Review reports its analysis of available public crime data in the U.S. indicated a year-over-year increase in the number of reported burglaries where Ring systems where distributed. The findings are disputed, of course, but that disagreement only underscores calls for further public investigations.

Not only the efficacy but the safety of smart home systems is in question: Amazon’s Ring system, in particular, was named in a lawsuit claiming the system can easily be hacked and hijacked. Video footage and other possibly personally-identifying material captured and stored by the system may be inappropriately accessible to or used by company employees or third-party contractors.

Smart home gadgets like video-enabled doorbells and connected sensing systems are all part of the Internet of Things; but as has been reported for years now, it appears that a robust strategy for consumer protection and individual privacy has not yet been fully hooked up.

Beyond the digital trail IoT device users can unwittingly leave behind, it seems even the physical home addresses of thousands of Amazon Ring / Neighbors users are vulnerable, with the word those (U.S.) addresses have been leaked and a national map created showing their whereabouts with precise geolocating detail. 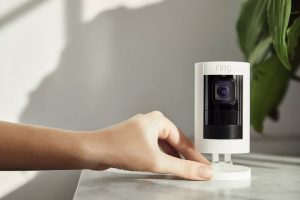 Amazon is taking steps to address privacy concerns with its Ring device and the company announced that new privacy tools are being integrated into the platform.

Amazon is, of course, aware of the concerns and criticism about the safety of its system, and the company is taking steps to address them with recent announcements about new privacy tools being integrated into the platform.

Even so, for any technology designed to provide safety and security at home, the number of unsafe and insecure elements identified so far is a nationwide concern.

Here in Canada, a Ring spokesperson told the CBC, the app is not yet available.

At least for now, some might feel safer as a result.

Video Messaging and Calling Apps You Should Be Using