Canadian technological know-how is helping develop reliable mobile communications for next-generation space missions, including manned missions to the Moon, Mars and beyond. 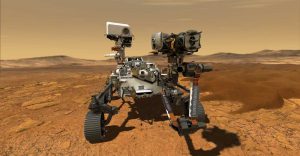 With many eyes here on Earth now turned to Mars, (following the successful journey of ‘Percy’, the roving space exploration vehicle more formally known as Perseverance that is now cruising the Martian landscape), the continued role of Canadian researchers and technologists in space exploration has also drawn more attention.

A team of researchers at Simon Fraser University is working to make LTE/4G and Wi-Fi communications systems on the Moon a reality, along with others in the U.S. and Canada, under the umbrella of the Artemis Program at NASA.

That project will see the return of human beings to the Moon by 2024, and then to the surface of Mars after that.

As part of those efforts, NASA selected Nokia Bell Labs to build a test network and communications infrastructure to build interoperability standards among future cellular and Wi-Fi networks, so that all types of devices can be connected and support Artemis.

The network must provide critical communication capabilities for many different data transmission applications, including command and control functions; real-time navigation and remote control of surface rovers; as well as the streaming of high definition video, applications that are all vital to long-term human presence on a lunar or planetary surface. 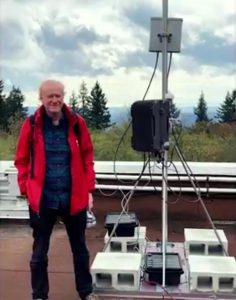 “It sounds like far-out stuff, building networks on the Moon, Mars and even further out in our solar system,” says Stephen Braham, the director of the PolyLAB for Advanced Collaborative Networking at SFU. “But we’re actually testing Nokia’s technology right now.”

SFU’s PolyLAB for Advanced Collaborative Networking is doing some of the testing work at its Exploration Wireless Communications facility at Vancouver’s Harbour Centre, in collaboration with the Canadian Space Agency (CSA).

“(This is) what will allow us to build the ladder of technology standards needed to get cellular networks off Earth and into the solar system,” Braham added.

NASA and the CSA handed that critical testing to Braham and the scientists at PolyLAB, the Canadian component of the Exploration Wireless Communications (ExWC).

“Before space agencies can adopt these technologies, we need to prove we can operate between multiple vendors and different agencies, which is why NASA and CSA supports the ExWC testbed,” he continued.

The ExWC testbed launched back in 2018, testing high-speed wireless communications systems for space use, including 5G-forward LTE solutions and advanced Wi-Fi.

The SFU radio transmission systems, in the lab and on masts in the mountains in B.C. and the Yukon, are tested with various vendors and leading telecom providers, such including Vancouver-based Star Solutions and Sierra Wireless, another local company, as well as international telecommunications firms like Nokia.

Braham and associate professor Peter Anderson, who directs the SFU Telematics Research Laboratory that includes PolyLAB, both have extensive track records working on communication systems for NASA and the Canadian Space Agency (CSA).

It includes extensive research on very early cellular and Wi-Fi networks in the Canadian High Arctic, where advanced field communications systems were set up to support the SETI Institute and Mars Institute-lead NASA Haughton-Mars Project (HMP) up on Devon Island.

That’s where Braham and his team tested the technology (developed in Canada) that became a big part of modern Wi-Fi, LTE, and now 5G technology, in order to meet up-front needs on human lunar missions if not all manned space flights.

From those early beginnings, the SFU team has now worked with other collaborators for the ongoing design and development of Canada’s prototype lunar/Mars surface communication networking systems, specifically the ExoMars rover, including Canadian space technology company MDA and the Canadian Communications Research Centre.

Braham is also an Associate Member on the Consultative Committee for Space Data Systems (CCSDS), supporting CSA during discussions and development of international standards for computing, networking, and communications in space. He also worked for many years as a member of the CSA’s nine-member Space Exploration Advisory Committee (SEAC), providing community leadership and representation in aspects of human space exploration in Canada.

But, when space agency officials announced recently that a Canadian will be aboard when NASA returns to the Moon in 2023, well, Braham was not named as that astronaut.

Nevertheless, with his and his team’s help, that astronaut will make Canada the second country in history to have someone travel into deep space and fly around the Moon.

And maybe use a mobile phone to call us and tell us all about it.