“Think globally, act locally” is a popular phrase that reflects today’s concerns about conservation and the environment, while attempting to put into a manageable context what actions we can take locally to counteract global challenges to the ecology and the economy while ensuring our own health and well-being.

The fact that such a seemingly timely and relevant phrase was first uttered more than one hundred years ago speaks to the importance of the concept.

Scottish planner and conservationist Patrick Geddes introduced the idea in 1915, in writings entitled “Cities in Evolution”.

The interplay between local and global is also embedded in a newer concept known as Transnational Localism; it’s about supporting small businesses and large enterprises as they seek to make headway in a global marketplace, while also ensuring that the local communities (the home for company employees and physical offices, plants and facilities) are themselves successful, productive and adequately rewarded.

As it celebrates its first 25 years in operation, the business productivity software developer Zoho Corporation says plans for the next 25 years include a focus on transnational localism and support for self-reliant economies. 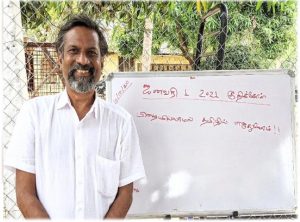 In anniversary announcements by Sridhar Vembu, Zoho CEO and co-founder, he described how Zoho has opened more than a dozen “spoke offices” around the world, mainly in smaller centres, allowing the 20 to 40 employees per office to work in their communities, to stay near their homes.

And the company’s transnational plans reach locally to Canada.

While Zoho is headquartered in Austin, Texas (and its founder’s home base and international headquarters are in Chennai, India), it has now confirmed plans to open a Canadian office, as the company’s national evangelist here, Chandrashekar LSP, explained to WhatsYourTech.ca during an online conference call.

Among the pandemic lessons we have learned, LSP points out that “We need local capacity to be resilient.” Globalization is under stress; supplies are limited in needed areas, expertise is siloed in cloistered academic or health care environments. 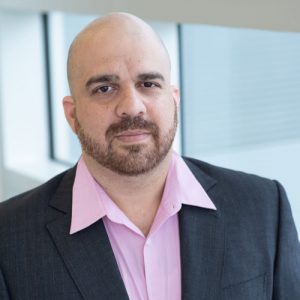 Rather than silos or cloisters, LSP adds that “Being transnational is about being connected, being able to share knowledge and expertise, and sharing opportunities in every location.”

With that in mind, Zoho will open its first local Canadian office in a smaller town, Cornwall, Ontario. The area has a good talent pool, good schools, and education facilities, affordable living, and good quality of life with easy access to nature nearby. There’s a powerful Internet backbone serving the community, as well as international airports in reasonable proximity.

LSP says three to eight staffers will be working out of the new facility; Zoho also plans for a Canadian data centre, which has been delayed by the pandemic, but as of early April, the company is conducting business in Canadian dollars.

While he’s long been known to his clients and associates as LSP, as a moniker, it is in the context of Transnational Localism that LSP, as an acronym, has another meaning: Local Strategic Partnerships (LSPs).

It’s another phrase to describe the economic value of shared knowledge and business culture to both the local and the global. Or, simply because the country is so big, the value lies at the local, national and global level in Canada’s case.

So Zoho is creating hub offices in rural towns and smaller regions with smaller “spoke offices” in neighbouring villages right around the world. 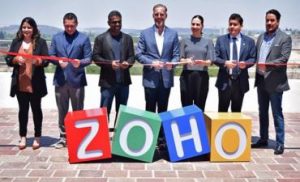 Zoho has established nearly 15 so far, in India, Texas, Mexico, and, as mentioned, one here in Canada. Many more are on the way, Zoho says. Each spoke office will recruit local talent (and look to support local training and incubator programs), or seek to enlist employees who will leave big cities and bring their expertise and skills to the local hubs. Even the building or renovation of such spoke offices is tied to localism: local materials, construction workers, resource infrastructure, etc.

When opportunities are local, people can participate in their communities, and with the penetration of technology such as broadband, working locally is not only possible, as a participatory initiative, it is productive as well. 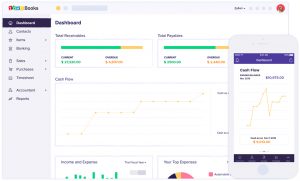 As a provider of productivity and collaboration software, Zoho is also providing that mindset with a comprehensive online collection of education materials, case studies and productivity tips.

It has gathered input and advice from Zoho customers, staff and analysts around the world and matched that with resources on how to run a company remotely and successfully.

Of course, the company is actively developing new software tools, features and supports for its suite of enterprise management, collaboration and meeting tools.

Zoho Remotely, itself a suite of productivity tools, as well as Zoho Classes and BacktoWork are among the recent business continuity tools released.

Throughout its many software tools and productivity suites, Zoho maintains a consistent approach to data privacy. 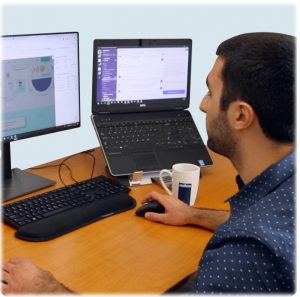 Even with its free products, LSP notes, the company “refuses to put ads in. Free products are not privacy-violating free.”

Providing as it does a vision of safe, secure, accessible software tools for business productivity, collaboration, and unified communications, Zoho is well-positioned for its next 25 years — at both the local and the global level.