One of the world’s oldest games is making its move for the full digital treatment, with plans for an online global chess league that integrates new technologies like 5G, artificial intelligence and virtual reality.

The launch of a first-of-its-kind ‘phygital’ (physical and digital) Global Chess League capitalizes on the resurgence of interest in the ancient board game, driven as much the popularity of The Queen’s Gambit (a popular opening sequence among chess players and a #1 streaming show on Netflix) as by the stay-at-home impacts of the pandemic.

Organizers of the new competitive chess league say they will also make use of technology to drive innovative scoring technologies, new board selection methods and a fantasy league. It’s a move to raise the profile of the sport, attract new generations of chess players, further engage the fan base and take the sport to new commercial heights. 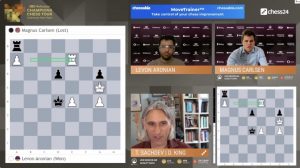 Yet a digital invitation to play the Royal Game may not be all that necessary. The game has long had a strong digital component: Chess.com says there are some 20,000,000 members on its site – and it has a counter on its home page to keep track of all the online matches they are playing.

There’s also has a strong social media following for chess, exemplified by the now more than one million fans following Hikaru Nakamura. The five-time U.S. chess champion’s huge streaming media following is attracted to his fast, bold play and his obvious comfort with the online platform – he creates his own streaming videos and he’s used his online presence to support charitable giving.

And then there’s the dynamic online chess duo known as the Botez Sisters. If chess has social media influencers, Alexandra and Andrea are surely among them. Their recent signing of a big esport deal and formation of Team Envy is another indicator of the popularity of chess in both the virtual and the real world. 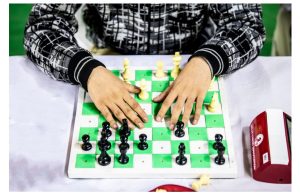 Meanwhile, the first Online Chess Olympiad for People with Disabilities recently attracted more than 400 players from 45 countries, making the game even more accessible. With plans for further expansion, app developers and computer programmers are developing a virtual platform for blind and limited-vision players to access “all the functionalities and possibilities” of online chess, according to the International Chess Federation (FIDE).

FIDE is also supporting the Global Chess League with an accredited and exclusive status as the only world league officially recognized by the governing body of the sport of chess.

Five-time World Chess Champion and Indian Chess Grandmaster Viswanathan Anand is the face of the new chess league, and he will be an advisor and mentor to its organizers. He joins with global information technology company Tech Mahindra, a global IT firm headquartered in India. Mahindra has tech partnerships around the world and hundreds of thousands of employee across 100 countries, working in 5G, blockchain, cybersecurity, AI and more.

Tech Mahindra will act as the architect behind the Global Chess League, and will provide necessary operational and technological support, using what it calls its NXT.NOW framework and a commitment to use cutting-edge technologies to enable digital transformations in industry, health care, banking and finance, and now, to deliver enhanced customer experiences on popular board games.

Current plans envision the League with players from all levels – professional or otherwise – in eight franchise-owned teams based around the world. A mix of titled women and men players along with juniors and wildcard entrants is pictured, with teams playing each other in a Round Robin format before qualifying for the semifinals and the knockout stage of the championship. 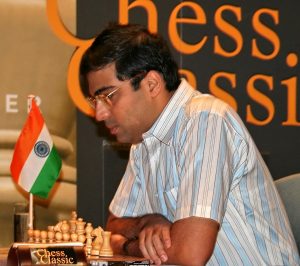 As a five-time World Chess Champion, Global Chess League figurehead Viswanathan Anand has made his move to rank among the greatest champions of all times. His trademark lightning speed and intuitive play is well-recognized and commentators rate him as one of the most natural talents in chess.

“I am personally happy to partner with a technology provider like Tech Mahindra, whose endorsement and promotion will certainly elevate the sport to a higher level and offer the right platform to popularize chess across the globe,” Anand said about plans for the new league. “At this time, a unique opportunity exists to popularize it further and dramatically enhance its visibility through a global league powered by technology. There is a renewed interest in the game of chess and through this unique global league format, we will be able to keep the spirit of chess intact and ensure the right platform is provided to upcoming talent.” 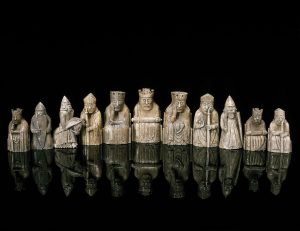