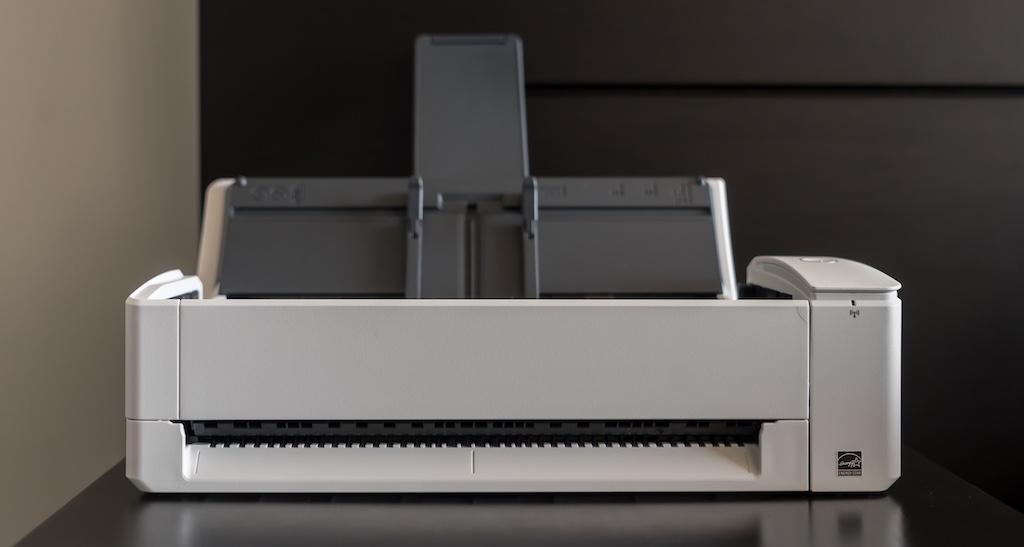 Fujitsu has several different document scanners, though few are as small as the ScanSnap iX1300 and its focus on less demanding workflows.

The iX1300 doesn’t come with all the bells and whistles you would see in a flagship like the ScanSnap iX1600. It’s more portable and more linear in how it works, which makes it a better fit when you want to scan documents without paying a lot more for it. It also matters how much you actually want to scan, as this device takes a “less is more” type of approach.

With portability in mind

Said approach starts with the ScanSnap iX1300’s smaller footprint. Measuring 11.7-inches wide, 4.5-inches deep and 3.3-inches high, it’s not all that cumbersome. Plus, it weighs a reasonable 4.4 pounds, and only really needs one — maybe two — cables to plug in to get it working wherever you go.

Its portability is a big selling point, especially if you’re in a line of work where mobility is key. Realtors or legal professionals might think this is up their alley, whereas accountants and restauranteurs may like that it takes up less space on a desk. Whatever your vocation, if you need a document scanner that can work in more than one place, Fujitsu has that covered.

The company previously tried its hand at portable scanning in the form of the ScanSnap S1300, except this one offers both front and rear scanning options. The iX1300 has a front feeder ideal for scanning IDs or when you just want to run a single page through. Either way, you do need to lift the top cover to turn the scanner on, and with the lone ‘Scan’ button over to the side, there aren’t many other physical controls. There is a Wi-Fi switch in the back to enable wireless connectivity, though you will need to use the included USB cable to do the initial setup on a Windows PC, Mac or Chromebook. Or you can use the ScanSnap Connect app on iOS, Android or Fire to perform the setup in lieu of a computer. It’s finicky, though, and your experience may vary based on how smooth the process feels.

The limited space means there is no Ethernet port, so if you are looking for reduced latency while keeping this connected to your network, there’s no way to do it. I found the Wi-Fi connection to be pretty stable, but it is a reasonable concern if you’ve encountered interference in the past.

Here’s the main thing to bear in mind: the iX1300 has an automatic document feeder (ADF) that can fit up to 20 standard A4 pages (with standard thickness) at one time. There is duplex scanning, so you get both sides on one pass, but the smaller form factor and mechanics inside mean this scanner won’t be as fast as others from Fujitsu. 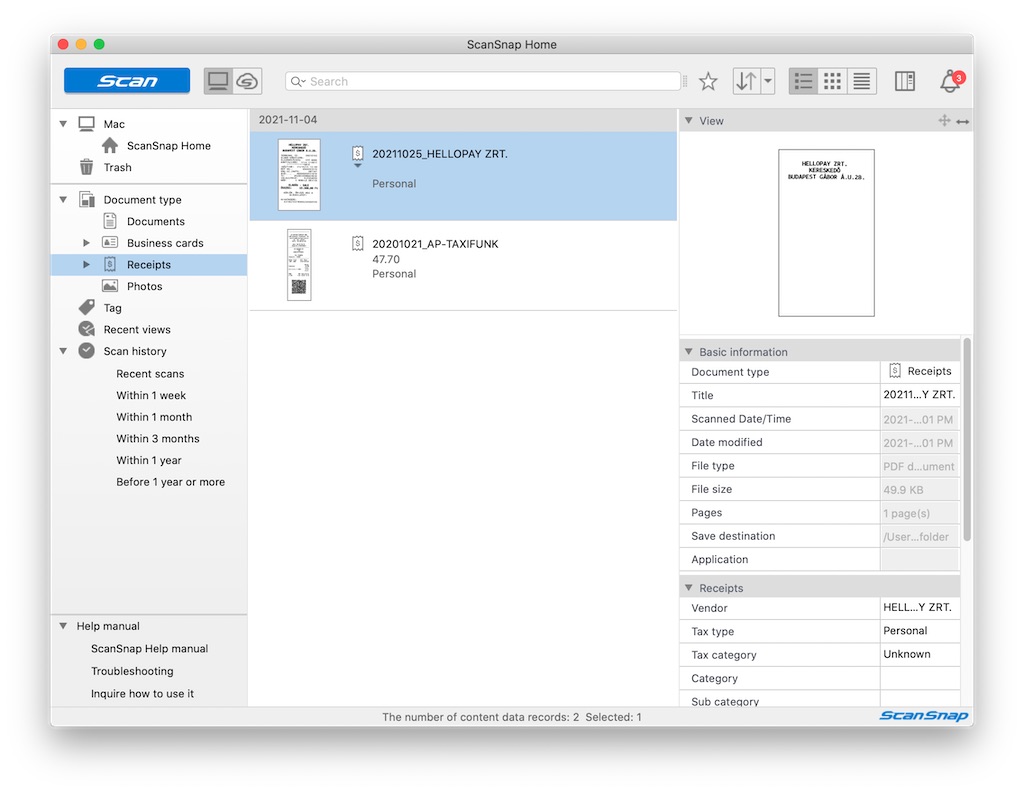 Where the ScanSnap software comes in

Fujitsu’s ScanSnap Home software figures more prominently here because, unlike some other ScanSnap scanners, the iX1300 doesn’t have its own screen. Yes, you can press the Scan button to run through pages when ready, but you won’t know much beyond that until you look at your computer screen.

The iX1300 can run through up to 30 pages per minute in Best mode, dropping to 9ppm in Excellent mode. Since the ADF can only hold a maximum of 20 pages, your mileage varies. And it also depends on the output settings, so if you want to scan colour at 600dpi instead of 300dpi, it does take longer to run through each page. In any case, the pages run through way faster than would be possible with a flatbed scanner, so you do save time one way or another.

The ScanSnap software is also a big reason why because of how it can allocate files once you’ve processed them. It knows to place the right document type in the right folder. For instance, if you scan receipts, business cards and documents, it puts them all in their corresponding folders, which have shortcuts on the side. Anything with photos or images, like handouts or brochures could end up in the Photos folder. 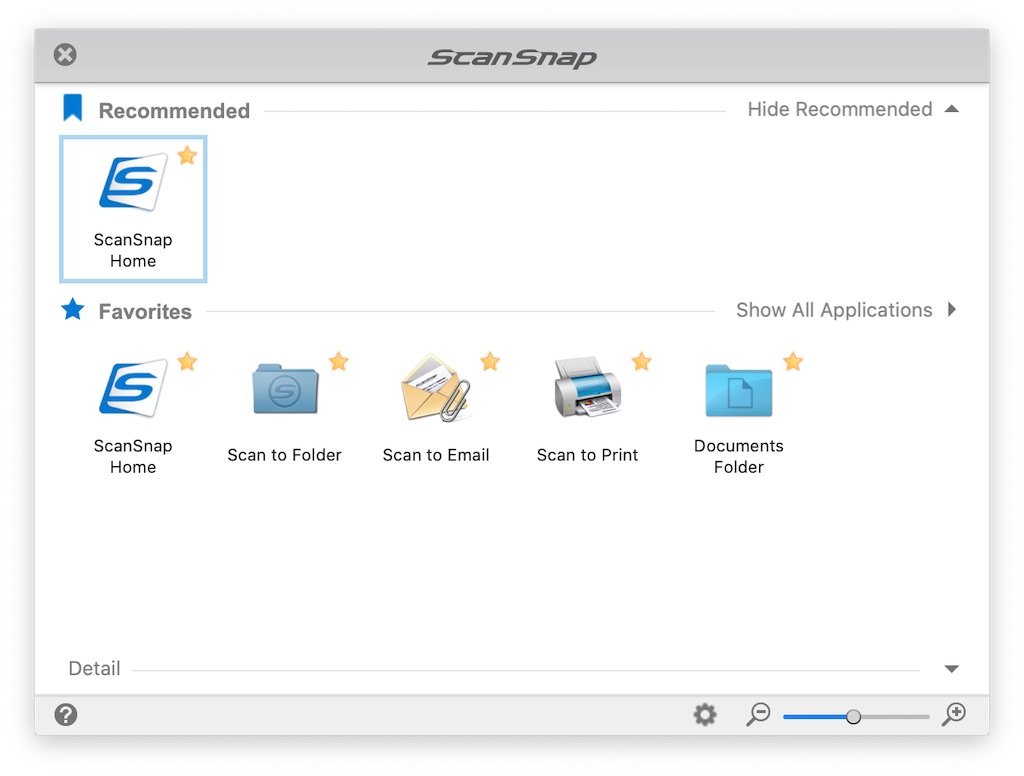 Now, that’s for saving everything locally on your computer’s own storage, but there’s also the cloud integration with some of the most popular services. The current list is as follows: Box, Dropbox, Evernote, Google Drive, Hubdoc, LedgerDocs, Microsoft OneDrive, Property Matrix, Rocket Matter, Securedocs, Shoeboxed, Expensify and Google Photos.

As is often the case with Fujitsu’s ScanSnap devices, getting it up and running is faster than the actual setup process to customize what you want it to do. If you have an existing profile from a previous ScanSnap, you can migrate your settings over to save a lot of time. Otherwise, if you’re starting from scratch, go to ScanSnap Home>Scan settings>Scan to cloud to set things up. It is fairly simple in that you need only sign in to your cloud service to link it with the iX1300. From there, you can tell the scanner when to send a scan up to that cloud service.

You also have the option to scan directly to your email address where it will open a new email and attach whatever you scanned to it. Just type in what you need and send it off. Alternatively, you can also scan documents to a cloud service in a folder you may be sharing with others. It’s a neat way to collaborate with others in real time. If you prefer to run a workflow that saves to your own computer, where you can then edit or add notes to it like you could with Adobe Acrobat or other similar apps, then you can just as easily do that, too.

I mentioned the ScanSnap Connect app earlier, and it does offer a way to see scans and move them around on your phone or tablet. Basically, run docs through the iX1300 and press the Scan button on your mobile device. The scans show up there, and you can then do whatever you need with them. It’s super convenient if you need to look at documents and send them while you’re away from a computer or about to step out.

However, it doesn’t save simultaneously to your computer, or even sync to it later. If you scan directly to a phone or tablet, the file lives there until you upload it to a cloud service or send it over to a computer that way. Again, with portability in mind, that kind of flexibility could work well.

The one catch was that I couldn’t get the scanner to work with a phone or tablet without a Wi-Fi network connection. There is no Wi-Fi Direct access here, so the only real recourse I found when emulating an off-site situation was to use the USB cable with a laptop. Otherwise, I would need to set it up all over again with a different Wi-Fi network to get it going. Once you cross those bridges, the integration will sometimes feel seamless out in the field.

A big caveat to everything the iX1300 does is that the ScanSnap software also has its own guardrails. As anyone who has worked with it knows, Optical Character Recognition (OCR) is a huge benefit to editing PDFs. It’s just that the only ones you can actually edit here have to come from a ScanSnap scanner. It won’t work with documents you scanned on other machines, meaning you get no compatible OCR. You would have to rescan those files in this device to make them editable, which isn’t going to be realistic in every scenario.

Also, if you use a cloud service that’s not on the compatibility list, you will need to work around that. Whether that’s adding another step to your workflow, or figuring out some other solution, the current list doesn’t let you add others natively. 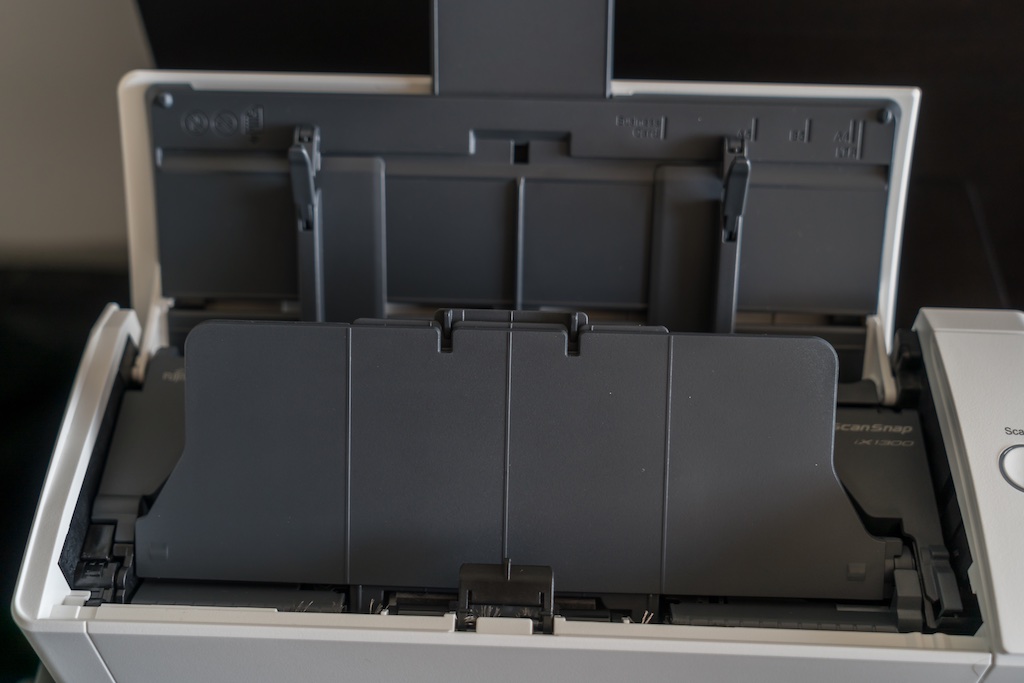 A nifty scanner that comes at a price

The ScanSnap iX1300 isn’t cheap at upwards of $400 or more. Granted, it essentially pays for itself if it helps you do your job better, but in paying that much up front, you do have to weigh out the value you’ll get from it. If your paper volumes are too high for this, there are other scanners to handle that. If the volume is moderate, or you need a scanner that can move with you, it’s hard not to like this one.

It also comes in black or white, in case that matters to you, but aesthetics aren’t the strength here. True, the ADF is smaller, leaving you hanging on larger format stuff, but the overall performance and output are there when you need them. Scan quality is excellent, and the speeds are more than manageable.

5 Chromebooks With A Unique Twist