The global financial industry and the teller at your local bank branch are looking to expand the services they offer while building higher levels of data confidence and customer privacy. New facial recognition tools powered by AI – that means artificial intelligence, but it also means algorithmic identification – are key to their plans.

As many as 700 financial institutions deployed digital identity verification and authentication technologies in the past year, including face and fingerprint scanners. Banks, credit card issuers and other financial service providers see the digital ID tools as a way to boost protection against fraud, but biometrics and other customer data can also be used to create a widening range of customer services beyond typical banking products. 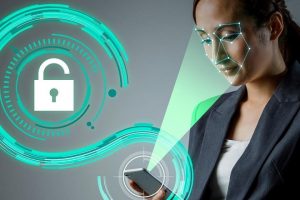 Facial recognition systems like the Equitas platform are among those used in banks worldwide, and the Canadian government is holding public consultations about such implementation.

So, it is not coincidental that the Canadian Office of the Superintendent of Financial Institutions (OSFI) is launching a three-month public consultation about technology and managing cyber risks in the financial arena. OSFI regulates and supervises all domestic and foreign banks operating in Canada.

But among the newest identity verification deployments, Canada’s third largest bank Scotiabank is now rolling out facial recognition and e-Teller services in its international branches and soon in Canadian banks.

In Chile, for example, a new e-Teller system was introduced nationwide this summer, letting customers access in-branch services with a fingerprint or facial scan (as opposed to a physical debit card). 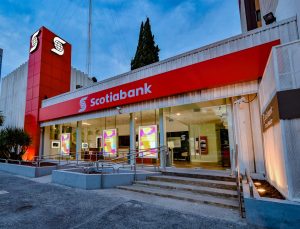 The roll-out was part of a 12-month initiative (much of it conducted, obviously, during pandemic-related restrictions) to nearly 130 Scotiabank branches in the country. Scotiabank is the first bank in Chile to use facial recognition in its teller systems, and the initial reports are glowing:

Simply put, e-Teller is a screen positioned next to a human teller at which the customer does a fingerprint or facial scan to access their account. Scotiabank started using the system in the Caribbean, scaled it to Colombia and now Chile.

“This is a true innovative global product,” said Gaston Battiato, Chief Information Officer, International Banking. “The team reused the original codebase from one country, customized it for the next market and added new features along the way, like biometrics, to further enhance the customer experience.”

The bank also reports that e-Teller will be implemented in Panama and Costa Rica next, and the team is also looking into possible implementation in Canada. Virginia Mantero, Director and Global Technology Product Owner for e-Teller noted that “technology innovation can happen anywhere, anytime with a collaborative team.”

Almost all the major Canadian banks are incorporating some form of digital identity verification system: TD (the country’s largest), BMO, RBC, and CIBC among them.

TD lets customers access its banking app with biometrics, not only password entry. Compatible iOS and Android devices with face or fingerprint scanning capabilities can be used.

Likewise, the BMO Financial Group has a selfie-driven remote on-boarding service for its Canadian customers which uses facial recognition to compare a person’s selfie to the image on a compatible, government-issued ID.CIBC is not only using digital identity verification technology, but it also invested in a Toronto-based company that specializes in biometric access. Using the CIBC mobile banking app (or the website), customers can select a digital verification option, choose a compatible government ID type and submit a selfie (that matches).

So, it’s not surprising that smartphone transactions have surpassed branch transactions in total number: they are abandoning passbooks and withdrawal receipts in favour of voice or biometric access.

The use of facial scans, fingerprints and other biometric marker put a whole new spin on the age-old service company mantra: KYC. Know your customer.

And perhaps creating a new name for the financial sector: the identity industry.