By Hessie Jones I was fortunate enough to attend The Science and Art of Social Business, a conference organized by the Canadian Marketing Association (CMA).  I also moderated a roundtable, entitled “Who Owns Social Media? While the answer may be obvious, especially among those of us who practice it daily, it was important to delve more deeply into the topic and ask marketers, those who’ve dabbled vs those on the other end of the spectrum who’ve operationalized social media within their respective businesses. 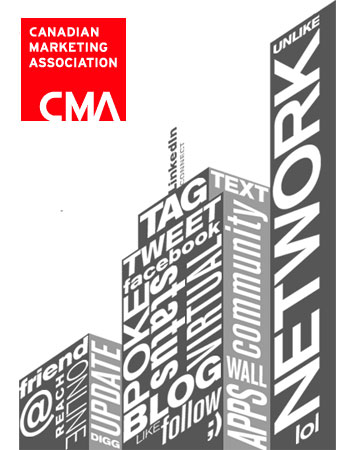 Here was the approach I chose as the foundation for the roundtable: The advent of social media has sparked  a new and ever evolving medium that does NOT carry with it the type of norms  advertisers have been used to. It’s evolution has brought about a medium  that creates a level playing field among consumers and corporations. It  leads us to question whether companies, for all money, branding and vast  media exposure have actual influence on the customer, and more importantly,  revenue. In this section we will explore themes borne out of the  Cluetrain Manifesto that seek to uncover what brands are now finding out  about what people are saying about them and how it has impacted them, and  how this changes the game.  As well, we’ll determine how social media  finally gives the consumer a voice and to what level one voice has impact on  the overall conversation. Will brands be in a perpetual defense of their  branding once they open themselves up to authenticity and transparency? Will  customers continue to control what a brand stands for in this new world or  will brands learn to adapt? More importantly, what happens to a brand that  evolves vs. one that doesn’t? Discussion from the roundtable was definitely varied and  insightful. Participants included individuals representing technology companies, ad agencies, telecommunications and marketing measurement companies.

Before Social there was Word of Mouth

Malcom Gladwell’s Tipping Point held the premise that ideas and products, messages and behaviours spread like viruses do. “The Law of the Few”, or as Gladwell states, “The success of any kind of social epidemic is heavily dependent on the involvement of people with a particular and rare set of social gifts”.  This, Gladwell states, is what economists call the “80/20 Pareto Principle, which is the idea that in any situation roughly 80 percent of the work will be done by 20 percent of the participants”.  The terms: connectors, mavens who have a certain influence will be largely be the impetus to distribute and amplify a message that has the potential to morph into trends. Before the Internet, was this the catalyst for the social phenomenon?  For the most part, participants agreed. Social is not a new concept. It is an evolution into a media that has made it more apparent. Using the example of the resurgence of Hush Puppies in 1994, marketers have taken a hard look at incidences such as this and acquiesce to the notion that their owns efforts in marketing/investment have a limited effect on a product’s performance. A slight debate ensued and some disagreed that individuals and “movements” could possibly overpower the almighty dollar and marketing will. I argued that there was no real validation to attribute sales against source of marketing efforts. One individual from Neilsen Ratings noted they have been tracking social media for many years and yet was not able to argue, to a degree of certainty, that marketing mediums/messages had full influence on revenue. While marketers can test variables, they inevitably have no control over the market effect…. what I term:  the happenings “below the fold”, undetected or unbeknownst to marketers. This is probably why there has been a certain amount of arrogance among the advertising and marketing community for years. Now, I don’t argue that the incredible amount of strategy (in media, creative and communications) don’t have astounding effect on a company’s results. What I’m arguing is that marketers must realize that many other factors (market discussions, events) will invariably play into success. There is absolutely NO way we (and that includes me) can control all these factors.

The Cluetrain Manifesto is a set of 95 these organized and put forward as a manifesto for all businesses operating within what is suggested to be a newly connected marketplace. It was published in 1999, fortuitously during the dot.bubble.  The ideas put forth aimed to examine the impact of the internet on consumers and companies/organizations.  I took a look at a few principles and opened it up for discussion:

Markets are conversations….Markets consist of human beings, not demographic sectors.

This contradicts the notion that markets are demographic sectors. Earlier in the day, Bruce Philip, Author of Consumer Republic indicated that marketers were so used to defining human beings as “target markets”. I, personally, did not flinch at this since I, too, was used to this terminology. However, social media produces a new definition: A conversation dictates what a market must be. Humans make up those conversations and what is said about a brand or category surmounts the psychographics or demographic profiles that we have come to “target”. I also add, the voice of the consumer seemed “irrelevant” to a brand or organization. For years our view, as marketers, were to somehow figure out how to get the consumer to “demand” our products or services. We discounted what they were already saying about us. Did we miss the boat when we chose to ignore their voice and fail to learn from what these conversations? ie conversations that would perhaps lend a hand to our product development efforts… or promotion tactics…. or customer service processes?

In just a few more years, the current homogenized “voice” of business – the sound of mission statements and brochures – will seem contrived and artificial as the language of the 18th century French court.

In my experience clients have found it difficult to speak peer-to-peer, through language that is conducted naturally in human voice. Individuals working in corporate environments have grown accustomed to hide behind the PR or customer support voice when addressing customer issues. The words are carefully crafted and reviewed with a fine legal lens. Companies speaking in the language of a pitch or “the dog-and-pony show” are no longer speaking to anyone. Someone remarked that organizations who assume online markets are those same markets that used to watch their TV ads are definitely fooling themselves. This leads us to the next thesis…

Companies need to realize their markets are often laughing. At them.

Participants who monitor client discussions wholeheartedly agreed on this one. The auto sectors, airline travel, telecommunications — all are wrought with endless consumer discourse: good and bad. Can companies come down from their ivory towers and talk to the people with whom they hope to create relationships? Companies choosing to listen to what markets are saying about them should take it a step further and leverage the channel to appropriately respond for the purpose of defending, defining a solution and ultimately mitigating any blows to the organization. Some participants argued, however, that some negativity was not worth responding to. Responding to trolls can further open up a can of worms. But I also argue, can it be any worse than letting the ‘haters and gossips’ control the conversation? Companies need to lighten up and take themselves less seriously.

Public Relations does not relate to the public. Companies are deeply afraid of their markets.

Finding the human voice is not an easy task….. it involves rethinking the PR role. This means that PR extends from relationship with media to relationships with consumers. It means understanding the impact of a single consumer voice and choosing to listen and respond. But it is also the right step in moving the organization to start developing a genuine view: to value the customer, adopt a little humility and commit to dealing with customer issues from the standpoint of integrity.

Brands are already changing and they are learning to listen. However, some have dipped their toe in social media assuming that campaigns on Facebook and Twitter are evidence of their listening efforts. Not even close! Conversation is continuous and it doesn’t shut down Friday at 5:00 p.m. when everyone goes home for the weekend! It requires genuine commitment and effort. I don’t think brands will ever be able to ever control the market but their efforts to understand and relate to customers will definitely influence markets and ultimately impact the bottom line.