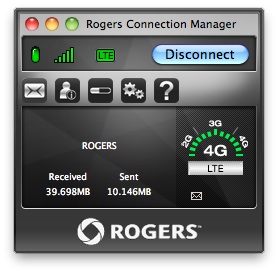 Now that Rogers LTE network has spread from Ottawa to Toronto, Montreal and Vancouver, just how fast does it actually go?

Before getting into the speeds and feeds, it’s important to note that the network has a pretty limited reach. It’s not just that it’s only in four cities so far, it’s also that the metropolitan areas in those cities can’t connect to it yet. In Toronto, for example, the 905 areas aren’t hooked in, while in Montreal, Laval and Longueil aren’t there yet, either.

Rogers has a map that illustrates exactly where the coverage is, and where it’s expected to spread in the near term. By the end of 2012, the top 25 markets in Canada — and presumably — their metro areas will have access to the network.

So what can they expect?

After using an LTE Rocket Stick, there is little to doubt the network’s speed. Regardless of whether I was at home, in a car or at a coffee shop somewhere, the speed was relatively consistent across the board. This usually amounted to between 33-35Mbps download speed, and just under 7Mbps for uploads.

Those numbers are a pretty accurate reflection of what Rogers suggested would be the norm, which was between 12-25Mbps for downloads. I use the word ‘accurate’ here because the network has yet to be congested with a larger number of users. Once LTE hits some sort of critical mass, the speeds could lower to the levels Rogers proposed.

When hitting areas that aren’t LTE-ready yet, the connection seamlessly drops down to 3G HSPA, so you don’t lose access. It can even go down to EDGE, if necessary. 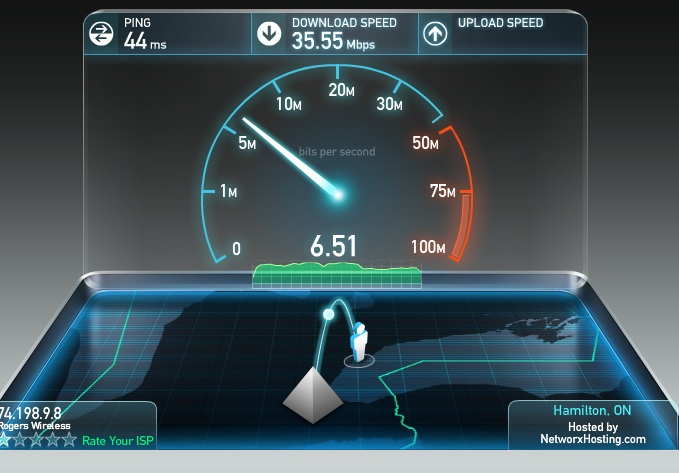 The key here is that your browsing and downloading experience are really no different than what you might expect from your home Internet connection. In fact, they might even be a bit faster in some cases.

Compared to the 3G HSPA speeds we’ve known over the last few years on mobile devices, it’s a significant step forward. Upload speeds, in particular, usually never go above 1.5 or 2Mbps, and typically fall under 1Mbps in peak times. Download speeds top up at just under 10Mbps.

This kind of speed boost applies to any number of scenarios. Watching live TV from a Slingbox should be even better. Downloading a song should take seconds. Uploading photos should be quick. Streaming video in HD should also be easily done.

While all that is great, the data plans Rogers offers for LTE are outrageously expensive. Granted, these are plans specific to the Rocket Stick, but $47.93 for 2GB of data isn’t exactly enticing, especially considering the bandwidth pipe is fatter. Why even bother streaming anything in HD when it could eat up the entire plan?

This may partly explain why the Flex Plan applies here. Once you go over your limit, you’re immediately bumped up to the next tier. But even those are ridiculously priced. The current promotion offers 10GB for $52.43, which isn’t a great deal, either, but is much better value when compared to the other base plans. The caveat is that you need to sign up for a three-year contract.

Rogers will also be launching the first LTE-ready tablet, HTC’s Jetstream, tomorrow, but haven’t revealed whether the data plans will be the same or different. Rogers had previously announced that smartphone and tablet plans would differ from those for the Rocket Stick.

As for the Rocket Stick itself, we tested the Sierra Wireless AirCard 313U, which seems a bit big at first, but has been nicely designed so as not to get in the way. The main base is elevated, creating enough room for access to USB ports beside it, and you can even stick a 32GB microSD memory card inside so that it doubles as a thumb drive.

The true test for LTE will come once smartphones and tablets really start running on it. Everything that consumers are doing on their phones through data will be that much faster, and that should make media consumption and cloud-based services a lot more interesting.