Google is going through a journey. 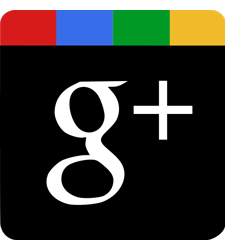 Google’s launch of ‘Search Plus Your World’ indicates how Google Plus content will show up in organic search results. This CNET article indicates “We believe that our improvements to search will benefit consumers by better surfacing social content, and the great thing about the openness of the Internet is that if users don’t like our service they can easily switch to another site.”

There are two implications here:

Google’s algorithm has always been dubbed as the “black box”. The company alone controls this algorithm. It has made changes to the algorithm many times citing “increased relevancy” as the core objective.  Remember the recent “Panda Update” that cause many websites to lose significant search traffic? Google claimed, “Panda…. would downgrade so-called “content farms” of copied or useless content.” This change alone had enormous implications to revenues from many websites and brought many to question whether Google’s change was essentially an abuse of power.

In the end the consumer loses out. Consider this: Facebook does not allow Google to have full access to its content. Twitter also stopped allowing Google to index its content. With the two largest networks’ content being delisted on the world’s largest search engine, the implications of relevancy are now even more significant. Google came under fire from Twitter recently when Twitter issued a statement saying,  “We’re concerned that as a result of Google’s changes, finding this information will be much harder for everyone. We think that’s bad for people, publishers, news organizations and Twitter users.’

Google knows that in order for it to realize web dominance it has to win in the social web. The investment in Google Plus as its baby to take them there is being hastened by Google switching its search rank algorithm.

As everyone in Google’s world should have heard by now, Google is changing its privacy policy, and unifying it across its wide range of services. 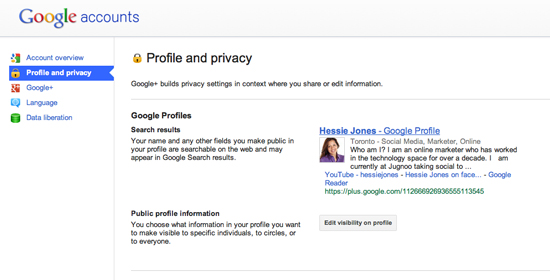 Google, has seemingly, learned from Facebook's privacy-related problems, and given users full control over what they publish.

Facebook  has had its own issues with FTC and Privacy Disclosure. Google, seemingly, learned from that and ensured that users had full control of elements of their profile and content they were publishing. In fact, within the G+ Profile and Privacy, the disclosure is very clear. But this new change has stronger implications on personal information and data.

Danny Sullivan of Search Engine Land made this statement, “[A]lthough the data from a user’s Google+ contacts is not displayed publicly, Google’s changes make the personal data of users more accessible. Users might, for example, ‘com[e] across an unexpected photo or post from a friend, [and] might reshare it to the world’ or ‘[t]hings that people may have forgotten sharing with others will begin to show up serendipitously through ordinary Google searches.'”

What are your thoughts? Are both consumers and business being handcuffed by these new Google changes? Should increased regulation inhibit Google from making arbitrary changes?