#PCTO2012 Podcamp Toronto took place February 25-26 and this year it presented some leading topics: Gamification: from hype to hope in the online experience, Track, Measure, and Reward Social Shares, Pinterest: Understanding why pinboards are all the rage, The User Experience, to name a few! 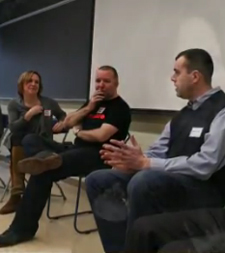 I moderated in one session that seemed to draw considerable interest: The Bout to Knock the Other Out: Search vs. Social.

Here’s the premise: It’s a knock-down drag-out fight between Search and Social these days—yes, the Internet’s channeling the Wild West and we’re coming down to the final frontier. Search and social are locked in a fierce dual for exposure, traffic and, ultimately, revenue. Who will win? Can the two co-exist peacefully or can there only be one victor? Most importantly, where should you invest your time if you truly want to stand out?

Search and Social. Two peas in a pod. This session explored the journey of both mediums in the last 10 years – how well they played in the sandbox with each other — and most recently the events that seem to dispute this. We assembled local experts in Search and Social, who had pretty strong opinions in this subject matter: David Jones, VP Social Strategy, Proximity WW; Laurie Dillon-Schalk, Director of Digital Strategy, JWT; Danny Brown, Director Social Media and Retention, Jugnoo; Jeff Lancaster, Managing Director, Outrider Canada; and Matt Sallis, Account Director, Outrider Canada. Here’s a video about the Search vs. Social session  from Jugnoo Video.

Our discussions explored the early days of search, when Word of Mouth was still an offline medium. A typical search medium was a directory. In those days (circa early 1990’s) it was Overture that dominated, not Google. Yahoo!’s purchase of Overture in 2003 was a clear indication of how competitive the market was becoming. Unfortunately for the latter, this acquisition would prove to be a bust. Google’s domination quickly became apparent and Bing and Yahoo! sadly watched from the sidelines.

Then came social media where people were essentially congregating away from corporate sites (including portals) and especially away from advertising. We had email, then IM, then these networks where you could establish a profile and connect to friends. The Web became increasingly complex because we moved away from research to consumption to connection. Search became the authority for finding the best of the Web, social became the hangout space. Relevance became the word of the day as the beginnings of social content became integrated into the search algorithm. The partnership between the two became apparent.

When Ratings and Review sites emerged suddenly users had places to go to help them in their decision-making process. Danny Brown declared that peer recommendations help make their decisions easier because there is an inherent trust already there. Jeff Lancaster was quick to point out, however that where the user is in the purchase decision funnel determines the extent to which he/she goes to their networks or to search. Once the user is further down the funnel, the higher the likelihood they will use search or so Jeff explains, “Either that, or I need to get a better network:)”.

Where Search and Social coexist, Laurie Dillon-Schalk provided us with a strong comparison of online search behaviour and social discussion about “Black Friday“. It was clear that “Search” behaviour veered towards the interrogative: “What is Black Friday?”, “When is Black Friday?” while “Social” discussion centred on deal sharing. Laurie emphasized the importance of forums, which are underrated social spaces that don’t entirely get indexed by search but represent strong niche influences in purchase behaviour. Strong players like Redflagdeals represent feeder sites for the rest of the deal sites. 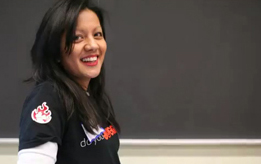 A more interesting discussion ensued with the question: If Social is favoured in search results, then why did the two biggest social networks, Facebook and Twitter, not get indexed by Google? Does relevance get thrown out the door and does the user lose out? Throw in another wrench: by Google forcing G+ in search results [Search Plus your world] it is favouring its own property regardless of relevance. Even the Search guys argued this act would question the integrity of Google’s algorithm. As I write this, I am reading, “Disruptions: Growing Too Big for a Conscience”, an article about Google…. “and although it still sees itself as a company doing good, its latest actions raise the question: Is Google too big not to be evil?”

Since Google runs the search algorithm, and ‘search’ is essentially become mainstay, they arbitrarily make the decision to change the “black box code” without having to inform anybody. If the Panda update was any indication of how many legitimate businesses lost traffic as a result, then can it be argued that search needs some form of regulation because it is considered a “basic” service? Danny Brown argued that if users are to go to Google as a trusted source, then it has to be accountable for displaying results that are relevant, positive, and legitimate. David Jones argued that Google is a company, accountable to its shareholders. Regulating the giant may cause more harm than good, and potentially stifle the growth of the search economy.

On the other side of the coin, if Facebook and Twitter are pulling away from Google, do they feel they can operate autonomously? Twitter Search is known only to the engaged Twitter community. Users claim it is their source for breaking news. Search is not as quick to provide this information when it is critical. If Facebook can make it work, as David Jones points out, it will help pave the way for social. But given the fragmentation of the existing social networks, only search can provide the holistic view of information that the user seeks today.

Time will tell. All experts agree – while each has its own strength in certain circumstances, search and social work best together.