Following a major public outcry and a whack of online protests against its announced plans, the Canadian government now says it is willing to revise and amend Bill C-30. 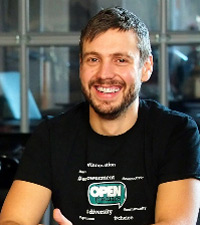 OpenMedia's Steve Anderson worries that online legislation could return without the necessary changes.

The bill, also known as “online spying” or “lawful access” legislation, is formally titled ‘The Protecting Children from Internet Predators Act (C-30)’ – now, that name alone may have been enough to anger some law-abiding ‘Netizens, who, far from acting like predators are in fact worried about how others could be caught up in unnecessary and inappropriate legal harassment.

Section 17 of the bill says some “exceptional circumstances” will allow “any police officer” to request an Internet Service Provider (ISP) to turn over customer information without a warrant.

Now, the government has not committed itself to any specific changes, but the bill is unlikely to move at all in the next few weeks.

Critics point out that the type of legislation first proposed would enable warrantless surveillance that is invasive, excessive and costly.

So several public interest organizations, civil liberties groups, businesses, as well as concerned academics and privacy advocates, have long been encouraging the government to reconsider its legislation.

At the very least, the law if enacted as written could force ISPs large and small to collect information on customers just in case – by installing expensive equipment, including both hardware and software, and maintaining it.

The potential financial costs of implementing the legislation – and the lack of clarity over who would pay that bill, and how – are seen as another good reason the bill came to an early end.

It’s going to cost at least $80 million to implement the government’s lawful access bill to force internet and telecommunications service providers to collect customer information in case police need it for an investigation, CBC News reported. 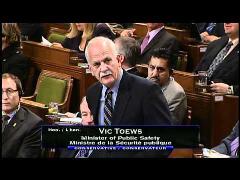 That’s $20 million a year for the first four years and $6.7 million a year after that, Public Safety Canada and its Minister, the Hon. Vic Toews, told the CBC.

But it wasn’t clear if those are the only costs associated with the legislation. Some reports indicate money is already being spent on lobbying efforts for the bill.

But even while the bill is delayed, critics are still suspicious, and some feel the government’s move may just be an attempt to quell the widespread public outcry.

“Delaying the legislation is likely to continue to draw the ire of Canadians,” says OpenMedia.ca Executive Director Steve Anderson. “While this is a welcome development, it will likely be seen as a hollow gesture until the government meaningfully addresses Canadians’ well-articulated concerns.”

Open Media was one of the groups leading the charge against the bill, with its information campaign and an online petition that eventually garnered more than 114,000 signatures! The petition is still online.

“Canadians have been clear for months now that the government needs, at minimum, to pull the warrantless access part of the legislation,” Anderson continues. “To satisfy us, the government must commit to this, and to only add new powers that have been proven necessary, not just what the police lobby asks for.” 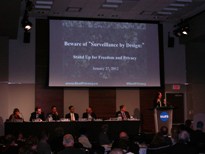 Also online, a similar information portal with another petition, also aimed at stopping the online surveillance legislation as originally conceived

More than 5,000 visitors have checked in to the site operated by the Ontario Information Privacy Commissioner, Dr Ann Cavoukian, and her team.

They developed an online app so that visitors could ‘Write My MP’ with their concerns over the legislation; over 1,300 people used the tool so far.

Dr. Cavoukian has been one of the most vocal public servants to criticize the bill, but she is not alone – her peers from other provincial and national privacy offices echo the concerns she expressed during a day long session held about the bill, staged before it was tabled and then subsequently withdrawn for amendment.

“I consider this to be such a serious issue that I organized a public symposium and launched a new website to broaden awareness and educate Canadians, in an effort to improve the legislation before it is re-introduced,” Dr. Cavoukian said.