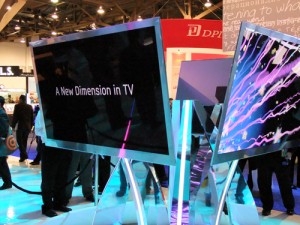 Strolling along the floor of the a good portion of the Convention Center in Las Vegas, I couldn’t help but feel mauled by all the 3D content jumping out at me. Without question, 3D was the story of this year’s CES, with Internet-connected TV adding an intriguing element to what is meant to be a home’s entertainment centrepiece.

But there are a lot of questions about what all this means, how it will be implemented and whether or not it’s even worth delving into. Within the space of 10 years, TV technology has evolved considerably faster than it did in the 30 years before. Everything from aspect ratios, resolution, audio fidelity, interactivity, control and accessories have changed dramatically, making it a tough — and ultimately, costly — transition from big clunky CRTs displaying standard-definition 4:3 images in 480i, to bigger flat-panel LCDs and plasmas displaying high-definition 16:9 images in 1080p.

The emergence of 3D in 2010 throws a bit of a wrench into what HD converts had in mind. If you were among those who bought a nice flat-panel in the past few months, you may not have received the news about 3D all that well, especially since those sets are expected to launch in the spring with a premium of about $300-$400 more.

Transitioning from HD to HD in 3D will require a certain level of upheaval. For starters, your existing TV won’t be able to display content in 3D, and if it manages to do anything outside of 2D, it will pale in comparison to what was shown at CES. One of the reasons why this is the case is because 3D will only work on the new HDMI 1.4 standard. Since we’re on 1.3 right now, that means you will need a new TV, Blu-ray player and cable or satellite box to actually play something in true 3D.

3D TVs will naturally come with at least one pair of glasses to watch content, but additional pairs could run you $100 apiece. I’m also not clear on whether glasses will have different specs based on the manufacturer. For example, if I have a Sony TV, but my buddy has a Panasonic model, and I go over to watch a sporting event, will my Sony glasses work with his Panasonic TV? My guess is that there will be some standardization here to make the transition easier, but even so, Super Bowl parties may not be the same if 3D glasses are a prerequisite for watching the action. 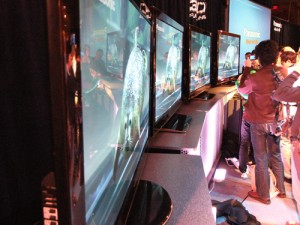 Then comes the content itself. Sports, movies and documentaries will definitely look great in 3D, but will the average sitcom or drama really look all that compelling? Somehow, I don’t see how an episode of Californication or Flashpoint will really be that much better in 3D. The content has to be shot in 3D to begin with, a transition that’s already underway with film and sports, but perhaps not a priority for all the other programming out there. ESPN and Discovery announced that 3D-only channels are in the works, which is great, but will we get access to those in Canada? Don’t bet on it, at least not from the outset.

For the moment, the 3D movement is a niche one. It will take time and money for everyone to jump onboard, despite how soon manufacturers are bringing 3D TVs to market.

Where I am more skeptical is in the Internet-connectivity side of the TV story from CES. Samsung Apps is an intriguing idea. Have an app store accessible on the TV, and be able to download applications for any Samsung device that can use them. Personally, I’m thinking it might have been better for a non-TV manufacturer to come up with this idea, but Apple either hasn’t thought of it, Google isn’t interested or Microsoft too withdrawn from considering it. 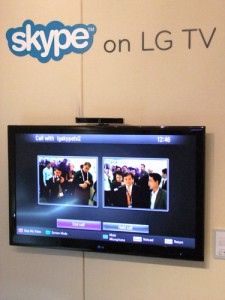 Content partnerships and exclusive deals were being announced by various TV manufacturers. Skype will be on LG and Panasonic TVs, but not the others. YouTube will be on some TVs, but not others. Some of the deals are for U.S. only, leaving Canada out in the cold — again. Wi-Fi-enabled TVs are supposed to open up the world of the Internet to the TV, but frankly, it looks like plenty of roadblocks are being set up along the way.

The deals being struck indicated to me that the TV makers have this all wrong. A killer product that no one seems to have thought of is a hybrid Blu-ray and media player that would fuse the best of Blu-ray with the openness of a media player like Western Digital’s WDTV Live, Seagate’s FreeAgent Theater+ and Asus’s O!Play. Those devices allow you to directly view content saved on external hard drives, or they can be hooked up to the home network and pull content from network-attached storage drives, along with PCs and Macs. None of this type of functionality was displayed or even discussed at CES, ostensibly because the TV makers have their hands in the pies that create the content to begin with. 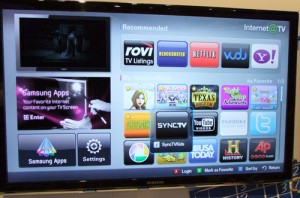 The fact is, it’s already too easy to connect a PC or Mac to a TV. Most PC laptops, even at the lower-end have HDMI outputs for a simple connection, while newer products that do the job wirelessly are also out. Why would someone care if there’s a YouTube widget on their TV when they can simply browse the site and watch what they want projected on the big screen? Why would you rent a movie you already have when you can simply watch it using a media player connected to both your TV and your home network? Video game consoles are also media extenders, and with free or inexpensive software, you can stream from your PC or Mac to your TV using the console as the bridge.

A Mac Mini or a secondary PC can even be connected to a TV and act as a home theatre device. There’s plenty of ingenuity out there when it comes to marrying the computer and the TV, but it’s just too bad that what the TV manufacturers are currently offering falls a bit short on that. Hopefully Samsung Apps will be an interesting foray into what’s possible when applications mesh with the big screen because just about everything else being offered just doesn’t resonate the same way.

One awesome CES gadget you didn’t hear about