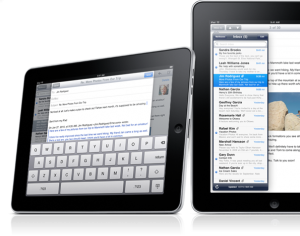 Within the next couple of days, you won’t be able to avoid hearing about Apple’s highly anticipated new device which is set to be unveiled tomorrow.

Possibly an even bigger deal than the iPhone, the Pad  is a product that’s been on the radar for over a decade and has now piqued the interest of the public because it could be Apple’s most revolutionary product to date, or its biggest flop.

The tablet form-factor in computing may pre-date even the notebook. Blame it on Star Trek but the idea of a slate-like computer has been around since the 70’s. We’ve seen them come and go, from the convertible TabletPC’s that Microsoft backed in 2001 to the latest UMPC (Ultra Mobile PCs) that amazed us with their size and disgusted us with their high cost and poor usability and battery life. With the advent of eReaders everywhere, app stores galore and video and TV available on demand – today’s tablet will need to wear many hats to succeed. 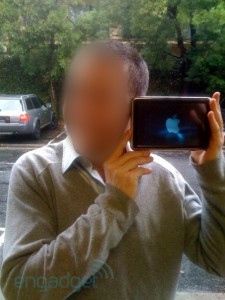 We’re seeing so many supposed leaks of the Apple tablet which look to be fake. Photo via www.engadget.com

Apple’s iPhone and to a lesser extent, its iPod Touch are more than media devices, they are tiny computers, what is more important is that they are connected computers which means their advantage is that they can access the Internet almost instantaneously to get data that they don’t have. They already deliver music, TV, video, movies, eBooks, e-mail, web surfing and GPS and location features but are hobbled by expensive data plans and their small screens.

If Apple can successfully scale up the iPhone/iPod experience to an somewhat affordable (sub $700) device that can also deliver rich media such as ebooks, magazine subscriptions and maybe even gaming then we will have a serious game changing device that will certainly trump all therecently revealed eReaders and slates. 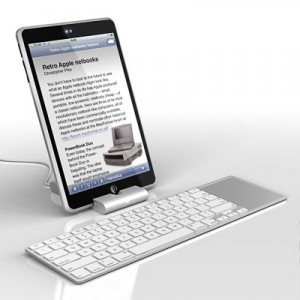 Could Apple really be aiming at the eReader market with its device?

Keeping the price low will ensure that the iPad will be quickly and widely adapted, which needs to happen before droves of me-too slates come to market. During the recently concluded CES, competing manufacturers were already preempting the iPad by announcing their own SlatePCs. If and when Apple releases its slate, you can bet there will be a deluge of dinky devices promising the same functionality for less but falling short.

Integrating the iPad with a myriad of possible uses is also key in the product’s success. We don’t have slates today, we don’t need them. Apple has to create that need and make us get in line for these, something that they’re very good at. This device has to bundle real world use (replacing netbooks) with great features that will appeal to a wide range of users.

Wouldn’t it be tragic if Apple announces something completely different on January 27th? While that could happen, it seems unlikely. Aside from the tech blogosphere being whipped into such a frenzy that everyone is convinced the iSlate exists, there are some compelling arguments that it does.

1) Apple shoots down Valleywag’s $100,000 bounty for news and hands-on time with “the Tablet“.- The Valleywag publication offered money to anyone who could provide ample proof of the product’s existence and Apple promptly sent a cease and desist letter which could mean that the iSlate does exist or maybe Apple is just exercising due diligence.

2) Apple is buying up all the 10-inch touch screens it can find- Seems like Apple has cornered the market of 10-inch LCD screens and 10-inch LED screens and has made these items very scarce for other manufacturers wanting to create similar devices. The same thing happened when Apple bought all the solid state memory Samsung had to offer to put into the gazillions of iPhone and iPods that were sold.

3) Content deals are gettin’ done – New York Times, Conde Nast, News Corp, Macgraw Hill have all been rumoured to be in talks with Apple to get their content on the iSlate. Aside from the readin’ material, there’s a lot of viewin’ material as well. Apple has ties with Disney so that’s a given but there is also the chance that other media companies and TV networks will want in on the action.

4) Apple’s hiring – Right before the launch of the iPhone 3G, Apple hired additional staff to help man the long lines and get sales and support in gear. We have it on very good authority that Apple’s hiring again, big time. They’re mostly seeking  Specialists, which are the foot soldiers of the Apple retail front which is what they will need for the coming onslaught of customers.

5) Apple tablet data allegedly starts showing up on server log files- Web analytics firm Flurry has allegedly detected 50 tablet-type devices from Cupertino showing up on its log files. Running an as-of-yet- unreleased version of the iPhone OS (3.2), Flurry says the devices downloaded games, entertainment and media apps. Flurry said these devices were not iPhones but declined to elaborate on specifics.

When all is said and done, this  could really turn out to be the story of the year, whatever happens.