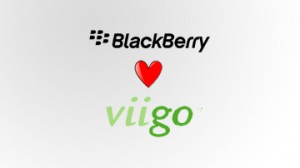 BlackBerry acquires Viigo, the most downloaded third-party application on its smartphones.

The popular RSS reader application Viigo, which also happens to be the most downloaded third-party BlackBerry app, has been acquired by BlackBerry maker Research In Motion (RIM). While the price paid by the Waterloo-based smartphone giant is being kept under wraps, this is a significant move into the applications market by RIM. Viigo, which is headquartered in Toronto with around 25 to 50 employees, revolutionized the way content was delivered to BlackBerry users. As a company that predates the mobile application frenzy since the launch of the iPhone, Viigo had long established itself with content publishers and mobile advertisers. This level of experience and maturity within the market puts the Viigo application and the team behind it, in a league of its own. Market experience that would be priceless to RIM and its army of engineering planning to out do new and trendy market players such as Google’s Android OS and the Apple iPhone.

Jay Steel, Founder and Chief Technology Officer at Viigo, has always had a long history with Research in Motion, having sold his previous start-up Plazmic Inc. to the company. Today the technology acquired from Plazmic powers the multitude of themes and customizations available for users of BlackBerry devices.

The BlackBerry applications business is significantly behind Google and Apple both in terms of raw numbers and momentum, despite having a big head start. This particular acquisition of a high-profile BlackBerry brand could be the first of many such moves to artificially introduce quality applications and rich user experiences through RIM’s own engineers. 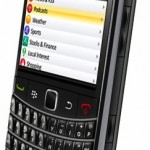 RIM has historically preferred to keep core user-experiences on BlackBerry devices to be as close to home as possible. When it comes to user familiarity, Viigo is up there with the likes of BlackBerry Messenger (BBM), the exclusive instant messaging service built into all BlackBerry devices. It’s therefore quite likely that the Viigo acquisition was also a strategic move to stop the potential development of a Viigo application for the Apple iPhone. The emerging trend of mobile applications being launched across multiple platforms threatens to erode the first mover advantage held by traditional players such as RIM, Microsoft and Palm.

Would acquiring strategic applications and retaining them exclusively for your platform be a viable solution moving forward? Probably not. Sure Microsoft sold a ton of XBox 360’s with the exclusivity of the record-breaking Halo franchise, and the Playstation 3 attempted to do the same less successfully with the Metal Gear Solid. However, at the end of the day, the reason XBox 360 leads the console race today is simply because it offers the largest collection of titles from the competition. All the evidence points to a similar trend when it comes to smartphones.

Consumers love their applications, and when it’s time to upgrade their phone, gravitating towards the device that offers the most applications is just natural. RIM needs to keep a safe distance away from the applications business and instead establish relationships with premier mobile developers. When the BlackBerry platform becomes more developer friendly and starts attracting the raw talent out there currently being hogged by Apple, now that’s when RIM enters the mobile applications race.

Google Nexus One is powerful and versatile

LinkedIn opens shop in Canada to support large user base