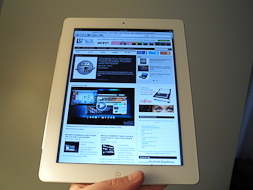 Coming to Canada this March 25th, Apple’s iPad 2 improves on a number of features that made the original iPad a runaway success to the tune of 15,000,000 units sold in eight months.

Thinner, lighter and substantially faster than the model it replaces, the iPad 2 also sports rear and front-facing FaceTime cameras plus a magnetic cover that’s half the story of this year’s Apple tablet.

Storage capacity remains unchanged at 16B and 64GB  and you can get a WiFi or a WiFi + 3G variant depending on what you need, giving the iPad 18 different models to choose from and two colours, black or white.

Telus and Rogers have confirmed that they will offer the iPad 2 with 3G data plans starting at around $15/month with Rogers (for 250MB of data) or $20/month for 500MB of data for both Telus and Rogers. As with the previous model, a MicroSIM card is required to enable data on the Wi-Fi + 3G variant.

The iPad will be available in Canadian Apple Stores on March 25th, starting at 5 PM so we expect long lines. Best Buy and Future Shop as well as mobile carriers like Rogers, Telus and Bell will likely have a few in stock and those who don’t mind waiting can always hit up the Apple Online Store.

In terms of design, Apple maintained the iPad’s 9.7″ inch screen and chipped away at everything else. The thick aluminum edge surrounding the original iPad has been reduced significantly to a sliver of the space and thickness of the previous model. Squarish and sharp edges have given way to sensuous curves and streamlined construction and as a result, the iPad 2 is also a bit easier to handle. 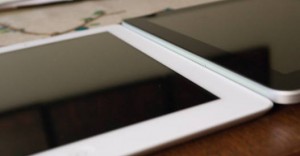 iPad 2 is 33 per cent thinner than last year's iPad

One entire surface of the iPad has, as a result, been eliminated. You now have the flat screen and the tapered aluminum back.

The iPad 2 cameras  (720p rear camera, VGA 640 X 480 camera in the front) will do fine for FaceTime video calls and possibly Skype and should work admirably for shooting video but will fall short in quality for taking good still photos in anything but the brightest lighting conditions.

The PhotoBooth app, which allows you to take quick snapshots and alters your face with many different effects, is a great demo for what these cameras can do.

One thing we noticed about the iPad 2 is that the mono speaker, which is  now found on the bottom rear of the device, seems a bit weaker and sounds less “full” than the original iPad.

The glass touchscreen has also been reduced  and is 27 per cent thinner than the previous model which might result in this new version being more delicate.

The Smart Covers are the accessory that are intrinsically connected to the iPad 2. Cover and tablet were designed ad developed concurrently and the result are  articulating magnetic covers that work really, really well. This magnetic cover, self adjusts to the iPad’s side and covers either the screen or the rear case as needed.

Apple has designed a product that doesn’t just protect the iPad 2’s front screen (and shiny aluminum rear, when flipped on its side) but also functions as a magnetic on/off switch, a screen cleaner, a vertical and horizontal stand and can prop-up the iPad 2 at the perfect angle for typing.

Here’s the kicker, iPad 2 and the Smart Cover are still visibly thinner than a naked first generation iPad. 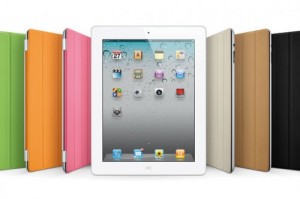 Side by side comparison of iPad’s 1 and 2 showed that the iPad 2 was noticeably faster in loading webpages and opening applications. The difference, while visible, isn’t all that spectacular for basic applications.

The newer iPad will load a heavy webpage (BBC.co.uk, NBA.com) one to two seconds faster than the previous version on the same Wi-Fi network.

For surfing the web, working on documents, email and light casual gaming, the performance difference between old and new iPad’s is slight and maybe this is because applications aren’t yet dual core ready and can’t exploit the new architecture. Your Angry Birds, for example, aren’t going to catapult any faster with the iPad 2.

When you load more processor and graphic intesive applications or games, however, the impressive power of that dual core A5 processor, 521MB of RAM and the multicore PowerVR SGX43 GPU quickly comes into play. 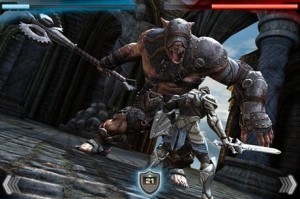 We tested the sword- fighting fantasy game Infinity Blade as well as the relentless mutant-shooter Rage HD and we were stunned by the seamless game playback and console-like framerate and quality.

These games on the iPad 2 were simply riveting to play, even loading times were significantly faster. Infinity Blade, in particular,  was just impressive overall, from the cut-scenes to the in-game fighting action was fluid and artifact free.

Apple’s awesome GarageBand music creation app, which puts a variety of instruments in user’s hands, pauses and sputters on the original iPad giving one the impression that it is “thinking” as processes complete. We experienced none of this stalling on the iPad 2 which crunched GarageBand’s processes between twice to three times faster.

The quality and power of the graphics of the iPad 2 clearly leapfrogs what exists in today’s portable gaming devices like the PSP and the Nintendo DSi. Speaking of games, the iPad 2 now has a gyroscope that can assist in motion gaming and applications.

Battery life remains stellar at 10.5 hours (with WiFi and the brightness turned down halfway), like the previous iPad, this is really an all day device.

The iPad 2, with improved processor and memory as well as reduced thickness and weight, is enough tablet to keep Apple at the forefront of the very segment it created an defined nearly a year ago.

Owners of the original iPad won’t see a vast difference in performance or handling but new tablet buyers are getting an impressive and robust product has been improved in all key areas and that won’t disappoint. Most of the iPad 2’s specs, except maybe the screen resolution and the camera quality, meet or surpass anything that competitors have announced to date.

The iPad 2 is an impressive update to an already well-received product. The svelte new design, lower weight and spec upgrades make it an excellent choice for people looking to buy their first tablet computer.

The iPad 2 improves on almost every aspect of the original iPad while trimming down size and weight plus maintaining long battery life and the price points that people are comfortable with. The product that defined an entire tablet industry segment just raised the bar even higher and will be a tough act to follow.

Changing Your Canadian Phone Or Cable Provider Just Got Easier