Recent news about Facebook’s alleged smear campaign against Google has brought to question the real impact of disclosure on user data.  The world was watching last spring when strong influencers like Leo Lapporte quit Facebook in light of  discovering Facebook’s  lack of concern for users’ personal information, causing a strong movement to bail Facebook en masse. 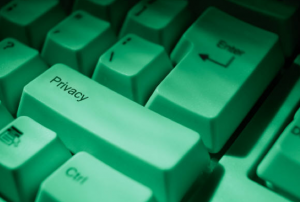 Do you want to give your photos to Facebook?

With Facebook’s hand slapped, the media giant made a recent attempt to surreptitiously point media fingers at its arch rival, Google, and its collection of user information from Facebook and other platforms in Social Circles. This attempt backfired and Facebook scrambled to put together a reasonable response to their actions.

This has really called to question the impact on their users, who continuously feed their personal information into priceless databases.  The footprint left behind with every wall post, message, chat or picture upload provides an incredibly rich profile of each user,  serves as data for advertisers in the form of preference and propensities to products/services. Advertisers use this data to determine user relevance.

Lee Rickwood recently wrote an article, “Better Mobile, Online Privacy Means Redesign the Manuals” and he’s summed it up nicely in this way,

“We’re sharing stuff about ourselves and our friends and families on social networking sites and giving it away for free.

But ‘we’ are much more valuable than that. You can tell that in the way ‘they’ seek to develop a comprehensive portrait of each of us, and the way they are repackaging our data in interesting, engaging, informative and profit-making ways.”

A friend of mine, Steven L. Taylor, made me aware of a group on Facebook: Facebook owns your Photos. This brought to light the very issue that Lee Rickwood explained: “It’s all about trust,” Cavoukian explained. “You have to engender consumer confidence. Be transparent; give your customers notice and be sensitive to the phrasing and the context.” Instead, Facebook discloses this information in their Statement of Rights And Responsibilities, hidden in a long document of legal jargon, incomprehensible to the common user. I had to read this a few times to really understand what it meant to me. At the outset, I smiled when I read, ” You own all of the content and information you post on Facebook…“.  However, within the same paragraph, this statement is contradicted, “When you publish content or information using the “everyone” setting, it means that you are allowing everyone, including people off of Facebook, to access and use that information, and to associate it with you (i.e., your name and profile picture).”

Not surprisingly, user settings are, for the most part, defaulted to “everyone”. Unless a user specifically reads the Facebook terms they may not necessarily realize that Facebook has the right to use, not only their photos, but any information that is shared with “everyone”.

Both Facebook and Google make billions of dollars in advertising, and the key to this is the user data. So it stands to reason that proper disclosure to the user  is not their best interest.  Facebook’s appeal to advertisers is its exclusive access to real-time personal information. And it’s this information that Google can use to leverage for its own network for advertisers, without having to build its own social network. That is Facebook’s worry.

Facebook has been called the potential Google killer. With over half a billion users worldwide, the key for this coming to fruition relies on users changing behaviour ie searching for information via friends and family as opposed to using search. I don’t necessarily think the common user will exclusively exchange one behaviour for another. But Google has been desperate to have a stronger social presence, recently launching its PLUS 1 product. The headline read, “ Google Aims to Suck Less at Social Media with Plus One” with employees being told their compensation for 2011 will depend on the search engine’s success with social this year.

Putting all their eggs in one basket is not Google’s MO.  So while they left unscathed in this recent privacy scandal, they are not totally innocent when it comes to user disclosure of how their personal information is used. And neither is Facebook.

As long as users are informed and  have proper disclosure: proactive notification, easy phrasing and context, then perhaps all this becomes a moot point. Or perhaps I’m oversimplying things. What do you think?

Why Linux? Reasons for switching from Windows