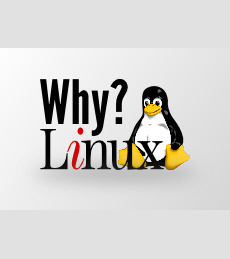 Start with Ubuntu and then search out a user group near you.

Why Linux? The user who is looking for a complete and simple desktop operating system that allows them to get work done efficiently and doesn’t get in the way—why would that person choose Linux? Why should you choose Linux?

I started using Linux because it made my job easier and because it was a fun toy. At the time, (about 8 years ago), I wouldn’t have recommended desktop Linux to any average user. In the time since, I’ve seen Linux evolve in so many different directions.

There was a time when Linux was the hardcore hacker’s operating system, but now it’s popular amongst students, home users, small businesses, artists, home office users and hackers alike. If you fit into any of those categories, Linux could be for you.

As Linux got simpler to use, communities of users grew around it. Every major urban area has a Linux Users Group (LUG), and Canada has some of the best: GTA Lug, Ottawa LUG, Montreal LUG, Vancouver LUG, Calgary LUG, Edmonton LUG. Although I recommend everyone start with Ubuntu (check out my article on trying Ubuntu under Windows), LUG communities really are a great way to find out about your options. Try Googling the LUG in your city.

Simultaneously, one of the best and worst things about Linux is choice. Because Linux is free and open source software, there are many many flavours of it. Unlike Windows, which exclusively belongs to Microsoft, or MacOS which belongs to Apple, Linux doesn’t belong to anyone (or, belongs to everyone depending how you look at it). So, many companies or communities package it according to their tastes. (As of this writing, distrowatch.com is tracking nearly 700 distributions.)

Not only does one have choice with the Linux distributions itself, but the software traditionally packaged as part of a Linux desktop (media players, office productivity, graphics, etc) often come in similar variety.

With so much confusion, why bother?

So back to the question: why use Linux? Well…

I can’t leave out the most important reason for anyone to use Linux: the more people we have using it, the better it becomes. Linux has grown so much in just the past few years, and every year it grows faster. Ubuntu really got the ball rolling, and now Google (a la Android) has made Linux mainstream as a mobile platform. It is an irrepressible part of the ever progressing technology landscape.

If you’d like to try Linux, check out my article on Linux for your desktop.