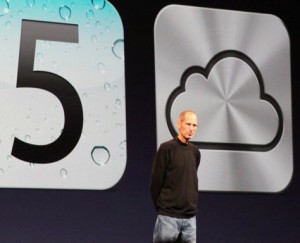 Apple CEO Steve Jobs appearing on stage during last week’s WWDC 2011 was just as important to the company and its followers as any of the announcements made. Although visibly frail, Jobs gave a spirited and heartfelt introduction to his team and showed that he was confident in the products and services that are coming in the pipeline. He gave a preview of Apple’s big picture.

Currently on medical leave, Jobs still keeps tabs on things at Apple and is know to be present during big announcements, he was at the iPad 2 launch earlier this year and WWDC is the one major event where Apple’s developers congregate, a Jobsnote was as big a draw as any new technology announcement and something that would bolster confidence in the company whose identity is very much intertwined with its CEO.

Some people were a bit put off by WWDC because they were expecting new hardware announcements. A new iPhone perhaps to mirror last year’s iPhone 4 release or  refreshed AppleTV’s or updated iPods, maybe. Well, this wasn’t about new hardware, it was about something much, much bigger. The ecosystems that support that hardware. 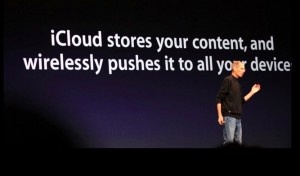 Jobs: a little frail, but full of spirit

A new iPhone at this point would have been the same-old, new model car for the year. In terms of specs and features, the iPhone 4 is still in a good place.

Apple is clearly showing off  its new cloud superhighway where all of its recent and upcoming devices  can coexist and be constantly connected. It’s a monumental and ambitious plan, which has no room for failure. A repeat of Mobile Me’s early failures and underwhelming feature set would turn a lot of people off and while consumers are generally forgiving of hardware letdowns and are known to come back, services that don’t work as advertised usually end up in trouble.

Apple has been sitting on this idea for a while and we think they’ve though everything through. .Mac, iTools and Mobile Me were just the genesis of this iCloud, placeholders for a  future that they have been planning on for a long time.

The technology has finally caught up and  now that Apple has the billions it needs to finance the endeavour, they’ve spared no expense.

Three immense server farms have been built to power and store iCloud and we’re seeing Apple evolving from a hardware and software company to a service provider right before our eyes.

Amazon and Google both aspire to dominate the content streaming aspect of cloud computing, they both played their hand earlier this year with competing services. Google (Music Beta) and Amazon (Amazon Cloud Drive) which offer limited access to streaming music from browsers and multiple devices. But media streaming is one part of the big equation. Google has the hardware and the server farms but not the content agreements. Amazon has the eBook aspect and some of the MP3 and video services but doesn’t have the devices or the critical mass. iCl0ud is also a lot more than just music, books and movies. 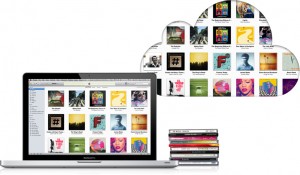 Apple wants all your  multimedia, contacts, work files, projects, communications and endless apps to be stored or at least backed up on iCloud and accessible regardless of what device you use. The race to build computers, smartphones and tablets with increasingly large  and costly storage capacities will no longer make sense since everything will be accessible from the ether through WiFi or 3G.

Once fully invested in iOS, OS X and iCloud and if everything works 100 per cent as promised, who in their right mind will want to switch to Android, to Windows 8, to webOS?

With iCloud and its  all-encompassing backup, sync and realtime messaging and access, Apple is shooting for the future by expanding the ecosystem to where it has never been before. It will be a closed ecosystem but one that could work very well and may even be just as  important as hardware and operating systems.