By Mark Orton
Father’s Day is approaching and at my house there are whispers on the phone and texting between my wife and my daughters.  Ah yes.  What to get Dad?  I don’t think it should be hard to figure out – not ties, socks or aftershave.  I always thought that left the field way open and the answer easy; anything technology. 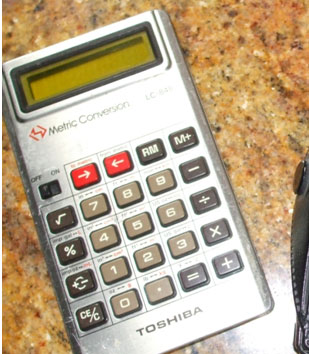 I have always considered myself a gadget enthusiast.  My wife appointed me her company’s CGG – chief gadget guy.  I loved getting her business working efficiently between pdas, laptops, Bluetooth, you name it.  I thought she needed it.  I love new products and crave the reviews on WhatsYourTech.ca.

My purchasing track record though reveals the truth.  I am a Zoomer. I’m part of the generation who has watched the technology age explode in front of our eyes.  When I was growing up, technology meant colour televisions and push button phones that came in colours other than black.  Keystrokes were on typewriters.  Printers were large cumbersome and noisy and dishwashers came in the form of brothers and sisters.  When portable cassette recorders came in, I had to have one. It was the same with calculators.  I still remember buying my first new car, a Camaro with an AM/FM radio.  Technology is by far the best thing that has happened in my lifetime. (Oops — better say my kids are the best thing that has happened in my lifetime – Father’s Day is coming).  It made things quick, timely and us look cool.  After all, a dude with long hair and plaid pants carrying a transistor radio was definitely a chick magnet.

Memories – here’s a gallery of my all-time favorite devices

VHS magic – the VCR is one of the greatest inventions ever

When portable cassette recorders came in, I had to have one.

My early  adapter days dissipated into the practical approach which comes with maturity and the reality of raising a family and putting two kids through university.  My must have attitude has morphed into “Do I buy now, do I wait for the next generation or do I stick with the technology that I bought six months ago but which is now considered out of date.” As much as I love the technology, the laptop I bought a year ago to me seems cutting edge.  To my daughters, not so much.  I watched both of them grow up watching VHS movies and DVD’s on a 25 inch conventional television and listening to music on CD’s but that is a “remember when” moment now. Plasma and LCD televisions, blu-ray players are front and center along with I pods and MP players. But of greater importance to them is their ability to download and stream.  I began downloading TV shows about eight months ago. My kids just rolled their eyes and said, “It’s about time Dad.”

Cutting edge may be in front of me now but I’m okay with that.  I watch for the latest gadgets, judge what is really new vs. what’s a marketing gimmick.  Those leading the way are helping companies make better products.  I’m happy knowing that when I get to it, the product I end up with has gone through its teething stage.  I’m happy being a Zoomer with an experienced eye on technology. I’m even happier knowing that my cell phone contract is drawing to a close and that Smartphone choices now are virtually unlimited.

I’d like my new smartphone to have a big touch screen, access to more apps and is faster at loading and streaming.  And just to stay in the moment Wi-Fi capabilities. And since they’ve been out for a while and continue to improve, throw in a tablet.  I’m ready to let the imagination run wild when it comes to these devices.

Father’s Day is coming. Am I being obvious?

View all posts by Mark Orton →