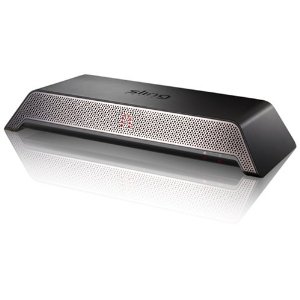 It’s not often that a gadget or gizmo can turn three years old and still be cool without having a single hardware upgrade. The Slingbox’s Pro-HD model first came out in 2008, and though it hasn’t changed at all since, it still proves to be a nice addition to anyone’s tech lineup.

The Slingbox’s claim to fame is the fact that it uses “place-shifting” to move your live TV signal from one location to a compatible device over the Internet. This was all the rage six years ago when it was being done on PC laptops, but the evolution on both the hardware and software side has seen the Slingbox grow to support HD, along with the Mac, smartphones and tablets.

And yet, with all the app support for iOS, Android, BlackBerry OS, Windows Phone 7, Symbian and even Palm, the actual Pro-HD Slingbox hasn’t changed at all since it launched. Ditto for the Slingbox SOLO, the standard-definition model. In today’s technology world, three years is a long time for one device to not go through at least one facelift. Upgrades have become annual affairs, but this device will go into 2012 with nary a mention of an upgrade.

So then, why hasn’t the Slingbox become obsolete in the face of so much competition from online content providers? The answer isn’t that simple, but a big part of it is because Canadians haven’t cut the cable or satellite cord just yet. The Slingbox relies heavily on live TV to make it relevant, so those who don’t have cable or satellite would probably find it to be useless.

Mind you, if you’re picking up HD channels over-the-air through an antenna, the Slingbox could just as easily pick those up too. But is that enough? For just over-the-air TV, probably not, but let’s consider a couple of cable and satellite scenarios.

The first involves a student who is moving away to college or university. He or she may want access to certain channels, but paying for a subscription isn’t a priority on a student budget. With a Slingbox connected back home with the parents, they can watch on their computer and not pay a dime for it. This includes anything recorded on the PVR.

The second scenario involves a business traveller who wants to follow his favourite NHL team. He has subscribed to the Centre Ice package on satellite and his team is playing that night. Sitting in the hotel room, he connects his laptop to the Internet (ideally via Ethernet, since hotel Wi-Fi generally lags), logs into his Slingbox account through Sling.com and can watch live from there. 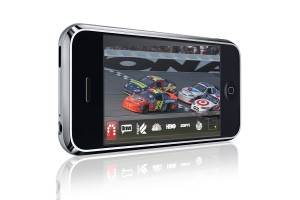 With all the apps and content provided free online, the Slingbox proves to be a workaround for a few reasons. One is if the person is travelling outside Canada. Apps and websites offering episodes for free are limited by geography, thanks to geoblocking, but the Slingbox doesn’t care what IP address you have. As long as your username and password are correct, you can watch anywhere. Second is that the Slingbox is a one-time purchase, meaning that there are no residual costs afterward. Once you buy the unit, you don’t need to pay a monthly fee or anything like that. And third, sites live CTV and Comedy Central wait until the following morning (or longer) to put a previous night’s episode online for viewing. A PVR recording of the same show can be accessed through a Slingbox just as easily as if you were sitting on the couch in front of the TV.

You can also share the connection to the Slingbox. The technology doesn’t allow two users to watch simultaneously, but there are ways around that by using splitters or special adapters (for cable only). The point is that anyone can have a Sling account and watch from your Slingbox if you allow them to.

Still, no matter how long the Slingbox has been around, it seems that what it actually does goes over the heads of many consumers. I still get questions about it from people I know.

The basics are this: The Slingbox Pro-HD connects to the cable or satellite box (or directly to a digital antenna), and the outputs connect from the Slingbox to the TV using component cables. That’s right, component cables. The Pro-HD was never designed to have an HDMI output, and this can prove to be an issue if your HDTV only has one component input, which may already be used up by another device, like the Nintento Wii.

But the most important connection is that your Slingbox needs to be connected to your router. What do you do if the router is in a different room in your home? You can use a HomePlug or Powerline adapter to route the Internet connection through the power lines in your home. Works like a charm.

Do you have a Slingbox? Have you been interested in getting one?

Is RIM Ready to Face the Music with New BBM Music Sharing Service?