Couldn’t be a much better use of new wireless technology – silent disco!

As part of a unique event at the House of Blues, busting a move on the dance floor will blessedly be a silent activity.

The dance partiers will wear wireless headphones, and music will be distributed throughout the facility using Wi-Fi and broadband mesh technology.

Sadly, the event’s at the House of Blues… in Dallas Texas! 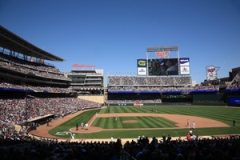 Target Field in Minneapolis is a highly wired sports facility.

But using a wireless infrastructure to deliver new products and services specifically to mobile devices used by people at large gatherings and live activities is a growing and lucrative business around the world.

Probably more at top music concerts and pro sports events than disco parties, but the opportunities are enough to get several Canadian companies interested.

They’re thinking about 20 or 30 or 40 thousand people, all together in one place with one shared interest.

It’s an instant social network, just waiting to be connected via 3G 4G LTE Wi-Fi or whatever comes next.

So sports stadia and concert venues around the world are being equipped with wireless multi-cast distribution systems, able to deliver live and interactive broadband content in situ.

Fans can download specific smartphone applications to, among other things, identify concession stands with the shortest lines; determine which parking lots have available spaces, even help parents locate lost children, if their kids are wearing special bracelets.

Picture concert-goers getting backstage imagery delivered to their smartphone and being able to buy a performer’s newest CD as soon as the first few notes are played.

(Of course, some folks are picturing even more public spaces blanketed by increased wireless activity, worried that the new spectrum uses will unleash a torrent of adverse health effects.)

Shaw Communications sure is.

The company recently dropped its plans to build a cellular wireless network, and instead will focus on creating broadband Wi-Fi platforms in specific locales.

“Canadians’ use of smart phones and tablet devices has grown exponentially over the years and more than ever, consumers are relying on Wi-Fi to explore the Internet, connect with loved ones and enjoy entertainment,” said Peter Bissonnette, President, Shaw Communications Inc. “Thanks to our collaboration with Cisco, Shaw’s Wi-Fi network will allow us to become the first service provider in Canada to deliver our secure, reliable and incredibly fast Internet in thousands of locations.”

Shaw says it will use the Cisco solution to provide highly secure coverage to its customers in targeted areas like sporting venues and transit systems where Wi-Fi access points are deployed.

With data usage expected to quadruple in the next three years, especially with the increase in smartphones and tablets, even established providers are moving to new techniques like off-loading and spectrum splitting, as well as new  ‘carrier grade’ Wi-Fi hardware to deliver enhanced video, data, and other mobile services.

Shaw also plans to get ad revenue from the service, with location-based ads that could take the form of an icon popping up on a user’s screen as he or she passes a particular store or business.

Work on the network – first in Calgary, Edmonton andVancouver – has already started, but it will be next April or May before it’s ready for use. 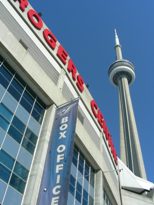 It’s similar to a process that the Rogers Centre went through a while back when it upgraded its high capacity 3G network at the ‘Lid’.

Using something called a distributed antenna system (DAS), several wireless service challenges were overcome that were unique to Rogers Centre, but also encountered in other facilities.

The nearby presence of macro tower cell sites (not counting the very macro CN Tower), meant signals in many parts of the stadium had to be boosted in order to overcome interference from outside signal sources.

The very nature of the building’s architecture and its retractable roof means the internal radio wave environment changes radically, depending on whether the dome is open or closed.

Additionally, the coverage requirements for Jays’ games with the crowd seated in the stands are much different from concerts when the crowd can increase to 55,000 and many of the fans are on the field, as well as the stands.

It uses something called a FlexWave Prism unit to boost outdoor wireless network coverage in unusual places like canyons, tunnels, campuses, stadia and other public areas. The unit works with different frequency blocks, and it can have one layer that does cellular and another that does LTE. 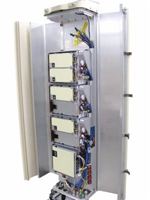 BelAir uses what’s known as outdoor metropolitan picocells, also combining LTE and 802.11n Wi-Fi, to help mobile operators offload data from their 3G infrastructure to a Wi-Fi network, and to provide additional data traffic capacity needed by dual-mode smartphones and tablets with both 3G and Wi-Fi access — with the iPhone and iPads being the leaders in this trend. 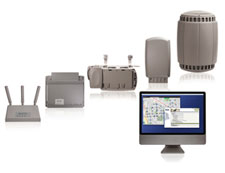 Wi-Fi and other related wireless products from BelAir Networks.

Likewise, a Calgary, AB-based company known as ENCOM is involved in outdoor broadband and mesh systems deployment, such as for aU.K.football stadium that delivers live game replays, highlights and statistics to smartphone-toting fans.

ENCOM talks about its frequency specific transmission devices that support data delivery of up to 108 Mbps.

Location and event specific wireless and mobile services will continue to grow, with speeds and capabilities being pushed by new technology and new business opportunities.
-30-