Bullies have always existed. When I was growing up, the bullying many kids experienced was relegated to our physical spaces: an inappropriate note in our desk, hurtful comments, or physical contact in the schoolyard, in the bus, at a party, or near our home. 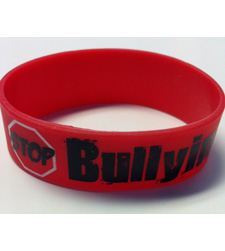 Bullying Awareness Week is a chance not to "leave it to someone else."

For many kids, the experience was mentally and physically agonizing. But the experience was confined to a few kids, and a defined time period. Hopefully, for most of us, it eventually stopped. The bully forgot about “me” and moved on to the next victim. We have all lived through it and survived it.

The week of November 14th- 18th is Bullying Awareness Week. This is an opportunity for people at the grassroots level in communities around the world to get involved in this issue, not by waiting for “Someone else” to do something, but rather for us to work together on preventing bullying in our communities through education and awareness. Please go to Bullying Awareness Week for details.

The world of bullying has changed since I was a child. The Internet has brought bullying to a new level––one with enduring repercussions:

Take the case earlier this year of the 15 year-old girl from Nova Scotia, who was tormented when someone created a fake Facebook account using her photo and “other identifying information”. The bullies tortured her about her weight, her appearance and even “used scandalous sexual commentary that was private and intimate.” The offending party was eventually found out, however through this ordeal, the 15-year-old just wanted the incident to go away and asked that her identity and content be kept from publication. It is currently before the Supreme Court of Canada.

The Huffington Post recently reported that 56% of teens and those in their early 20s have ” been the target of some type of online taunting, harassment or bullying“. This is increasing year over year. What makes this more disturbing is the increasing use of mobile devices to perpetuate the taunting: “sexting” and sharing of offensive pictures or video.

It’s clear that online and mobile communication continue to rise with this demographic. Comscore recently reported “Young people are simply spending more time social networking than anything else, up 3.8% to 14.% of all time spent online.” And that’s what makes cyberbullying all the more dangerous. Groupthink online and through mobile devices not only affects a person’s reputation, it also impacts their mental stability and eventually their life.

The other day, I heard about a teacher who created a strong analogy of bullying to her students to bring home the stigma attached to it. She noted that bullying was like taking a piece of paper and crumpling it up and then trying to flatten it out again. The crumpled lines are difficult to remove and this represents the emotional scars that remain long after the bullying has ended. They will never go away. It’s nice to know that this type of education is happening in the classroom. It begins with the kids.

My daughter asked me if she could purchase this bracelet while we were at her book fair just last week. She said all the kids were wearing it. This put a smile on my face. The message is hitting the young kids and they are speaking about it.

I also saw a few Facebook Pages that had strong following: End Cyberbullying has over 128,000 Likes. I like the message that this page offers, “Sometimes it’s really hard to tell the difference between cyberbullying and harmless fun – it can be really easy to send on stuff without thinking about how seriously it could affect someone’s life…So what do you think? Have your say in the discussions area and see how you can make a difference to cyberbullying behaviour.” The great thing: while Facebook is a haven for the perpetrators, it is equally a haven for kids to speak out in forums where their voices are heard and acknowledged.

Members of the Facebook page "No More Bullies" pledge support with images.

This Facebook Page, “No More Bullies” uses strong images to support its cause. And these are generated from all generations alike:While it only has about 1530 Likes, more than 800 have engaged in the cause:

The only way to raise awareness of cyberbullying, is to use the very mediums that have perpetuated this, and extinguish its flame. It also starts with the kids. My daughter was cyberbullied by another student, who proceeded to put up a video denouncing my daughter. It left her in shock and wondering what she did to deserve this. Thankfully, the incident was short-lived.  But maybe the broader strength of those against this plight will be enough to quell and eventually obliterate the bullies. This will be ever important as technology continues to influence communication at even faster rates.