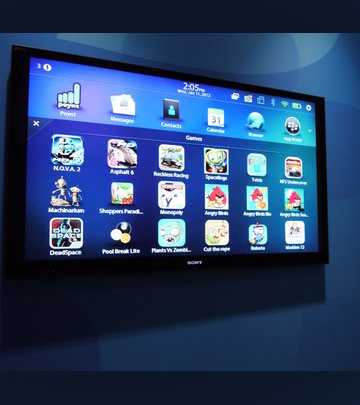 RIM's aggressively leveraging an explosion of apps in PlayBook OS 2.0

The only constant is change and how businesses adapt to this change defines how they evolve and more importantly, how they survive.

We look at five companies that despite past successes, are facing challenges getting into 2012.

With no new handsets coming until late 2012, RIM needs to work with the products that it already has in user’s hands and it is responding. Focusing on the next version of the PlayBook OS, RIM is leveraging apps as one aspect of its ecosystem that might help retain users to its tablet as well as get some buy in for BBX on smartphones.

Rumours that RIM is looking to sell to Samsung have been debunked by their media handlers but for as long as RIM is seen as struggling, talks of buyouts and sell offs will continue to plague the smartphone and tablet maker.

We spoke to RIM recently at the Computer Electronics Show (CES) 2012 as they showed us some of the new functionality that the PlayBook will be getting come February and they seem determined to make a big splash with app and feature announcements.  As for the smartphone front, the challenge will be coming out with hardware and software that can stand up to whatever models Apple, Google and its partners and even Windows Phone turn up with late in the year.

Once synonymous with all things related to consumer photography, Kodak is at an impasse as it runs out of patents to sell to make up for its flagging product lines. A great and culturally important brand, Kodak needs to find a way to profit be it through innovative products or by using its patents to get some money from the digital cameras or smartphones that are using Kodak innovations.

Maybe they should go the “Beats by Dre” avenue and offer “Imaging by Kodak” branding partnerships with smartphone makers which would help them maintain relevance or at the very least make some money off each smartphone sold. It would be a shame to seek Kodak get cannibalized after 133 years of innovation and truly life changing products.

Another titan of the photography world seems to be in dire straits. Olympus has had a Jekyll and Hyde couple of months. On one side its PEN line of Micro Four Thirds cameras are the toast of the photographic community as being truly innovative and user friendly devices that can take great pictures with minimum fuss. The ugly side is a billion dollar scandal and executive rigmarole that is the stuff of high drama and that could adversely affect the brand’s future.

In terms of producing great technology and popular products, Olympus is on the right track but it needs to clean up its public image and address the issues and personalities involved in the accounting scandal.

When was the last time you heard anyone say anything about Yahoo?

A company that once defined the Web and everything successful about the Internet Yahoo! has put itself in such a situation that even prospective buyers are cautious about its future.

An example of a company that had it all, sat on its early success and got too big, Yahoo! is ripe for takeover. With the recent news that founder Jerry Yang has resigned from the board and all responsibilities to pursue new ventures, many feel a shake-up is inevitable.

Not too long ago, Yahoo! was the gateway to the Internet, but since Google emerged, Yahoo simply failed to compete. 2012 might be the year for them to turn the ship around.

There’s no doubt that Nintendo has found success through customer loyalty and innovative products. Looking at the Wii console as well as the Nintendo 3DS 3D console, both of which were daring releases that brought something new to the market, we find the future for Nintendo quite murky.  The game titles haven’t exactly been flying off the shelf, the hardware is dated compared to the competition and even the Wii’s motion controllers have been overshadowed by newer, neater interfaces from Microsoft and Sony.

Few of the blockbuster titles, mostly violent first person shooters or war simulators, make it to the Wii which seems to focus on a younger demographic and this could hurt the company in the long term. Nintendo now has to go to its innovative core and push harder in order to remain relevant in the multi-billion gaming market.