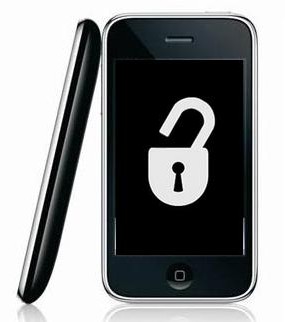 Phone unlocking is always one of those hot-button issues when it comes to mobile freedom, but most consumers buy their phones subsidized by the carriers through contracts. These phones are locked to their respective carriers, making it difficult to use them as leverage to leave for another provider.

Canada’s ‘Big 3’ incumbents, Bell, Rogers and Telus, each announced phone unlocking policies in 2010-11 wherein monthly subscribers on an expired or no contract could pay a flat fee to unlock their phones. Since then, Bell has apparently ceased the policy without officially announcing anything.

Rogers and Fido jointly announced that they would unlock any phones in either brand’s lineup as far back as December 2010. This is the official line from Rogers’ website:

Rogers will unlock handsets on both brands (Rogers and Fido). Customers can choose to unlock wireless devices 30 days after their term commitment expires and their contract terms are settled or after they purchase their device at full cost. We charge a one-time administrative fee ($50) to unlock a handset.

While we can unlock the majority of GSM phones, in addition to possibly being “locked” to their network of origin, phones and other GSM/GPRS devices purchased from other carriers may not be fully compatible with the Rogers Wireless network and services and may not work reliably or have full functionality. We will not be able to properly support and service any wireless device that has not been specifically designed to operate on the Rogers Wireless network.

When asked if there were any phones exempted from the policy, a Rogers spokesperson said that all handsets, including premium ones like the iPhone 4S and Samsung Galaxy S II LTE, are part of the policy.

Telus had announced its policy start date for February 15, 2011, saying it would unlock any phone it offers for a flat fee of $50. The policy further stated that eligibility for the service required that the customer be a Telus subscriber with a monthly plan, have a phone connected to the network for at least a 90-day period, and that the phone “qualifies” to be unlocked. The policy applied equally to cases where the phone was purchased at the full, unsubsidized cost.

The language used in the policy seemed to indicate that all phones were covered, but the iPhone appears to be the key handset exempted. The reason given is because of “technical limitations”, which may be jargon for Apple’s restrictive end user licensing agreement that voids the warranty when the phone is unlocked or jailbroken.

There has been no change to this policy since, , but according to Telus, there is an ongoing process to bring iPhone unlocking into the carrier’s overall service offering. The technical limitations impeding this are difficult to ascertain, and Telus doesn’t describe them in any detail on their website.

The key difference between Rogers/Fido and Telus in this regard is that Rogers won’t unlock a phone that is already under contract, whereas Telus will. As is, Rogers and Fido are the only carriers willing and able to unlock an iPhone in all of North America. The downside, as mentioned previously, is that your contract term has to expire to take advantage of that.

Despite all this, there are a wide number of iPhone unlocking options that have popped up on the Web, usually for a fraction of the price of the carriers.

If there are any questions from you, the readers, please comment and we can address them with our contacts at the carriers.